Tributes poured in on social media for Hagen, who had been suffering from Motor Neuron Disease for the past two years.

The former Scotland Under-21 international started out at Rangers, making his debut in 1992, winning the treble with the club and he helped them almost reach the Champions League final.

Rangers released a statement after the news, they said: ‘We send our heartfelt condolences to the wider family circle at such a difficult time. Words cannot express, nor provide comfort, for a family during these circumstances.

‘David will be remembered for his part in the famous Nine in a Row side and featured in the amazing 1992-93 season when Rangers won the treble and came within one game of the Champions League final.’

Tributes also came in from his former club Falkirk, who tweeted: ‘We are devastated to learn of the passing of David Hagen. 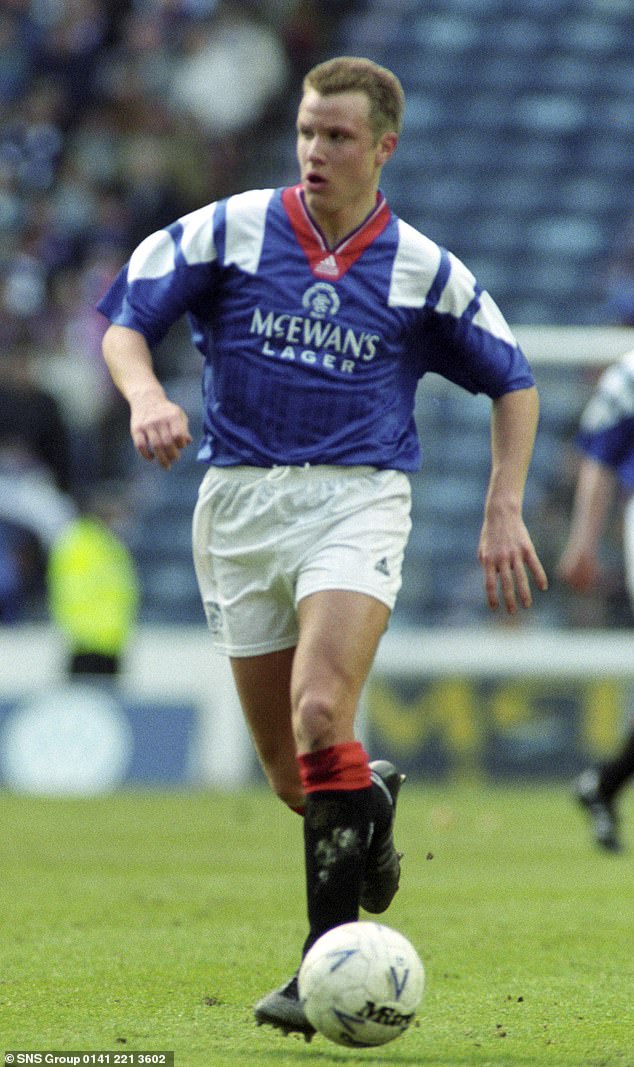 Tributes poured in for Hagen, who was suffering from Motor Neuron Disease for past two years

‘David fought a courageous fight against MND and will forever be remembered by everyone associated with the club.

‘The thoughts of all at Falkirk FC are with David’s family at this time.’

Livingston FC also expressed their sadness at the 47-year-old’s passing, as they wrote: ‘David spent one season at the club in 2000/01, helping guide us to promotion to the old SPL. Our thoughts are with his friends & family.’