A former teacher at a prestigious Sydney school faces the possibility of giving birth in jail when she is sentenced this week.

A 34-year-old woman has pleaded guilty to five counts of sexual intercourse with a person under her care when she worked at Sydney Grammar School in 2016.

The woman, who met up with the 17-year-old victim at her home, a classroom and a school storage cupboard, previously told the NSW District Court she thought they were involved in a ‘very mutual love affair’.

The teacher, who cannot be identified, was married at the time of the offences.

When the her sentence hearing resumed on Monday, the judge was told by the Crown that a a full-time jail term is the only appropriate sentence, despite the woman currently being pregnant.

Prosecutor Lara Gallagher said that advice received from Justice Health indicated the woman’s pregnancy, birth and any care the baby needs after the birth can be ‘well handled’ in a custodial setting.

But the ex-teacher’s barrister David McCallum described the Crown’s submission was ‘somewhat ambitious’.

‘It is simply not correct that Your Honour should not, therefore, take into account the circumstances of the offender’s pregnancy,’ he told Judge Paul Lakatos.

He told the court it was an exceptional case due to new information that the baby ‘has some condition that will require some kind of corrective treatment’ when it’s born. 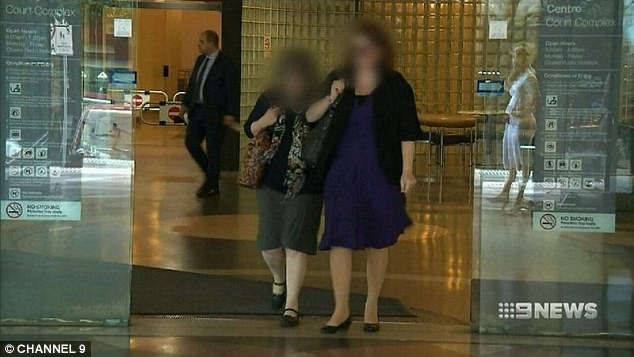 The former teacher, who is currently pregnant, will be sentenced on Friday (February 2).

He added that the case involved ‘special circumstances’ which would allow the judge to significantly vary the standard ratio between any jail term and the non-parole period.

The court previously heard the then-teacher bombarded the student with text messages for months after he ended their sexual relationship, apologising, professing her love and referring to herself as a ‘f***ing monster’. She sent one text message on behalf of her dog, who ‘would like to say hello and ask how you are’.

‘He knows it’s over between us, but he still cares about you. He hopes you won’t stay angry too long and that maybe we can talk before school goes back,’ the message read.

The woman will be sentenced on Friday (February 2). 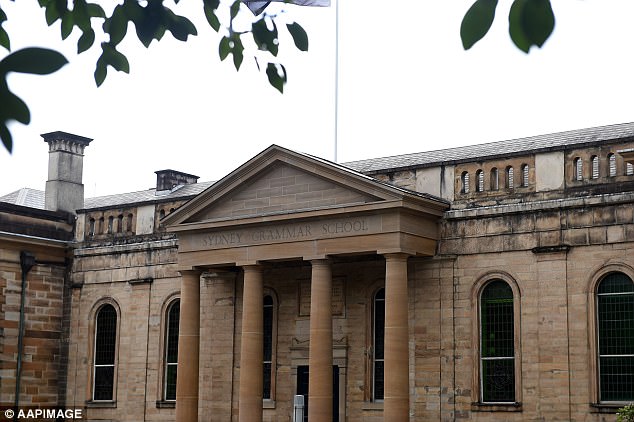 The woman met up with the student in a classroom and a school storage cupboard at Sydney Grammar School (pictured) , as well as her home