Former senator Jacqui Lambie has jumped back into the dating scene after 15 years of being single.

The 47-year-old Tasmanian documented her quest for love, from speed-dating to raunchy sex-toy themed parties with her girlfriends, on Channel Seven’s Sunday Night.

‘So I don’t have a bloke, first of all, because I guess I’ve been by myself for so long, I’ve just switched off on that side of life, and I’m actually finding that quite difficult,’ she told the program.

‘I think that what I’m looking for is just a good Aussie bloke, can hold his own. Um, you know, doesn’t have too much drama in his life. Preferably none at all.

To meet eligible men, Ms Lambie attended a speed-dating event, downloaded apps like Tinder and Bumble and hired a matchmaker, who also gave the 47-year-old a makeover.

She even travelled to NSW to attend a Bachelor and Spinster Ball with a girlfriend.

During the series of dates, she found chemistry with a fly-in, fly-out mine worker, an IT worker originally from Mexico and a successful single father.

Despite the popularity of dating apps, Ms Lambie appeared uncomfortable flicking through the profiles of numerous men.

‘So when it comes to these online apps, they are very sketchy. I basically don’t know who’s who in the zoo,’ she said.

‘They’re worse than what Facebook is at the moment, and I’m quite disgusted in the way some of these apps are running.’ 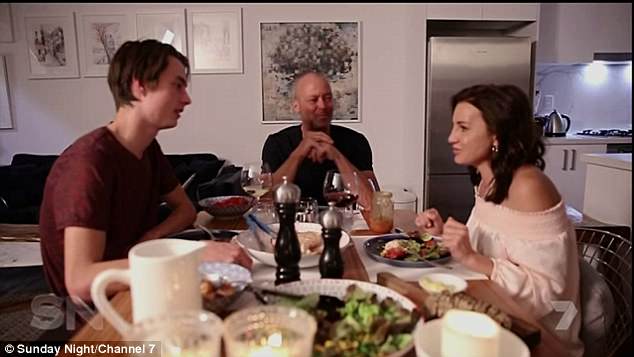 Set up by matchmaker Samantha Jayne, Jacqui Lambie’s blind date with Gregg was a success and resulted in her being invited to dinner at his home with him and his son (pictured)

In an opinion piece penned for The Sunday Telegraph, Ms Lambie called for a Senate inquiry into those apps, saying they’re ‘just not all they’re cracked up to be.’

‘If you ask your mates, everyone has had a tough time meeting people online or via Bumble and the rest of them,’ she wrote.

‘We worked so well on worthy legislation. Wish you were back. Tonight’s TV was cringeworthy. Vomitville. You’re so much better than that,’ federal senator Derryn Hinch tweeted. 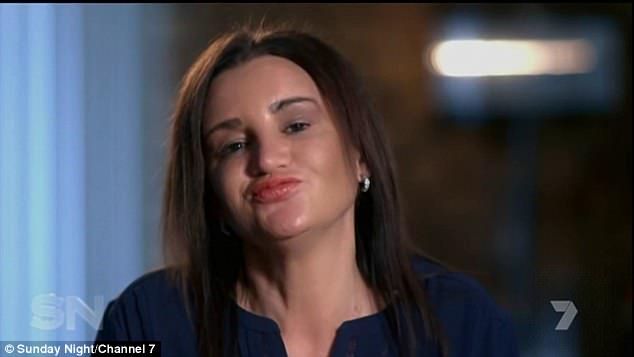 During the series of dates, she found chemistry with a fly-in, fly-out mine worker, an IT worker originally from Mexico and a successful single father

But the feedback wasn’t all critical.

‘This episode of all about Jacqui Lambie looking for love is actually fantastic,’ one man tweeted.

Ms Lambie said her search for Mr Right is in its early days but the three real-life dates gave her hope.

‘I just want somebody that is going to not just be my partner, but my best friend as well for the rest of my life. That’s what I’m looking for.’ 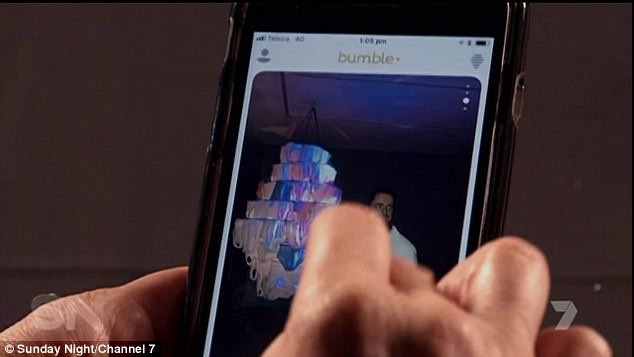 Jacqui Lambie believes there should be a senate inquiry into dating apps. ‘I am quickly losing my self-esteem — they are about as much help as I am when it comes to the dating game,’ she wrote in an opinion piece