A frugal mum from New Zealand who was once an uncontrollable shopper has revealed how she slashed her spending to just $40 a year.

Kathleen Cooper, 47, from Wellington, doesn’t describe herself as a shopping addict, – it’s a label she says she isn’t comfortable with – although she will readily admit she has spent thousands on things she didn’t need.

Her ‘downfall items’ were clothing, makeup and stationery and before taking on a challenge to not spend for a year, she hadn’t been able to walk past a shop without making a purchase.

‘Whatever I had, whatever came into my hand, I just spent,’ she told FEMAIL.

Kathleen Cooper from Wellington found herself caught in a trap of spending all her spare income on downfall items; clothing, make up and stationery

‘We are financially comfortable so there wasn’t ever an issue where I couldn’t have what I wanted.

‘I could buy clothes, and makeup and shoes without this having a negative impact on the family so I found I was buying those things because I could.’

Endless shopping meant her wardrobes were bursting at the seams, and her drawers could barely close because they were so jam-packed with cosmetics, however, this wasn’t enough to deter her. 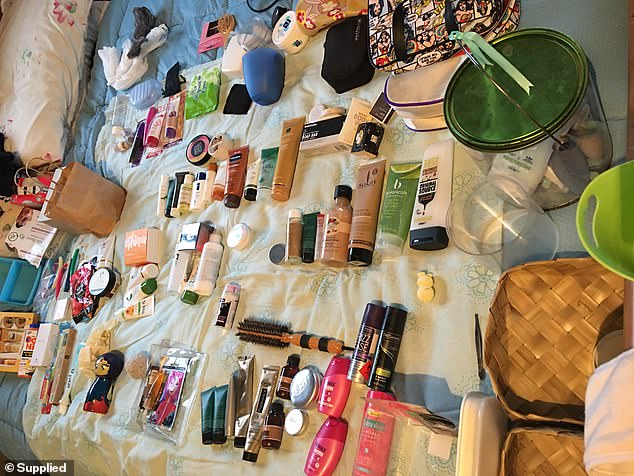 ‘I get an item, forget about it and then buy something similar the next week,’ Ms Cooper recalled.

Even before she had extra money and was raising her child on a benefit, the mum confessed to blowing every cent that came her way.

‘After I started earning more money I was still spending everything. I really struggled to save.

‘Any pay rise just got absorbed into my spending. I wasn’t savvy enough to think I had got a pay rise and should move that into a savings account.’

Ms Cooper’s spending never tipped over to the point where she was hiding her purchases from her wife and family but the situation wasn’t too far from being a reality, she said. 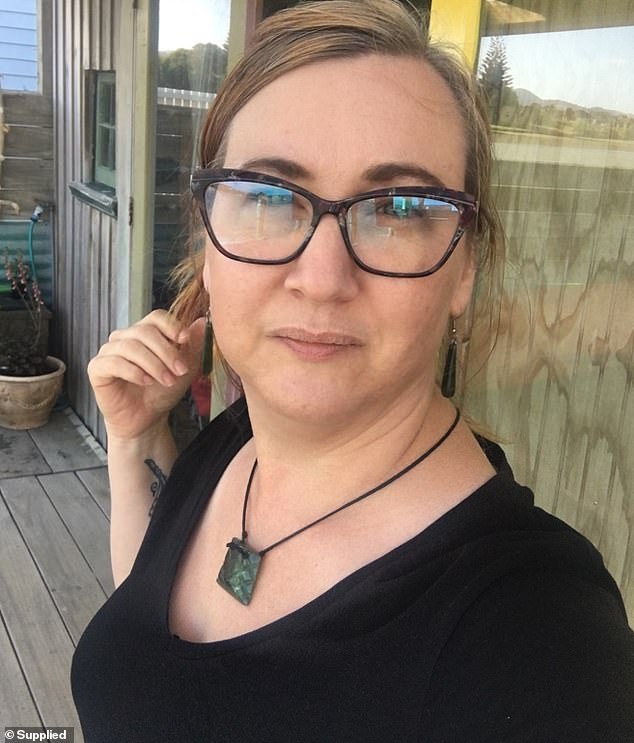 In 2017, the possibility her life needed to change had started to dawn on her and she was also confronted by the fact she was no longer getting the same ‘high from the buy’ she’d once had.

‘After I bought something and took it home, I wouldn’t feel great. In fact, I’d leave the shop with a feeling I’d been tricked into buying the things I bought.

‘I started to ask myself the question if I liked it enough to buy it at the time, why didn’t I like it when I got home?’ 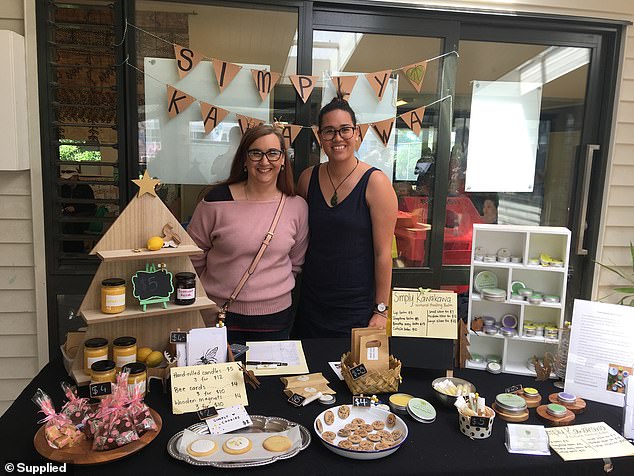 Overhauling her lifestyle, she said, needed radical action and the idea of taking on a no-spend challenge had started to appeal:

‘I’d heard about people committing to zero spending for a year, and I decided to give it a go.’

With the support of her wife Jody, Ms Cooper said she started to lay the foundation of what a year without spending would look like.

‘I needed to stop bringing stuff into the house. My key thing was I knew I had to be grateful for the things I’ve got.

‘And if I wanted to be grateful, then I would have to act grateful and for me, acting grateful meant using what I had and not buying more things.’ 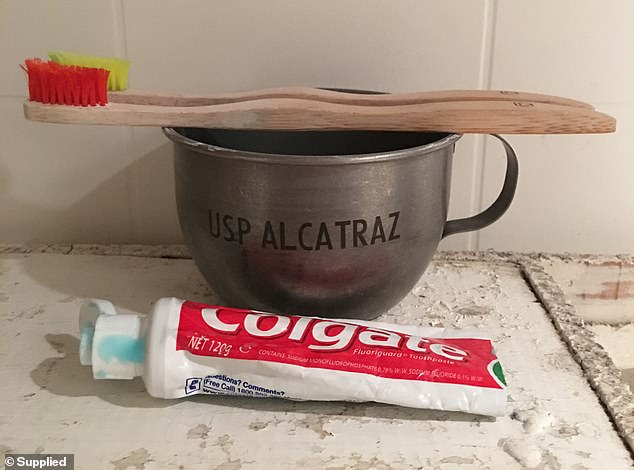 Staying the course meant going as far as to use everything completely before another replacement item was purchased (pictured, a toothpaste tube with the end cut off)

Reading a book called Not Buying It, helped, as did making a list of rules. A Facebook page would also be added as a way of keeping her ‘publicly accountable’.

Rule number one was everything had to be used up and not buying any ‘just in case products’.

‘For example, I had six different foundation tubes. So that meant when one finished, I then had to use the rest before I was allowed to buy anything new.

‘To date, I’ve done a year of not buying any foundation, and I still have one unopened packet.’ 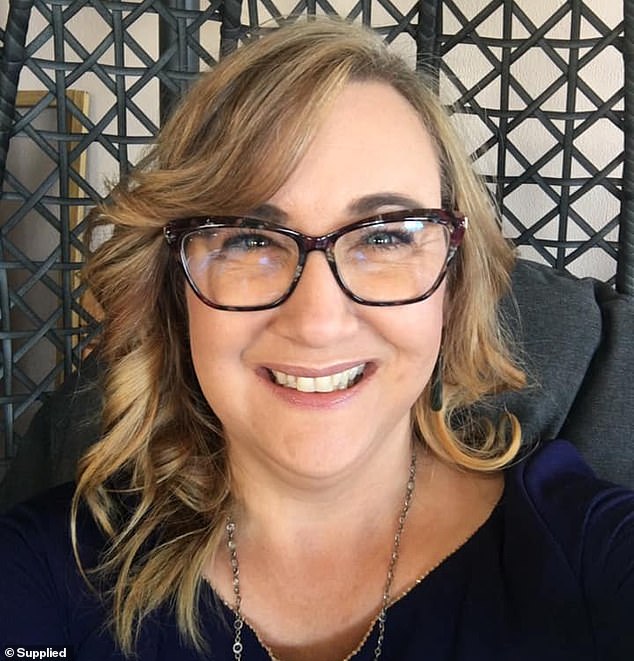 Rule number two was to not buy any new clothes – under any circumstances.

She said this was particularly hard to enforce as when she started the January sales were on in force.

Her third rule was to steer clear of spending on stationery. This meant no pretty notebooks or fancy pens. 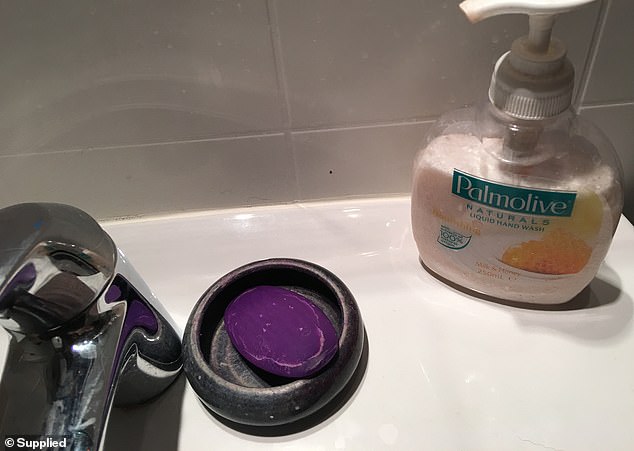 What were Kathleen Cooper’s savings actions?

* Only purchased one coffee per week from cafes

* Take a home-made lunch every day to work

Putting an end to her frivolous ways with a family in tow was tricky, Ms Cooper said; her partner didn’t have a problem with spending and didn’t need to tighten the reins.

To compromise, she said the pair would go out if Jody paid. To counter this, if they were eating at a restaurant, Ms Cooper would eat beforehand or eat the smallest thing on the menu.

‘It was cutting back on the overindulgence. Instead of an entree, a drink, a main and a dessert, I might have a main and a drink – and I would eat before I went out.’

And to bring in some extra income to bolster her family’s finances, she would also sell her range of handmade balms and lotions made from organic ingredients at local markets. 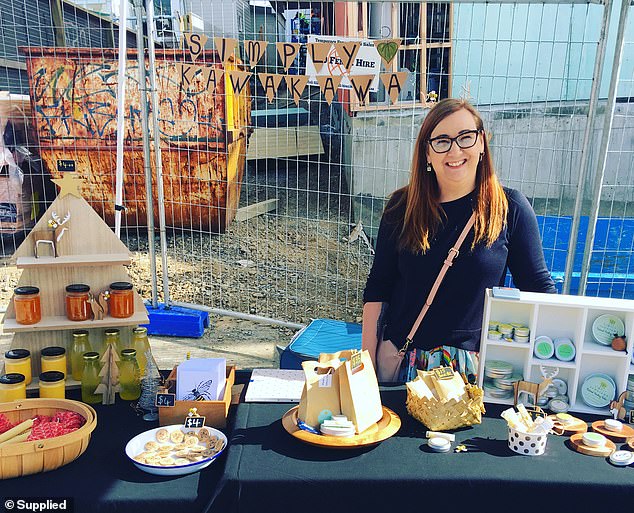 Ms Cooper says her embrace of a more frugal way of living gave her the ability to pay down $16,000 worth of debt

Finding other ways to acquire the things she needed meant thinking a little more creatively about her situation.

When winter rolled around and a new coat was called for, a clothes swap program provided the ideal solution.

‘I found a gorgeous coat to swap and it didn’t cost me a cent!’

Five months into her challenge, Ms Cooper sat down to tentatively work out how much she had spent.

Tallying up the cost of three ‘splurges’ which included socks, priced at $10, a $30 make up kit which she gifted to a friend, and two pens, she was delighted to see she’d spent a total of $40.

A few months on, she’d take a closer look at just how much she’d managed to save and was thrilled that by October she’d paid off $16,000 worth of debt and squirrelled away a further $7,000. 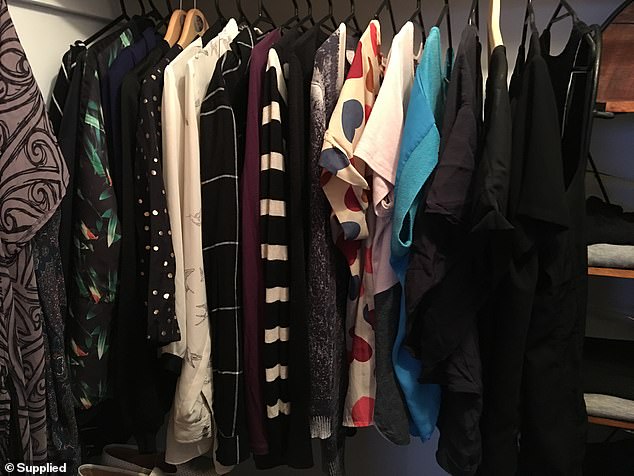 Ms Cooper’s determination to make it though the year paid off and not only did she come away with less debt and more savings, she said she learned more about what triggered her to spend in the first place.

‘One of the biggest challenges, was people would want to combine shopping with socialising,’ she said.

‘So they would say lets meet at the mall for a coffee but what that means to me it having to walk past a bunch of shops and having to look at them.

‘I started to make other plans with people because I knew if I went to the mall I wouldn’t be able to resist buying.’ 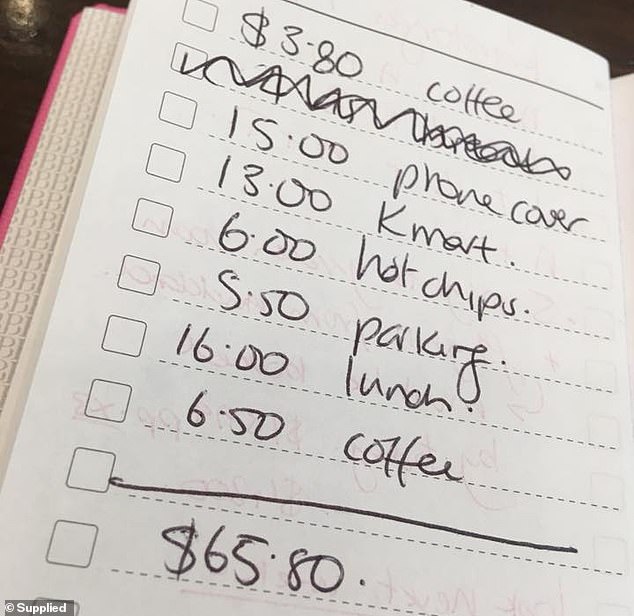 This year she will keep track of her spending using a spreadsheet. All purchases will be recorded but it will be limited to her three main vices.

‘I still have enough makeup, and I am still keen to keep going with the idea everything has to be used up before I buy something new.

And to those considering taking on a similar challenge, Ms Cooper offered these words of advice:

‘Actively stay away from temptation. Don’t think you can go somewhere and not spend because chances are you will.’