Fancy a brief slice of royal history? Former stripper holds up black underpants she claims Prince Harry tore off during his infamous Las Vegas strip before they are auctioned today

A former stripper is auctioning a pair of black underpants which she claimed Prince Harry tore off during his infamous Las Vegas strip.

Carrie Reichert, who now goes by Carrie Royale, 43, held up the underwear, which she thinks could auction for as much as $1million (£825.7 million) according to TMZ.

Royale claims that she was in the room with the Prince when he allegedly played air guitar naked with a pool cue at the Encore at Wynn Las Vegas hotel in August 2012.

The 43-year-old also claimed that Harry also sang ‘Beat It’ by Michael Jackson, and used a glove to cover his manhood.

She alleges that Harry gave her the underwear as a keepsake as she left the raucous bash in Las Vegas, where he partied naked and hugged another woman, in snaps which made headlines around the world.

Carrie Reichert, pictured, who now goes by Carrie Royale, 43, held up the underwear, which she thinks could auction for as much as $1million (£825.7 million) according to TMZ 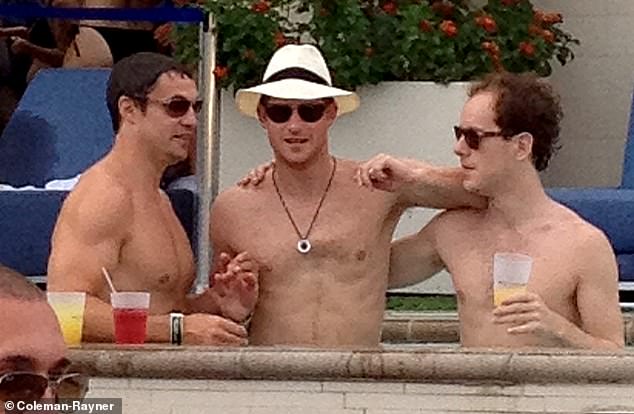 Pictured: Harry (centre) in Vegas with friend Tom Inskip (right), during his Las Vegas party which made headlines around the world 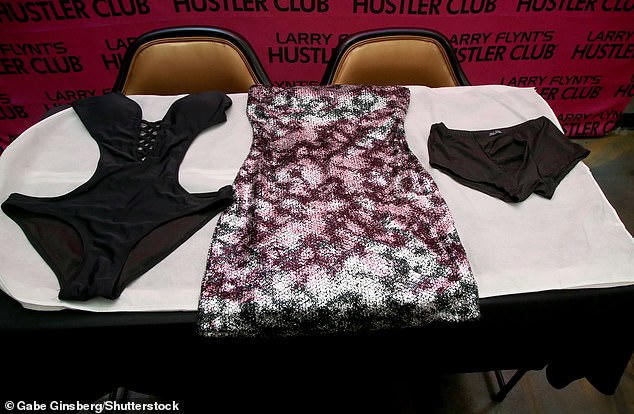 The items being auctioned by Royale, including the underwear and a swimsuit and cocktail dress worn by her on the night of the Las Vegas party (pictured)

Royale’s representative told the Mirror that Harry has turned into a ‘bore’ and that she is holding the auction to ‘remind him of his fun side.’

‘It’s a shame he’s all po-faced and serious these days. Even as a married dad of two, he should still let his hair down now and again – what’s left of it any way.’

Carrie used the royal’s underwear in a striptease act at the Hustler Club in Las Vegas, which is hosting today’s auction, held as the 10th anniversary of Harry’s trip approaches.

Royale is also auctioning the dress and swimsuit that she wore on the same evening in Las Vegas.

Some of the proceeds from the auction are reportedly going to Harry and Meghan’s charity, Archewell. 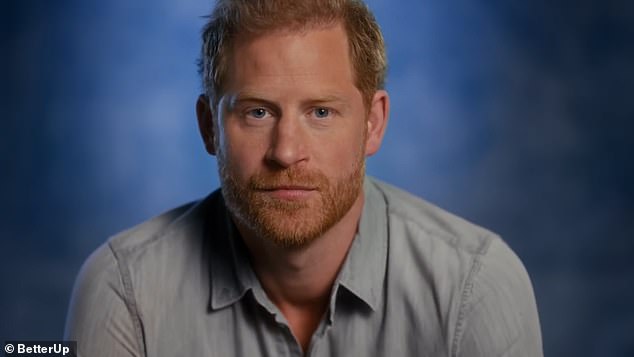