By Hannah Summers For The Mail On Sunday

A former police officer who was the face of a campaign to boost diversity in the Met Police has criticised its latest recruitment drive.

London Mayor Sadiq Khan has told Scotland Yard to double its target for new black, Asian and minority ethnic (BAME) recruits from 19 per cent to 40 per cent by 2022 to better reflect the capital’s population.

But former superintendent Leroy Logan – whose story is featured tonight in the next instalment of Steve McQueen’s BBC series, Small Axe, with a young Mr Logan played by Star Wars actor John Boyega – said the target was disingenuous.

He added: ‘It is beyond me how this can be achieved unless they bring in positive discrimination or massage the figures by including the number of police community support officers.

‘I’ve got some real concerns about the recruitment process, the calibre of the candidates, the training they will get and how they will be retained.’

Mr Logan joined the force in 1983 and said he experienced racism and bigotry from Met colleagues during his three decades of service.

He advised on policing targets following the 1999 Macpherson Report on the Met’s handling of Stephen Lawrence’s murder, which found the force to be ‘institutionally racist’.

Mr Logan, 63, said: ‘The aspiration then was to get the Met up to 35 per cent BAME recruits and 21 years on, we are just reaching the halfway mark.’

He added that moves to dramatically increase recruitment were ‘almost impossible’, claiming BAME officers were more likely to be discriminated against within the force and passed over for promotion. 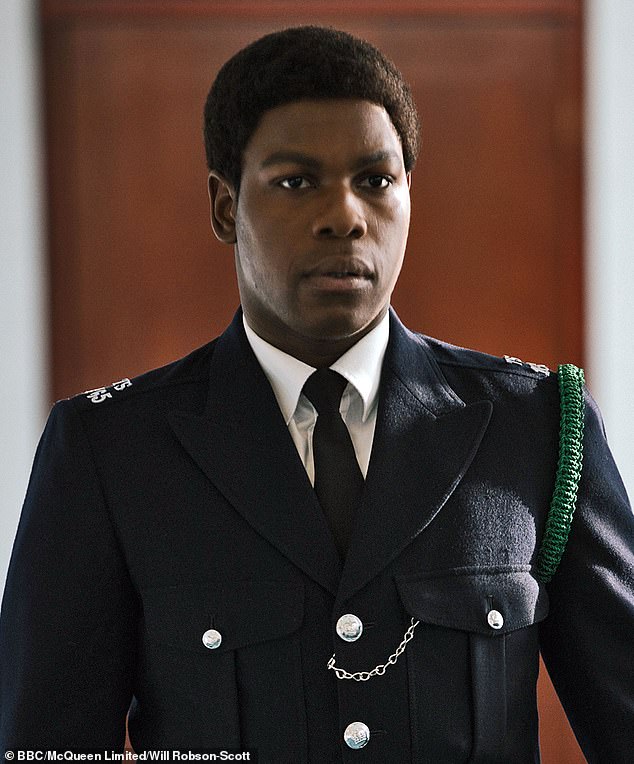 Mr Logan was awarded an MBE for services to policing and advised Mr Khan during his mayoral campaign. But he now says the Mayor has lost his grip on tackling violence.

‘Confidence in the police is at an all-time low, especially among young black people because of the type of policing they experience,’ Mr Logan said.

‘What he [Mr Khan] is doing now bears no resemblance to his manifesto and the figures speak for themselves.

‘Knife crime is almost the highest it has been for more than ten years and the ages of the suspects is getting younger. The police can’t keep arresting their way out of problems.’

While Mr Logan was going through the recruitment process, his father was badly beaten by two officers.

The assault nearly put him off but he continued, vowing to ‘not be like the policemen I’d had bad encounters with as a youngster’.

Driven by a conviction that he could only change the system from within, he went through the ranks and became founder and national chairman of the Black Police Association.

Since retiring in 2013, Mr Logan has been working with marginalised young people through his charity, Voyage Youth.

A spokesman for Mr Khan said: ‘The Met agreed it could reach a target of 40 per cent of new recruits from BAME backgrounds from 2022 and Sadiq is backing the Commissioner by investing £300,000 from City Hall to encourage young black Londoners into policing.’ The spokesman added that violent crime in the capital was falling.

Met Commissioner Cressida Dick has acknowledged the Met Police is not free of ‘discrimination, racism or bias’ but denied the force is ‘institutionally racist.’

She added it took a zero tolerance approach to racism.