Former teammate describes how St. John’s lacrosse captain ‘pulled out a knife and stabbed him’

Former St. John’s lacrosse player who was left with his ‘intestines hanging out of his stomach’ describes in court how his teammate ‘pulled out a knife and stabbed him’ during house party brawl

A former St John’s University lacrosse player who was stabbed in the gut and left with his ‘intestines . . . hanging out of his stomach,’ appeared shaken in a Queens court Monday as he described the horrific attack that stemmed from a house-party brawl over loud music.

Justin Corpolongo testified that the brutal fight with his then-roommate Matthew Stockfeder, 24, in 2019 began when he arrived home from work to a rowdy party with blasting music.

The two were friends and former teammates on the St. John’s lacrosse team in Queens, New York.

Corpolongo, whose room is beneath the area where the party was, told the court that after politely asking the 20 partygoers to turn the music down, he said he ‘went upstairs and pulled the power cord out of the speaker,’ the New York Post reported.

Stockfeder and their other roommate took off in a huff and headed to the nearby fraternity house to watch Monday Night Football on TV.

Throughout the night, Stockfeder allegedly sent a series of mocking text messages to Corpolongo.

At around midnight, Corpolongo went to the frat house and confronted Stockfeder about the texts, which resulted in the violent physical confrontation.

Justin Corpolongo testified this week about the brutal fight with his then-roommate Matthew Stockfeder in 2019, which stemmed from an argument over a rowdy party with loud music 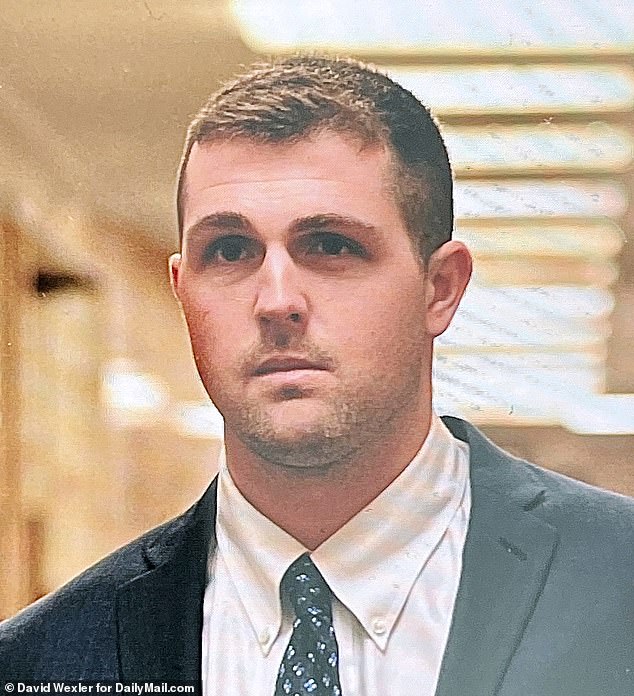 Richard Sullivan, the first witness to take the stand Monday told the jury that while at the frat house, Stockfeder grabbed a steak knife and stuck it in his waistband.

When asked why he had a knife, the ex-lacrosse captain responded, ‘to defend myself.’

Sullivan also said Stockfeder ‘was holding his phone with both hands and looked like his face was buried in it.’ 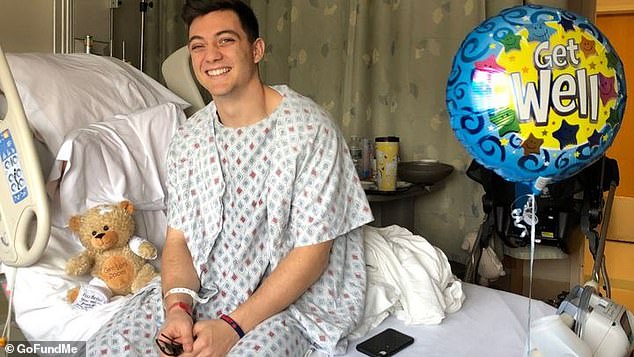 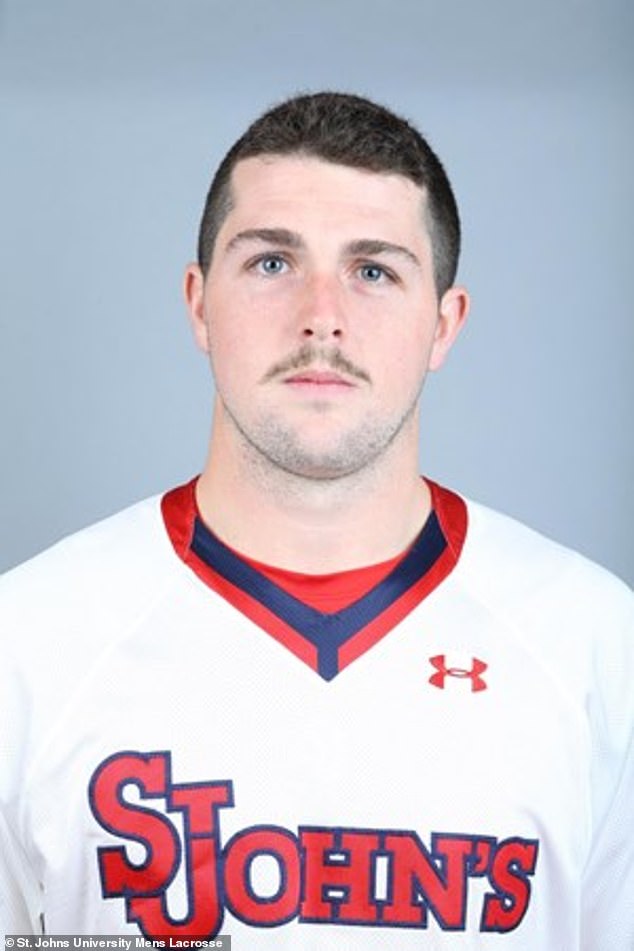 Matthew Stockfeder, a former St John’s University lacrosse team captain, is on trial for allegedly stabbing his roommate in 2019. His attorney said he reacted out of fear

When Corpolongo arrived at the frat house to confront Stockfeder about the texts, he threw the first few punches, Litourgis said Monday.

Some of the other lacrosse players attempted to break up the brawl, and that’s Stockfeder ‘took a knife from his waistband and plunged it not once but twice into his [ Corpolongo’s] lower abdomen,’ the ADA said. 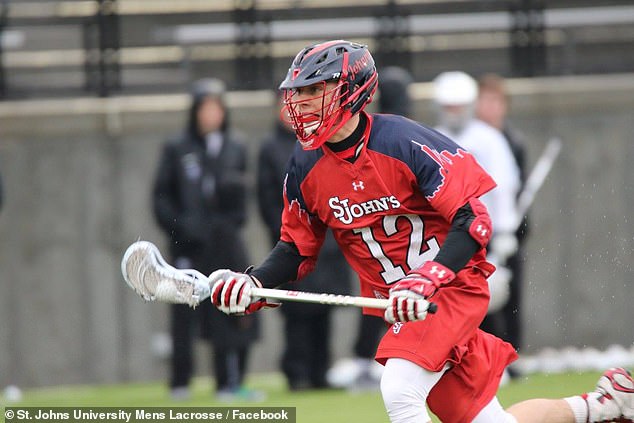 Corpolongo was rushed to New York-Presbyterian Queens Hospital, where he underwent surgery to reconnect his small intestine and have a small cut to the left side of his abdomen stitched up.

A doctor who treated Corpolongo told police that the then-26-year-old’s knife wound was four-five inches deep in his abdomen.

He later told police he did not realize what had happened until he saw his own intestines sliding out of the wound in his stomach.

Corpolongo is expected to appear in court again on Tuesday to describe more details of the fight and stabbing.

The trial is set to last four days. 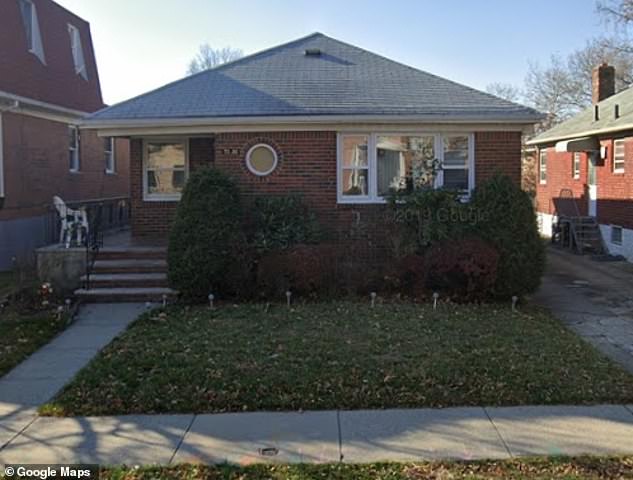 Corpolongo went to a Queens frat house and confronted Stockfeder about the texts, which resulted in the violent physical confrontation