Former England football manager Glenn Hoddle was seriously ill in hospital last night after collapsing in a TV studio on his 61st birthday.

Hoddle, one of the finest players of his generation, had appeared on BT Sport where he was filmed smiling while playing football tennis with other former professionals shortly before his collapse.

Stunned pundits looked on in horror as a BT Sport show- runner, who had first aid training, started chest compressions before an ambulance crew arrived.

It is reported that one of the crew put him in the recover position, but he had stopped breathing and onlookers thought he was dead. He received CPR and had a defibrillator placed on his chest before being rushed to hospital.

One onlooker told The Sun on Sunday: ‘He was dead in their arms, we thought Glenn had died in the studio there and then. It was so shocking and chilling.

‘For a split-second people thought it was some kind of joke then witnesses froze in panic as reality gripped and we feared he had gone.

‘A studio worker leapt in to bravely try and pull Glenn back from the brink of death. He was attributed with bringing him back to life. This was all moments from happening live on air with cameras still rolling.

‘It was the last thing to expect and couldn’t have been more serious.’ 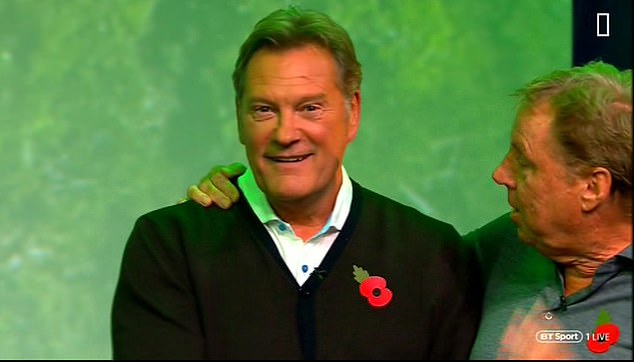 Last night, shocked former Tottenham manager Harry Redknapp told The Mail on Sunday: ‘He was fine one second and then the next second he was on the floor.’

He added: ‘I don’t know what caused it but it was obviously very serious right away.

‘One guy from BT Sport was fantastic – he was first aid-trained and he was excellent.

‘It was a desperate situation – you just think, “Please God, he will be OK”. You won’t meet a nicer guy than Glenn. It was a great day, it was his birthday, we were all having fun and a laugh and without warning he was on the floor. It was really upsetting to see. Obviously we all wish him and his family well and I hope he can make a speedy and full recovery. That is the most important thing.

‘I have known Glenn ever since he first burst on to the scene. He is a great football man and a great guy.

‘I’ve never heard him have a cross word with anyone – he is an absolute gentleman and we are all praying for him.’ 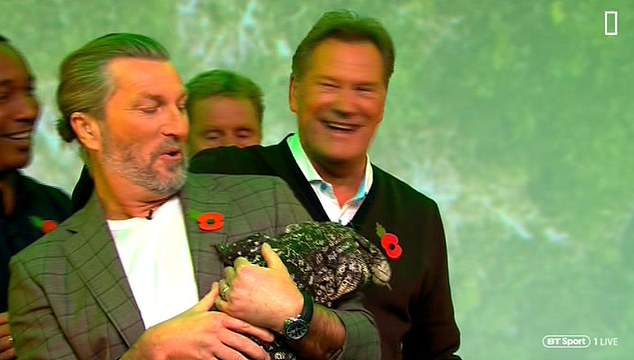 As Hoddle was rushed to hospital, BT Sport’s afternoon results show was cancelled and messages of goodwill poured in for the father of three.

He appeared in good spirits during the programme, which began at 11.30am, and laughed as Savage and Steve Sidwell, another former player, presented him with a birthday cake with candles in the shape of the number 61. 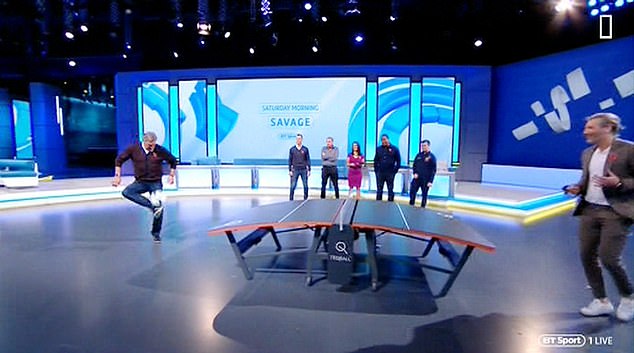 Before blowing them out, Hoddle – whose younger brother Carl died suddenly in 2008 aged 40 from a brain aneurysm – joked: ‘You’ve got the numbers mixed up.’

He then took part in an I’m A Celebrity-style quiz and ended the show playing football tennis with Savage and former England midfielder Paul Ince on a specially modified table. 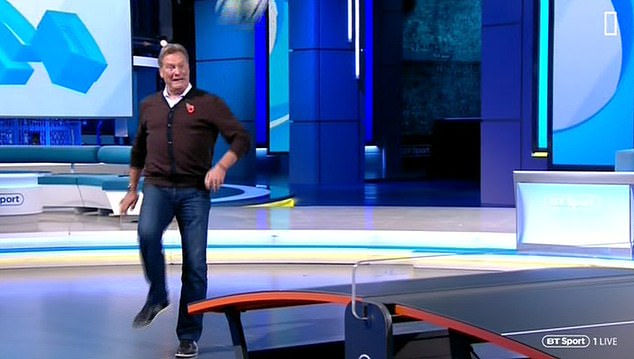 As Hoddle’s condition was being assessed at an unnamed London hospital, BT Sport Score presenter Mark Pougatch announced the cancellation of the results show. ‘Unfortunately, we’re not going to be able to bring you a programme this afternoon,’ he said.

‘Earlier today, I’m sad to say, Glenn Hoddle was taken ill. He’s gone to hospital where he’s receiving the best possible care and attention. It goes without saying all of our thoughts, and I know all the best wishes of football fans around the world, are with Glenn and his family.’

Match Of The Day presenter Gary Lineker, a former England team-mate of Hoddle, tweeted: ‘Hugely worrying news that Glenn Hoddle collapsed at the BT studios earlier. Thoughts are with him and his family. Come on, Glenn.’ 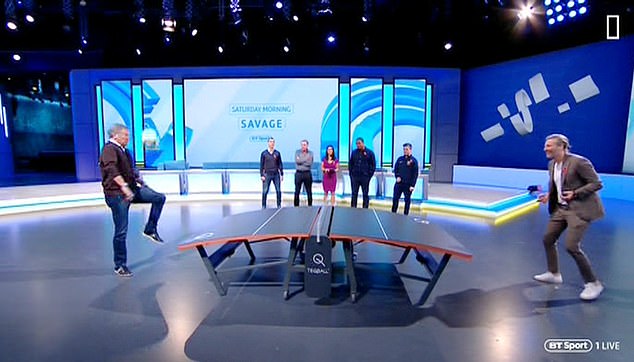 Former England and Tottenham goalkeeper Ray Clemence urged Hoddle to ‘stay strong’ and Chris Waddle, another of Hoddle’s former international team-mates, said: ‘Get well soon, Glenn. Our thoughts are with you.’

Former player and pundit Chris Sutton wrote on Twitter: ‘Thoughts and prayers for Glenn Hoddle and his family after he was taken ill today.’

Hoddle spent 12 years with Tottenham, where he was considered one of England’s most technically gifted players. 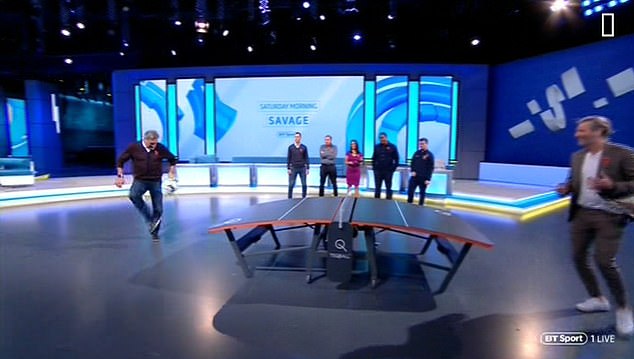 He was among the first English players to find success abroad when he transferred to Monaco in 1987. He returned to England in 1991, becoming player-manager first at Swindon and then Chelsea. After retiring as a player, he was appointed England manager in 1996 and took them to the World Cup finals in France in 1998.

But his tenure ended amid controversy the following year after he gave faith healer Eileen Drewery a role. 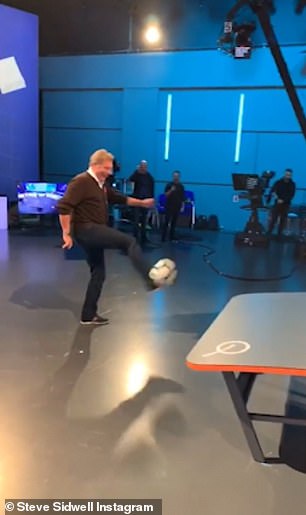 He was also forced to admit to a ‘serious error of judgment’ after suggesting that disabled people were being made to pay for the sins of past lives.

He recovered from the scandal and later went on to manage Southampton, Tottenham and Wolverhampton Wanderers before quitting management in 2006 and beginning a new career as a television pundit.

Hoddle was devastated when his brother Carl, who played for Barnet and Leyton Orient, died after collapsing at his home in Hertfordshire.

Their father, Derek, died in 2002, aged 68, shortly after collapsing from a stroke.

Hoddle has had a turbulent private life and split from his second wife, Vanessa, in 2015 after 15 years of marriage.

Two years ago, it was reported he had embarked on a relationship with masseuse Lisa Curtis.

Last night, a spokesman for Hoddle said: ‘His condition is serious but Glenn is currently receiving specialist treatment and responding well.

‘Glenn’s family are with him and would like to thank everyone that has sent their support.’