Former Tottenham starlet Marcus Edwards has put pen to paper on a new deal with Vitoria de Guimaraes, despite reports linking him with a January switch to West Ham.

The Hammers had been heavily linked with the in-demand forward, who has seen his stock rise greatly since swapping English football for Portugal.

London-born Edwards, 22, has signed a lucrative new deal which represents his standing as one of Vitoria’s top players, with the news being announced on Thursday evening. 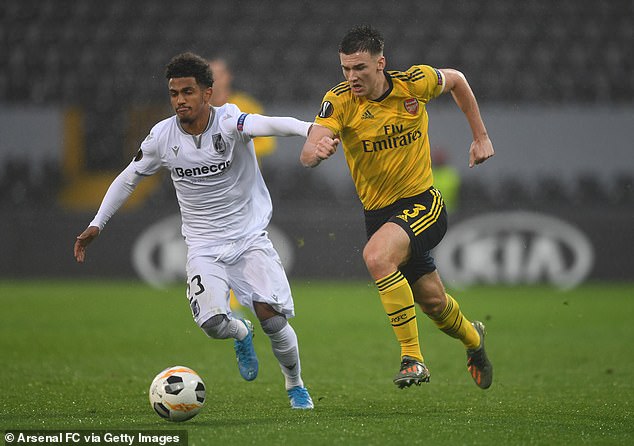 The youngster, seen in action against Arsenal, now has a £45m release clause in his contract

Edwards has signed a three-year extension with the club, keeping him contracted until 2024, with Vitoria confirming that the player has agreed to a £45million release clause.

A club statement read: ‘Edwards is serving the second season with Vitória SC, asserting himself as one of the most influential players on the team and one of the highlights of the Liga NOS, having even integrated the pre-selection for the best 11 of the season 2019/2020. 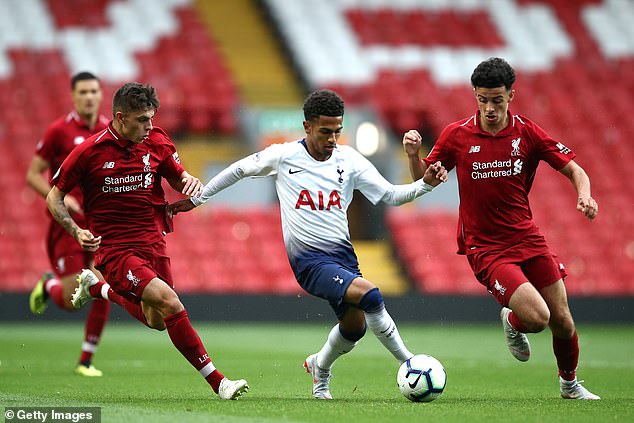 ‘The English under-20 international is also shielded by a €50m (£45m) termination clause.’

Reports in Portuguese publication OJogo had stated that Vitoria had been open to the possibility of allowing Edwards to leave, but only for a premium fee.

Edwards racked up an impressive nine goals and nine assists for Vitoria last season, in his first campaign with the club.