Donald Trump’s personal attorney on Thursday accused the president’s disgraced former lawyer of lying to Congress last week when he said he ‘never’ asked the White House for a pardon.

Cohen told the House Oversight Committee last week: ‘I have never asked for, nor would I accept, a pardon from Mr. Trump.’

And Rudy Giuliani, who represents Trump’s personal legal interests, was in the room when Cohen’s first lawyer, Stephen Ryan, made his pitch.

Davis said that Cohen isn’t currently seeking a pardon to erase the eight guilty pleas that led to his impending three-year prison sentence, and insisted that has been the case since Cohen retained him on July 2, 2018.

‘The defense now to Cohen saying under oath he NEVER asked for a pardon is a familiar one; What’s The Meaning of Never,’ Giuliani tweeted. ‘Serial liars often try the same deception too often. Let’s hope Congress and DOJ are outraged at Cohen’s disrespecting them by perjuring himself repeatedly.’

Giuliani’s reference to a ‘familiar’ dodge was a jab at Davis’s former longtime client, the 42nd president, who once famously covered up a lie about his affair with White House intern Monica Lewinsky by dissembling about ‘the meaning of the word “is”.’

Disgraced former Trump attorney Michael Cohen is going to prison for three years in May, but his lawyers asked White House legal counsels about a presidential pardon last year 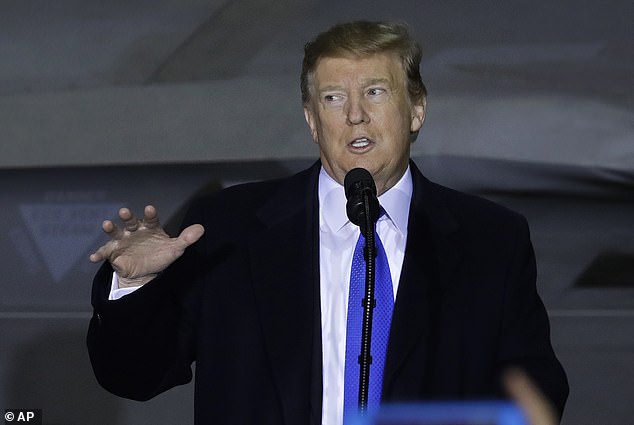 President Trump has almost certainly dismissed the idea of pardoning Cohen, who turned on him and accused him of committing crimes while in office 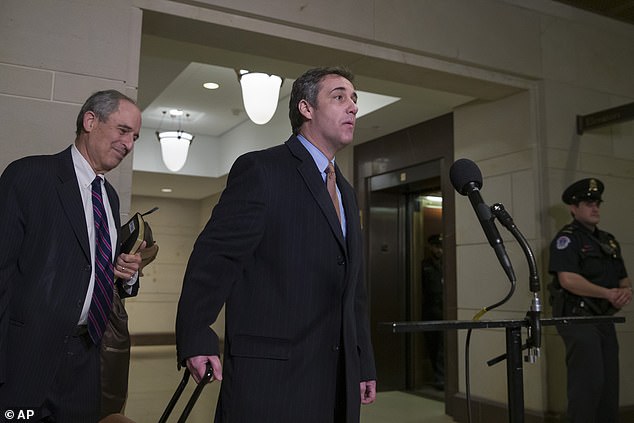 Cohen is pictured Wednesday with attorney Lanny Davis at the U.S. Capitol after giving closed-door testimony to the House Intelligence Committee; Davis confirms that Cohen asked his former lawyer to feel out the White House about a pardon

Clinton’s evasive moment, captured in Special Prosecutor Ken Starr’s report, came during grand jury testimony when he described telling curious aides that ‘There’s nothing going on between us.’

‘It depends on what the meaning of the word “is” is,’ he told the grand jury. ‘If the – if he – if “is” means is and never has been, that is not – that is one thing. If it means there is none, that was a completely true statement,’ he testified.

‘If someone had asked me on that day, are you having any kind of sexual relations with Ms. Lewinsky, that is, asked me a question in the present tense, I would have said no. And it would have been completely true.’

Davis had told The Wall Street Journal that ‘[a]fter July 2, 2018, Mr. Cohen authorized me as a new lawyer to say publicly Mr. Cohen would never accept a pardon from President Trump even if offered. That continues to be the case.’

Giuliani vented on Twitter: ‘Never means never ever[,] not after July 2,2018 which is the latest deception. Another perjury and more prison.’

Giuliani said the Democratic majority in the House of Representatives should ‘demand’ new criminal charges over Cohen’s claim he never sought a pardon.

‘I’m still waiting for the House Dems to demand a perjury prosecution for the man who made fools out of them by lying under oath. Do they care about the truth? Or is it get Trump at any cost, even to their own integrity?’ he asked.

Republican Reps. Jim Jordan and Mark Meadows have already referred five of Cohen’s statements during his open congressional hearing to the Justice Department in a referral that asks for a new perjury probe. 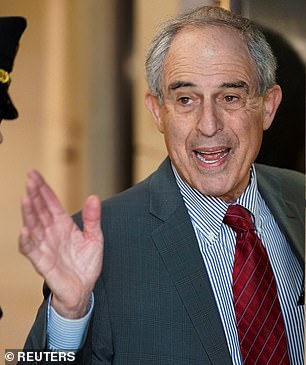 Cohen worked for President Trump and his real estate company for more than a decade but turned on him last year, cooperating with Special Counsel Robert Mueller and a New York federal prosecutor.

The FBI’s April 9, 2018 search warrants upended Cohen’s charmed life and sent a public signal that the special counsel’s Russia probe could be circling close to the White House.

‘During that time period, he directed his attorney to explore possibilities of a pardon at one point with Trump lawyer Rudy Giuliani as well as other lawyers advising President Trump,’ Davis said Wednesday.

He described the discussions as amounting to an ‘ongoing “dangling” of a possible pardon by Trump representatives privately and in the media.’

Facing criminal charges and hostile media, Cohen hired Davis to represent him and changed his public position on pardons.

Now Davis, an established Washington-insider attorney, is claiming Cohen’s statement last week ‘was true – and consistent with his post-joint defense agreement commitment to tell the truth.’

At the time Cohen’s first lawyer, Stephen Ryan, asked about a pardon, several White House lawyers dismissed the idea – but not Giuliani. 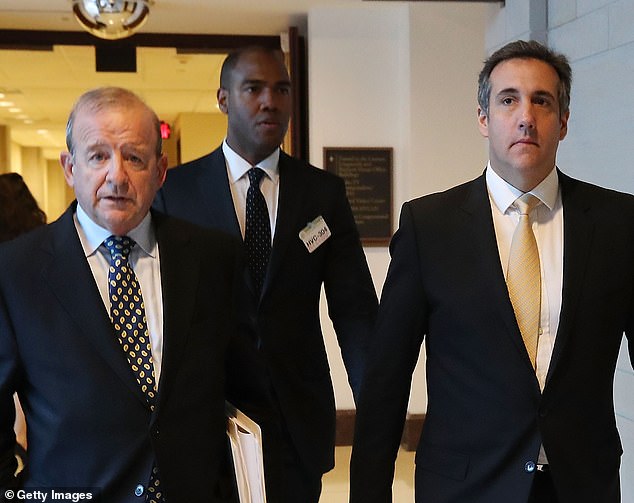 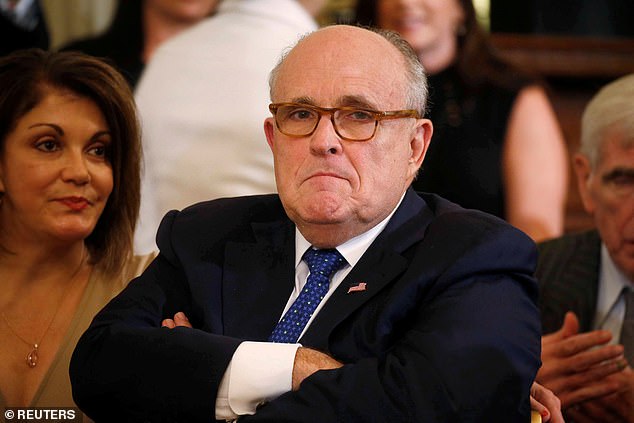 Jay Sekulow and Joanna Hendon said they wouldn’t consider it; the famously free-wheeling Giuliani, however, said the concept could win the president’s support in the future.

The topic came up while Ryan and attorneys for the president were working side-by-side to determine which of the documents in the FBI’s possession would be subject to attorney-client privilege.

Ryan left the impression in separate discussions with Trump Organization attorneys Alan Futerfas and Alan Garten that promise of a pardon would keep Cohen from cooperating with New York-based federal prosecutors.

Cohen has appeared on Capitol Hill four times since last week: once for the public hearing where he testified that he never asked for a presidnetial pardon, and three more times behind closed doors.