The cosmopolitan Dara Alizadeh equates rowing with his first sporting passion of wrestling, which he traded in for a sport that will see him try to help power Cambridge to victory in Saturday’s boat race.

With the physique of a large bear, Alizadeh will row at No 4, the same number as his four nationalities of British, American, Bermudan and Iranian.

At the University of Pennsylvania he won the North West regional competition in the sub 88 kilo category of wrestling before being told that he ought to concentrate on rowing, a choice which has already seen him represent the US in their under 23 national Eight.

‘I started wrestling at High School in Boston. In the winter I did wrestling and in the Spring I did rowing,’ he says. ‘I only started rowing seriously because the coach saw me do wrestling and suggested I would be a good build for rowing and here I am, it’s a bit surreal.’

The layman might not necessarily see it, but Alizadeh points out that there are many parallels between the grapple game and pulling an oar which have helped him excel.

‘It’s not the WWE style stuff it’s Greco-Roman version,’ he says. ‘They both reward toughness, they are both around six minutes because that’s what a wrestling match is and a conventional (two kilometre) rowing race. They are both extremely gruelling.

‘Finishing a 2K test and finishing a wrestling match are on a par. It’s very tiring, one person’s force against another’s. Unlike rowing where your force is against an oar handle this is someone trying to gain leverage but it’s an excellent workout, I would always be in excellent shape once I was in the rowing season.

‘They both have a lot of pulling and pushing and your grip is very important in both. Both are extremely physically taxing.’

He admits, however, that the unique demands of the Boat Race are extremely different to what he has come across before. 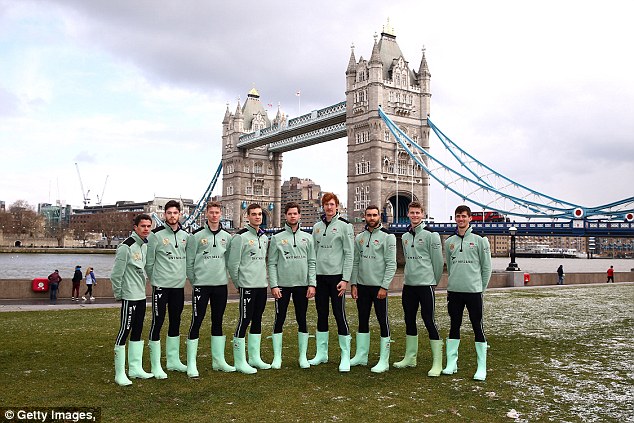 ‘This race is sixteen to eighteen minutes long and the side by side is a new thing for me. The tactics are different to a 2km race but of course that’s what we have adapted to,’ says Alizadeh, who is studying educational policy and spent two years teaching economics and coaching rowing at Winchester College.

His background of having a British mother and father of Iranian heritage – another reason he was interested in wrestling as it is a popular sport there – leave him with plenty of options if his rowing goes to plan at Cambridge.

‘I’ve thought about carrying on after I have finished my studies. If I got the opportunity I would take it. It’s a good question who for, it could be for the US, but I have a British passport and could also technically row for Bermuda.’

You would not particularly associate Iran with the Boat Race, but he is proud to partially represent the country in this quintessentially British event.

‘A lot of my family are still in Iran so I go and visit them regularly. It’s a lovely country I would love to see more people go there, the people are awesome, very hospitable. It’s a truly remarkable place I would recommend it.’