Writer on Matt LeBlanc’s failed Friends spinoff Joey recalls their ‘desperate’ attempts to save the show, revealing how live audiences would ’empty out’ as staff tried to rewrite jokes

A comedy writer for the Friends spinoff Joey has revealed how dismal the tapings for the flop two-season NBC sitcom really were.

Matt Hubbard, who has gone on to have success writing for shows like 30 Rock, Parks and Recreation, and Amazon’s Forever, took to Twitter on Tuesday night to share a grim tidbit from the show.

‘”Joey” tapings would go 7-8 hours as we desperately tried to rewrite jokes, to no avail,’ he said. ‘Eventually the audience would completely empty out.’

Yikes! A comedy writer for the Friends spinoff Joey has revealed how dismal the tapings for the flop two-season NBC sitcom really were

Rough: He said the live tapings would go on for seven or eight hours while writers tried to find jokes that worked

When Hubbard says ’empty out,’ he means it literally.

‘One night I looked up into the stands and one of the only people left was a man quietly reading “The Economist”. I think about this a lot,’ he added. 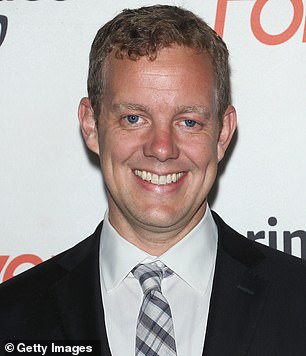 Writer: Hubbard has gone on to have success writing for shows like 30 Rock, Parks and Recreation, and Amazon’s Forever

Joey, like Friends, was taped on a soundstage in front of a studio audience, but it seems even the most die-hard fans who were excited about seeing Matt LeBlanc play Joey Tribbiani live could only endure so many hours of filming.

The show premiered on September 9, 2004 to 18.6 million viewers after Friends wrapped the previous May.

Ratings steadily fell until it reached a low of 4.1 million, and the show was cancelled partway through the second season on May 15, 2006.

The last eight episodes didn’t air in the US.

LeBlanc has since defended the show, telling the Awards Chatter Podcast: ‘The pressure was huge… I can’t lift the weight that six people were lifting. Those were big shoes to fill.’ 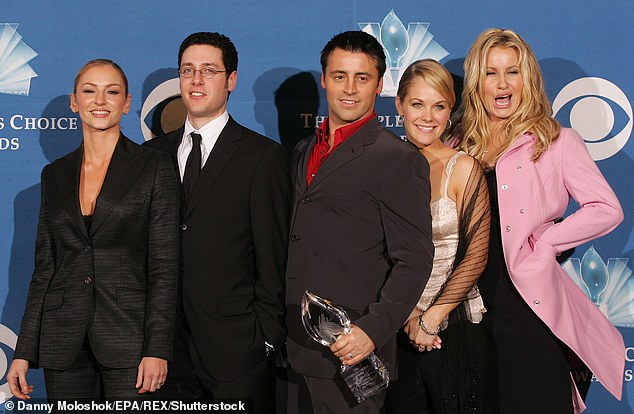 Flop: The show premiered on September 9, 2004 and was cancelled partway through the second season on May 15, 2006

‘I thought it was a good show, I really did. Was it Friends? No, it wasn’t — nothing would have been. But I was proud of it.’

Meanwhile, Kevin S. Bright, an executive producer and director on both shows, said the problem was that Joey didn’t have the same tone as Friends.

‘It didn’t allow Matt [LeBlanc] to have this carefree kind of lifestyle, and it tried to make Joey grow up — and I think that was a huge mistake,’ he said.

‘Joey, in my mind, should have been a kid for life, until he found the right woman that was willing to take care of this kid — and accept him as who he was.

‘I think the transformation of Joey into a guy who doesn’t know how to get a date, who doesn’t have any friends — I think that made the audience go away.’

After it was cancelled, LeBlanc took a break from acting, but returned to screens in the BBC/Showtime sitcom Episodes, which won him a Golden Globe Award for Best Actor in 2012.