Fort Lauderdale PD has taken to humiliating alleged looters online in a bid to curb thefts in the wake of Hurricane Irma.

On Sunday the PC announced on Twitter that it had arrested nine people who were caught on camera looting a pawn shop and nearby clothing store on Sunday.

That announcement was accompanied by a dryly funny message from Chief Rick Maglione, who said: ‘Going to prison over a pair of sneakers is a fairly bad life choice. Stay home and look after your loved ones and be thankful they are all safe.’

Miami PD joined in the fun, posting a picture of ten men in a jail cell with the caption ‘Thinking about looting? Ask these guys how that turned out.’

Nine people – six adults and three minors (some pictured) – were arrested for allegedly breaking into two stores in Fort Lauderdale on Sunday. They were filmed by a local news crew 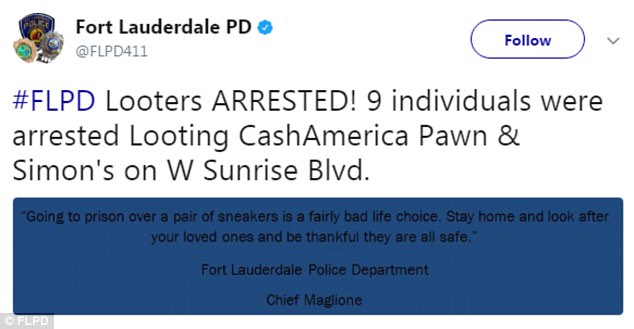 FLPD announced their arrest with a dry remark from its chief, who said ‘Going to prison over a pair of sneakers is a fairly bad life choice’ 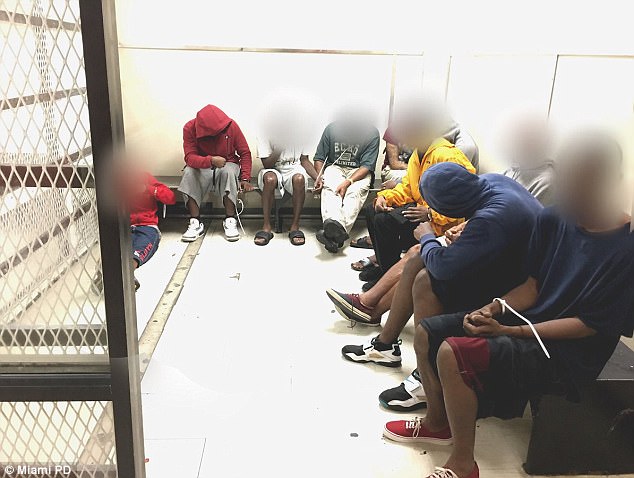 Meanwhile, the Miami PD released a photograph Sunday of ten detained men suspected of looting, with the message ‘Thinking about looting? Ask these guys how that turned out’

Video showed various members of the group entering and exiting the store through a broken window – some apparently leaving with merchandise.

In total six adults and three adults were arrested in connection with that break-in and charged with ‘burglary during a natural disaster,’ Casey Liening of the FLPD said.

That charge is a felony and holds the possibility of a longer sentencing, she said.

Brown was arrested on his birthday.

ABC Local 10 also reported that a group vandalized a Foot Locker in the city. It is not clear whether the two groups were the same or not. 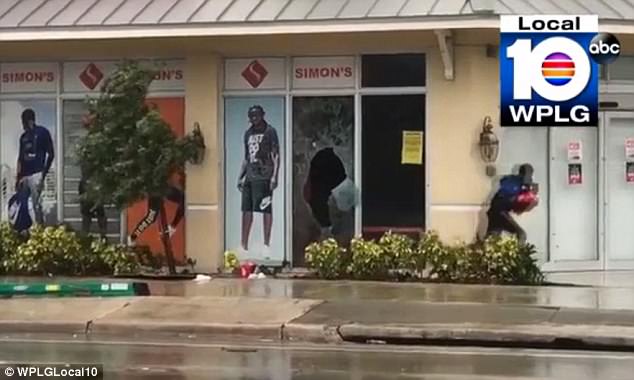 The adult suspects ranged in age from 18-38, and now face felony charges of burglary during a natural disaster, which can carry a heavier penalty than regular burglary 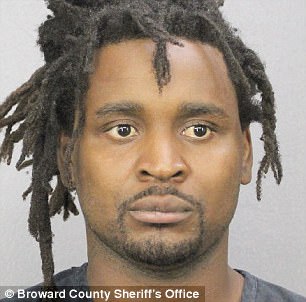 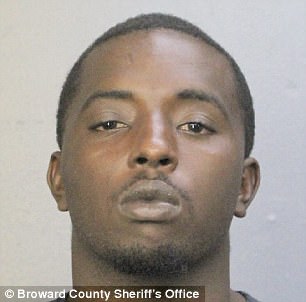 Tyrell Pratt (left), 23, and Michael Brown (right), 21, were both arrested in connection with the looting. Brown was arrested on his birthday 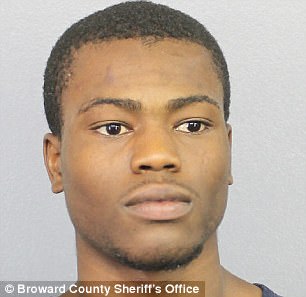 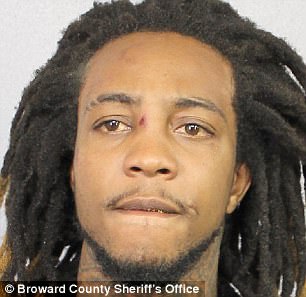 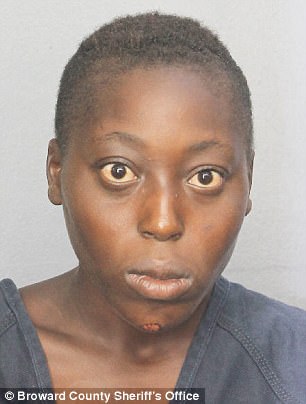 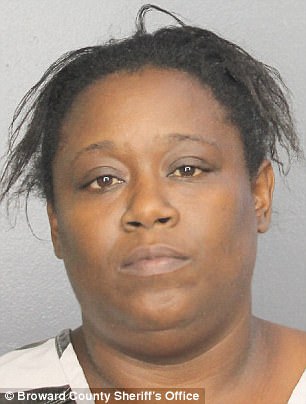 Zara Dumornay (left), 20, was one of two women arrested. Taken in alongside her was Teonhki Robinson (right), 38

Also on Sunday the FLPD posted up mugshots of two men it claimed had been breaking and entering overnight.

The department confirmed on Twitter that it suspected Ryan Cook and Max Saintvil, both 28, of breaking into six homes overnight.

‘Can’t say we didn’t warn you…’ the tweet added, referring to Saturday’s threat to arrest ‘anyone who intends to victimize our neighbors.’

These make up just over half of the haul that officers have made in the city in the wake of Irma’s assault.

On Monday, the FLPD tweeted: ‘We’ve arrested 19 people for burglarizing businesses & residences in #FortLauderdale throughout #HurricaneIrma.’

On Saturday a sheriff’s deputy shot a teenager and arrested another in the affluent Fort Lauderdale suburb of Weston after they allegedly broke into a home.

Local officials said that deputies responded to the home at around 3am Saturday after the owners, who were out of town, noticed that their surveillance system had been triggered by the burglars NBC 6 TV reported.

A deputy shot one suspect, 17, and arrested another.

The shot teenager was rushed to hospital with non-life-threatening injuries. 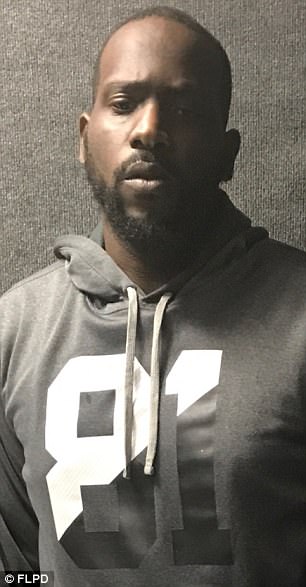 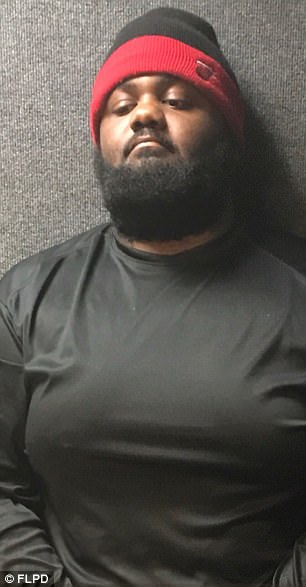 Fort Lauderdale PD also released photos of Max Saintvil (left) and Ryan Cook (right), who they say attempted to loot a home over the weekend

The FLPD joked ‘Can’t say we didn’t warn you…’ – earlier in the week it tweeted: ‘anyone who intends to victimize our neighbors during this difficult time… will be captured and arrested’

But Fort Lauderdale isn’t the only city affected by looting, with at least 32 people arrested across Florida for trying to steal from evacuated businesses and homes.

In midtown Miami, a local television reporter watched as at least a dozen looters undertook what appeared to be a well-coordinated theft of sporting goods at a shop on Sunday.

The suspects were seen walking out of the store with boxes of shoes and other supplies taken from the shop.

Cars were already parked outside to whisk them away when the alleged burglary took place.

Police arrived about an hour after the alleged looting began and took two people into custody, according to NBC 6.

The Miami Police Department released a photograph Sunday of ten detained men suspected of the looting.

‘Thinking about looting? Ask these guys how that turned out,’ the police department tweeted, with the hashtag #stayindoors.

People took to Twitter to condemn the looters and branded them ‘the worst kind of people’. 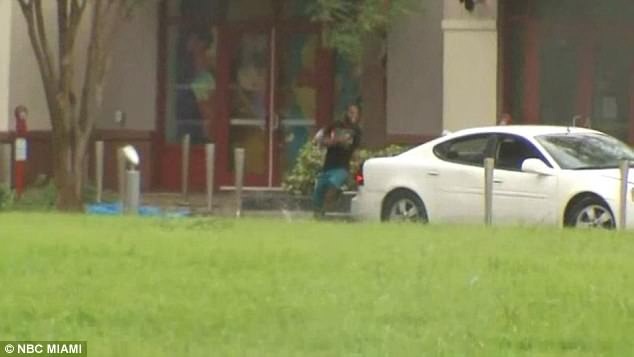 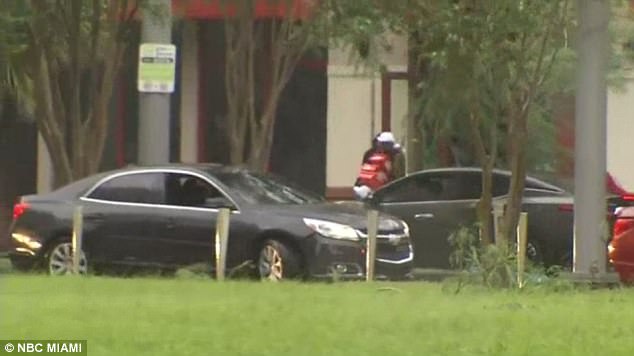 People took to Twitter to condemn the actions of the group, with this Twitter user describing them as ‘The worst kind of people’

Police were called to a frightening scene in Orlando after witnesses reported a burglary at Academy Sports near the Mall at Millenia on Sunday, WESH reported.

SWAT team officers were sent for when witnesses claimed that the burglars were trying to steal guns.

At least one person surrendered while another barricaded himself in the store and refused to leave, according to WFTV.

Soon afterward, Orlando Police released a statement announcing that officers took two suspects into custody and that the event was ‘peacefully resolved’. 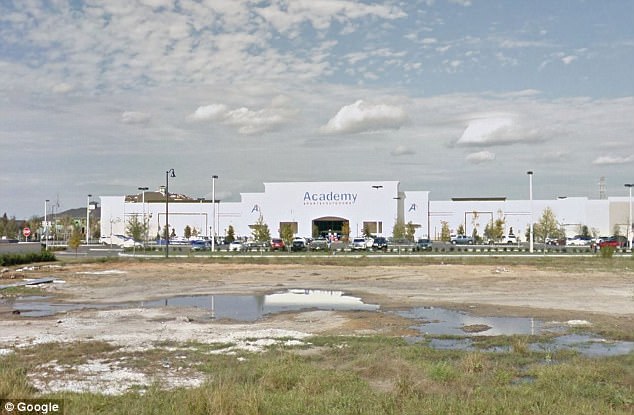 Two people burst into Academy Sports (pictued) an Orlando sporting store on Sunday and allegedly stole guns, before facing off with police

The confrontation turned into a standoff with the SWAT team, who reportedly used gas to smoke out a suspect when he refused to hand himself in 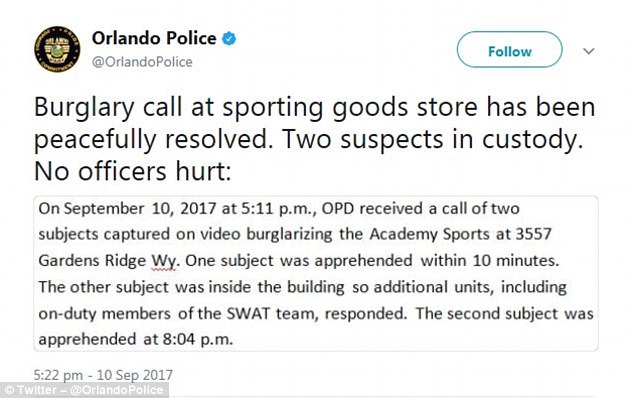 A utilities company near Orlando  also reported that a number of residents made disturbing complaints that people posing as utility workers are robbing homeowners at gunpoint, according to WOFL-TV.

In St. Petersburg, a family who evacuated their home in anticipation of the hurricane was horrified when they returned briefly to discover that their house had been looted, according to the Tampa Bay Times.

A home break-in was also reported in Polk County. 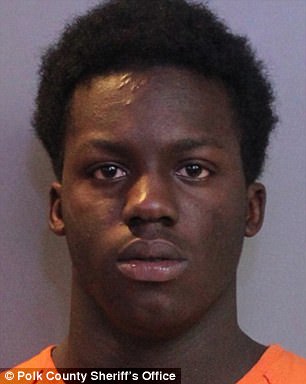 Marvell Parkinson, 18, (pictured) and a 17-year-old boy were arrested by Polk County Sheriff’s Office for burglarizing an empty home in Lake Wales, Florida

Marvell Parkinson, 18, and a 17-year-old boy were arrested by the Polk County Sheriff’s Office on suspicion of burglarizing an empty Lake Wales, Florida home.

A witness noticed that two suspects were at the back of her neighbor’s home on Friday around 1.45pm on Beverly Drive.

They ran when they noticed her but were taken into custody. According to the deputies, the 17-year-old suspect had a window punch in his pocket.

He told them that they had walked through the neighborhood until they located a house that had not been boarded up.

Entering the home through the back door, they stole a set of keys and the younger boy opened the garage door for his accomplice.

Parkinson allegedly then tried to use the keys to steal a 2001 Dodge Intrepid but the battery was dead.

‘We want everyone to be safe during the hurricane. And we will not tolerate thieves taking advantage of those evacuating their homes,’ Polk County Sheriff Grady Judd said.

‘Looters need to be prepared to go to jail if they try to take advantage of people during a state of emergency.’

Both suspects have criminal histories, including burglary, grand theft and possession of marijuana.

They face multiple charges including burglary of an occupied dwelling during a state of emergency, resisting arrest without violence and unarmed burglary of a residence. 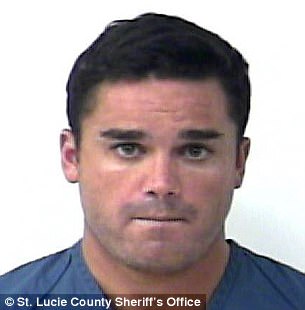 Parkinson was additionally charged with contributing to the delinquency of a minor.

A member of the St. Lucie County Sheriff’s Office was patrolling shuttered homes along North US 1 when he spotted Adams.

‘I have said over and over that we will not tolerate looting or price gouging,’ said Sheriff Ken J. Mascara.

‘We have deputies actively patrolling the county, including our beach communities, to ensure the safety and security of your homes and businesses.

‘If you think you are going to take advantage of these evacuated properties, be prepared to spend the storm at the county jail.’