BREAKING NEWS – Fotis Dulos is DEAD: Accused murderer passes away in hospital two days after poisoning himself with carbon monoxide in his mansion’s garage – before he could face trial for killing his estranged wife

By Michelle Curran For Dailymail.com

Murder suspect Fotis Dulos has died two days after a suicide attempt outside his home, his lawyer has said.

The 52-year-old had been clinging to life in Jacobi Medical Center in the Bronx after trying to take his own life at his home in Farmington, Connecticut, on Tuesday.

Shortly before midday Tuesday, police officers performing a wellness check when he did not show at court, found Dulos, inside his garage with a hosepipe taped to his exhaust in an attempted suicide by carbon monoxide poisoning.

He was on bail accused of murdering his estranged wife Jennifer Dulos when he died. 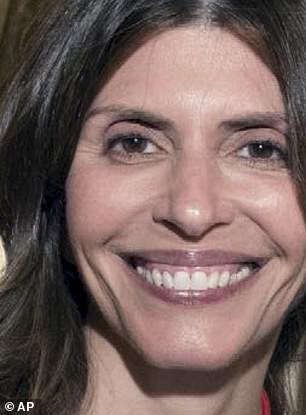 Fotis Dulos was found in his home in Connecticut on Tuesday where he attempted suicide. He was awaiting trial for murdering his wife Jennifer. When his home was searched on Thursday, police found a note claiming his innocence in the murder 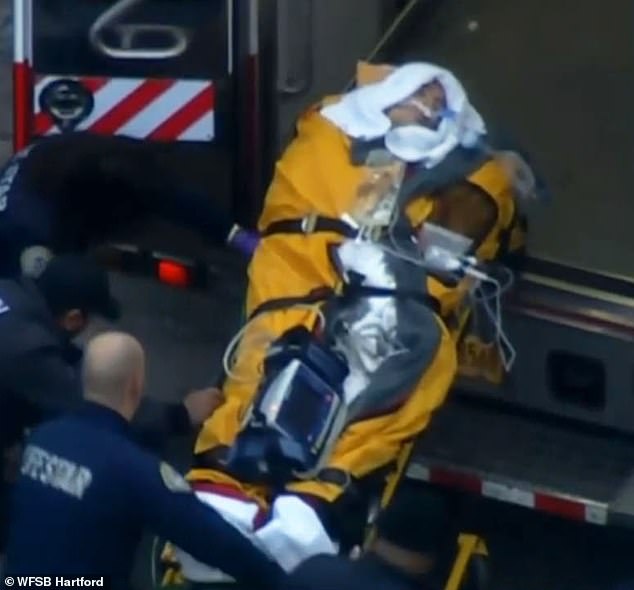 Dulos is pictured being transported into Jacobi Medical Center in the Bronx on Tuesday after attempting to kill himself with carbon monoxide poisoning in his garage in Connecticut before a court appearance. He never recovered and died Thursday

Dulos left a note protesting his innocence over his wife Jennifer’s murder before unsuccessfully attempting suicide in his home, it has emerged.

Police went to his home after he failed to show up at court for an emergency bond hearing and found Dulos unconscious in his vehicle in his garage after he tried to poison himself with carbon monoxide.

They dragged him into the fresh air, performed CPR and rushed him to the hospital.