By Kelsey Wilkie and Thomas Duff For Daily Mail Australia

Victorian Premier Daniel Andrews has hit back at the millionaire founder of Jim’s Mowing after he told his workers to ignore Melbourne’s lockdown laws.

Mr Andrews said on Tuesday that lawn-mowing businesses are among the list of businesses banned from operating during the strict six-week lockdown.

The premier’s cutting remarks come after self-made millionaire David Penman, who founded Jim’s Mowing, said he would continue mowing lawns and even offered to pay the fines of any of his contractors who get caught out flouting the laws.

Mr Andrews shot the business owner down during his press conference on Wednesday.

‘They are not permitted workers unless, of course, they were providing emergency urgent work. For instance, if a tree fell, then they might be able to go and do that work,’ Mr Andrews said. 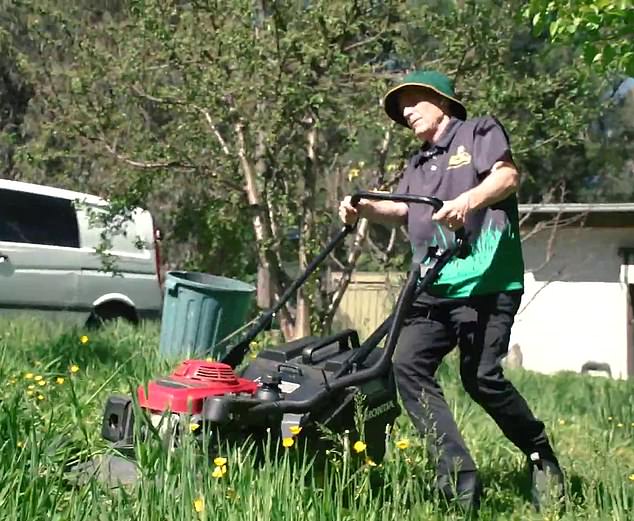 Premier Andrews said he ‘took no pleasure’ in shutting down businesses to curb the spread of coronavirus.

‘(If I said yes to) everyone who had an emotional, powerful, well-argued case, then we would have more people at work in August than we had last month, even under stage three,’ the premier said.

Mr Penman argued that there was ‘nothing more safe than going out and mowing lawns’.

‘If you throw tens of thousands of Australians out of work and they all go home, what are they going to do? They’re going to go down the bottle shop,’ he told ABC News Breakfast.

‘Our people travel by car from one job to another. There’s no reason for them to come within 10 metres of any member of the public in what they’re doing. So there’s no lack of safety.’ 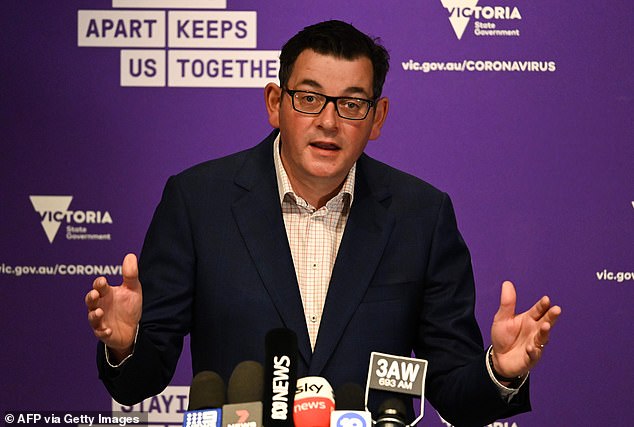 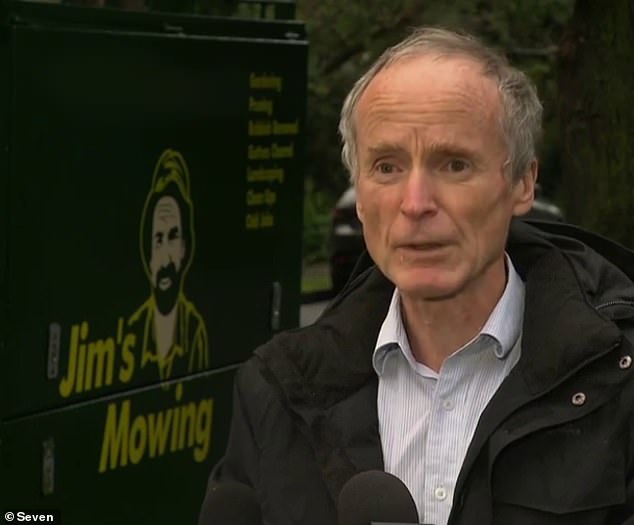 Mr Penman, who calls himself an ‘accidental millionaire’, argued that there was ‘nothing more safe than going out and mowing lawns’

Mr Penman – who calls himself an ‘accidental millionaire’ – said the premier was making the rules confusing.

The Stage Four guidelines allow for grounds maintenance businesses to keep operating if there’s a COVID Safe plan in place.

But that only applies as long as the businesses are ‘providing support to an essential industry or where required to maintain the health and safety of Victorians at home or at work’.

Victoria Police Commissioner Shane Patton said it was ‘disappointing’ to hear that someone planned to deliberately flaunt the directions.

‘We’ll deal with every incident on a case-by-case basis when we become alerted to it through the police assistance line,’ he said.

Jim’s Mowing is a thriving business with 55 different divisions in both Australia and New Zealand, 4,000 franchisees and 35,000 customers per day.

Mr Penman founded the company in 1982 after giving up his dream of becoming an academic.

A fine of $4,957 for failing to self-isolate for a second or subsequent time – the highest on-the-spot penalty available to Victoria Police

Police can also take offenders to court, where they face a fine of up to $20,000

More than 500 ADF personnel and 300 authorised officers joining Operation Vestige, which is the door-knocking of people who have tested positive or are close contacts to ensure they are self-isolating

More than 4000 home visits every day from next week

Of about 3000 door knocks so far, in more than 800 cases the person supposed to be isolating was not at home

As part of the stage-four lockdown, from midnight Wednesday workers in permitted industries who cannot work from home must carry a signed permit when travelling to and from their jobs

People already can be fined $1,652 in Victoria for breaking coronavirus rules and $200 for not wearing a mask in public.