Four people in Michigan have been arrested after allegedly plotting to abduct a young child from a public place, and rape them until they died.

The group, whose ages range from 19-37, conspired to kidnap a young child from a public place, then torture and sexually assault the child until their death, then dispose of the body.

Michigan AG Bill Schuette announced he had charged David Bailey, 37, of Coldwater, formerly of Kalamazoo, Matthew Toole, 32, of Battle Creek, Talia Furman, 32, of Springfield, and Jayme LaPointe, 19, of Athens, with three counts each of conspiracy to murder, kidnap and commit sexual conduct on Friday.

Each charge is punishable by up to life in prison, and all four are being held in custody until their arraignment.

The group, who police say were close to acting on their plan when they were arrested, were considering targeting county fairs in Branch, Calhoun and Jackson (pictured), parking lots of Walmart and Meijer stores that did not have security cameras, and a few parades.

Michigan State Police told WOOD TV three members of the group were being investigated for child pornography when they discovered conversations between all four about their horrific plan.

They had considered targeting county fairs in Branch, Calhoun and Jackson, parking lots of Walmart and Meijer stores that did not have security cameras, and a few parades.

State Police Computer Crimes Unit Detective Sargent Gerald Yott, who led the case, told The Battle Creek Enquirer each member of the group was abusing their own child as well as others.

‘They committed acts on their own children and were making sexually abusive material,’ Yott said Friday afternoon.

‘They were all sharing and exploiting their own children and other children.’

Toole, 32, and his girlfriend Furman, 32, were arraigned in mid-August after allegedly sexually assaulting a three-month-old girl and three-year-old boy on multiple occasions between October 2017 and February 2018,The Battle Creek Enquirer reported. 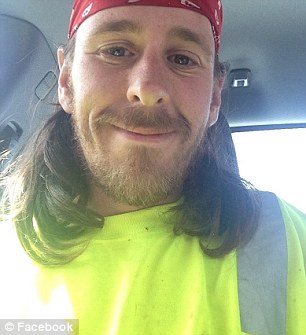 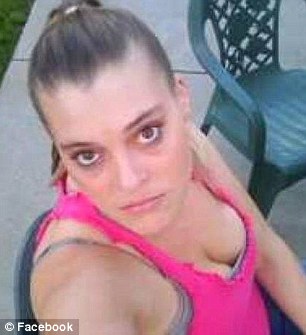 Toole and Furman, who are dating, have also been charged over the repeated sexual assault of a three-month-old girl and a three-year-old boy

Police alleged they seized videos and photographs of the assaults, and other child pornography.

LaPointe, 19, was charged with criminal sexual conduct two weeks earlier after confessing to police she had made videos with her husband, 30, where they performed sexual acts with a girl under two, who the teenager babysat.

In the videos, a woman was seen digitally penetrating the toddler, according to The Daily Reporter.

The Internet Crimes Against Children Task Force said they believe the group of four were close to putting their plan into action when they were arrested.

Detective Sargent Gerald Yott, who led the case, told WWMT the foursome was: ‘One of the most heinous groups of monsters that we’ve dealt with’.

‘These are the worst of the worst people,’ he said.

‘We like to think that this can’t happen here, and it does. It happens here all the time.’