‘Four people dead and 10 injured’ in mass shooting at an online gaming tournament in Florida: Young contestant reveals horror as he was hit in the thumb and fled for his life

A mass shooting has been reported at Florida’s Jacksonville Landing on Sunday afternoon.

Four people are dead and 10 have been injured, News4Jax reports.

The shooting broke out during the Madden NFL online gaming tournament.

The Jax Sheriff’s Office confirmed there were multiple fatalities and injuries.

‘Mass shooting at the Jacksonville Landing. Stay far away from the area. The area is not safe at this time. STAY AWAY #TheLandingMassShooting,’ the Jax Sheriff’s Office tweeted.

A livestream from the gaming tournament captured the moment the gunfire broke out.

The commentators could be heard going silent as the first gunshots were fired and people began screaming. The stream then cut out and a message appeared saying ‘controller disconnected’.

One of the gamers, Drini Gjoka, revealed his horror after he was shot in the hand and ran for his life.

‘The tourney just got shot up. I’m leaving and never coming back. I am literally so lucky. The bullet hit my thumb. Worst day of my life,’ he tweeted.

‘I will never take anything for granted ever again. Life can be cut short in a second.’

Multiple emergency crews were spotted on the scene.

The Jacksonville Landing is an entertainment complex along the river, which includes restaurants and an indoor shopping mall. 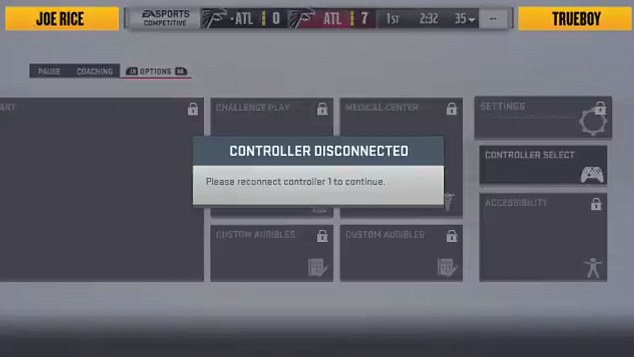