Soldiers on the web! Four eyed Ukrainian Spetznaz soldiers attend games expo and face off against members of the public in online shooter Counter-Strike

Ukrainian special forces have been spotted participating in a games expo in the country’s capital city Kiev.

The event takes place every year and is the largest exhibition of electronics, electrical engineering, toys, electric vehicles, in the Ukraine.

The expo has been run since 2006 and allows members of the public to come together and share their passions for gaming.

The soldiers weren’t the only ones dressed up as visitors to the centre were also encouraged top take part in a cosplay competition.

Dressed as their favourite characters from video games, entrants were judged on their costumes adherence to the look of their chosen characters.

The real competition was occurring on LAN servers across the exhibition as brave volunteers rushed to beat the special forces soldiers, playing the classic multiplayer shooter Counter-Strike.

Winners of the tense combat shooter competition could expect to walk away with 100,000 hryvnia (around £3370).

The expo is in the first day of a two day event over the weekend and will close tomorrow following an awards ceremony.

I see you! Some of the soldiers appeared to be carrying the quad lens Ground Panoramic Night Vision Goggles, which combine four separate images to intensify a soldiers sight and allow for better depth perception while wearing them 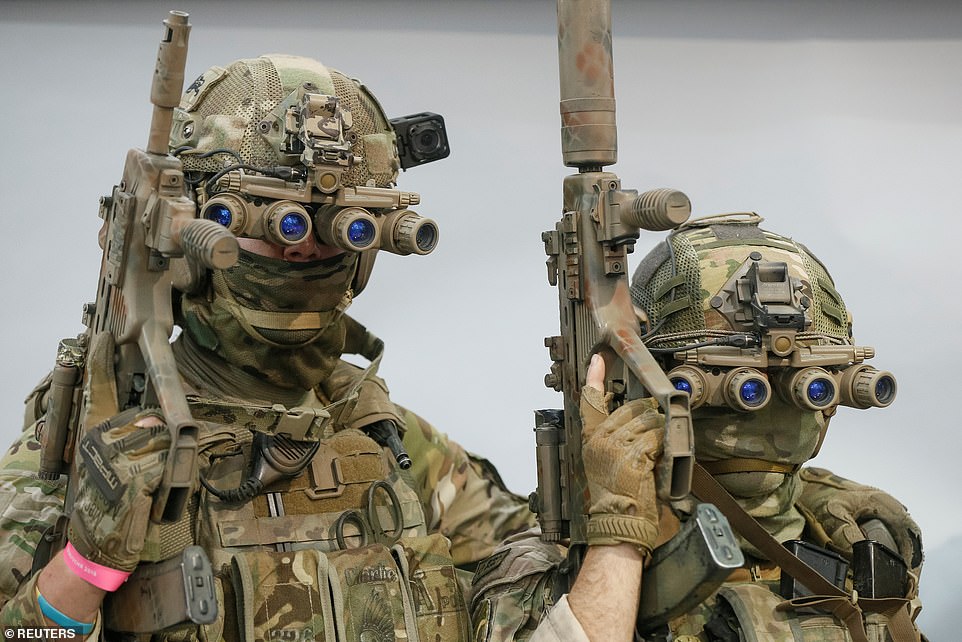 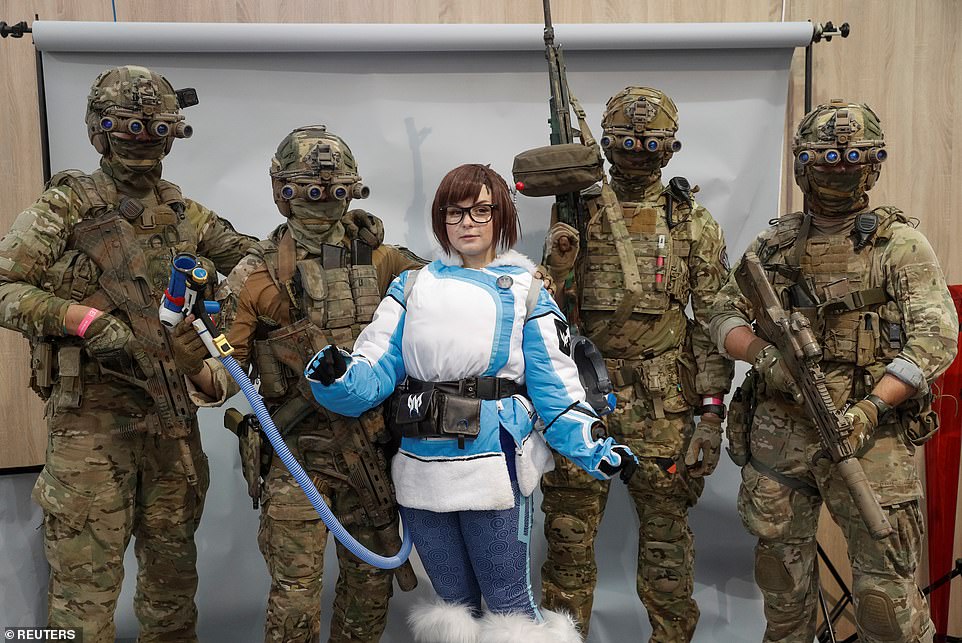 Being a games exhibition, cosplayers got the chance to boost their photos with some Ukrainian muscle Pictured: A cosplayer of the Overwatch character Mei-Ling Zhou poses with the soldiers 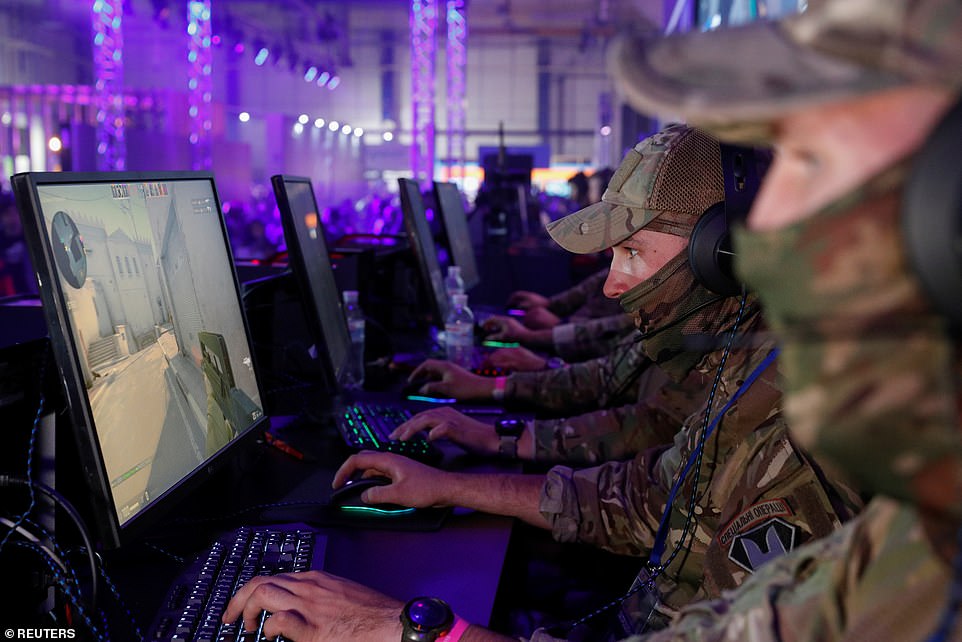 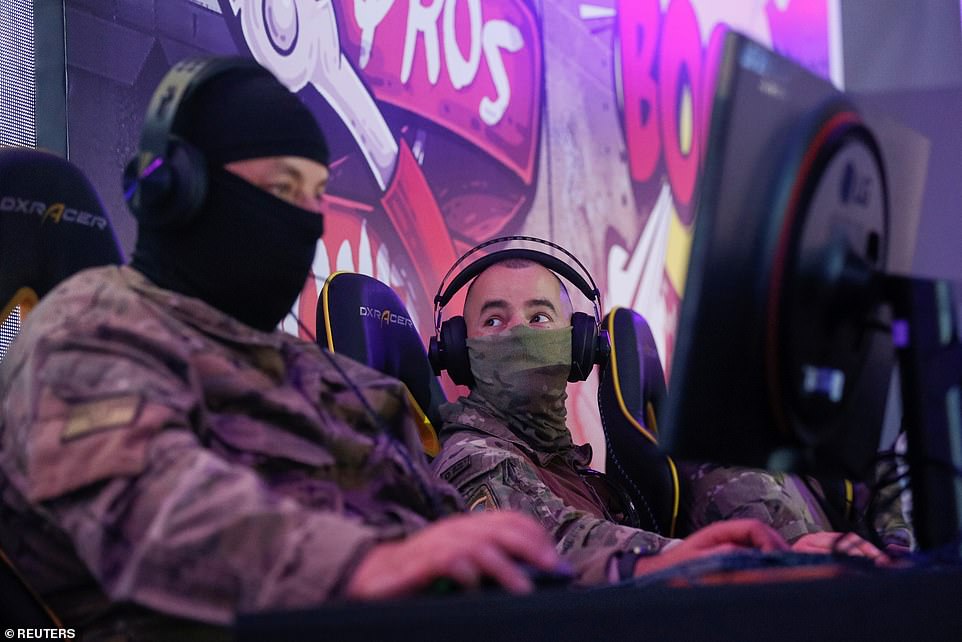 The special forces soldiers put their skills to the test in an online space, battling against members of the public in a competitive first-person-shooter game 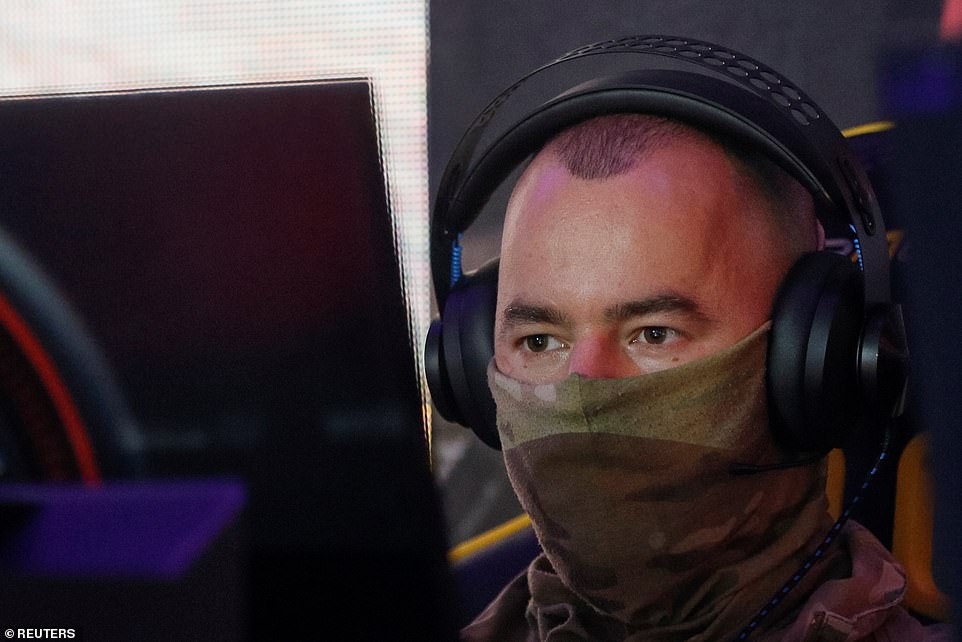 Keen focus: The competition was palpable as the soldiers dared not lose face in front of onlooking crowd eager to best them in the head to head matches