Two people were left needing stitches after a commemorative plane from 1943 crashed following a fly over on Memorial Day.

The Second World War aircraft’s engine failed just after noon on Monday, sending it nosediving into the ground near Westport Airport in Kansas, The Wichita Eagle reported.

Just hours earlier, the 1943 Fairchild PT-23 had flown over a memorial service, as part of the Commemorative Air Force-Jayhawk Wing.

The plane was designed to train Air Force pilots and more than 8,000 were built over the lifespan of the design, the Golden Wings Museum says. 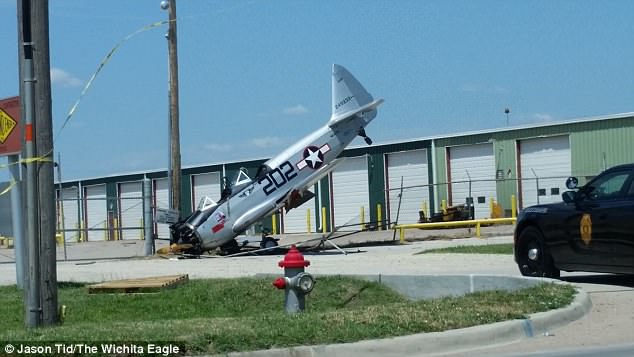 Local police say the 1943 plane clipped a pole and the ground before coming to a stop, and both the male pilot, 42, and female passenger were taken to hospital to get stitches

On a crash report, investigators say the 42-year-old male pilot, who was carrying a female passenger, ‘ran out of fuel approaching the runway at Westport Airport and attempted to restart the engine’.

‘Engine failed to start and plane crashed leading up to the runway,’ the report read.

On the way down, Sergeant Kelly O’Brian told the Witchita Eagle the plane clipped a pole and the ground.

The policeman said with fueling vessels nearby, the accident could have been much worse.

The Kansas Highway Patrol and Federal Aviation Administration are investigating the incident. 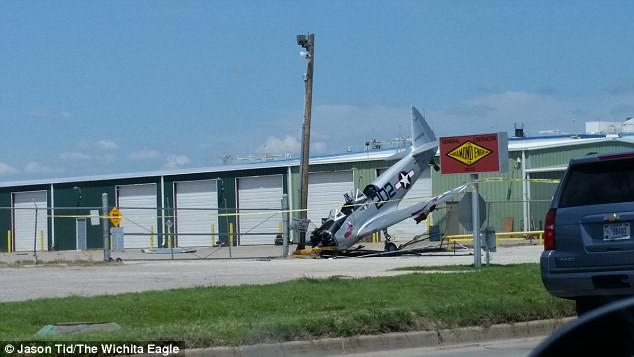 The plane crashed nearby fueling vessels, and Sergeant Kelly O’Brian said the people on board were lucky to get out in the condition they did 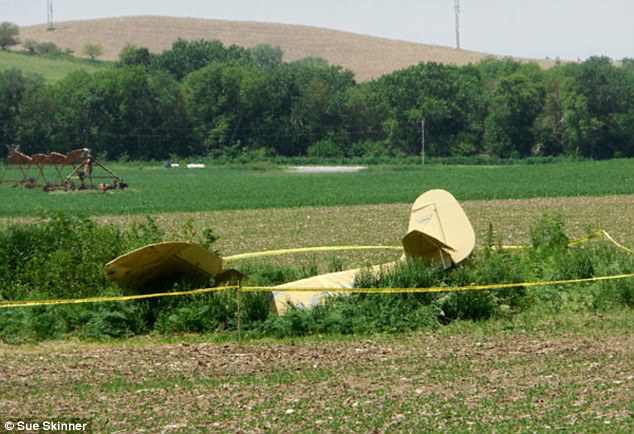 In neighboring Nebraska, a 1944 Aeronca Defender went down in a bean field following a flyover about 9.15am

In neighboring Nebraska, another Second World War era plane crashed into a bean field  about 9am following a flyover.

The 1944 Aeronca Defender, also used for training, went down about 9.15am.

Chamberlain, who is a military veteran, was treated and released, while Westergaard was transferred to Nebraska Medicine in Omaha for further treatment.

The cause of the crash is unknown at this time, but Burt County Sheriff’s Office and the Federal Aviation Administration are investigating. 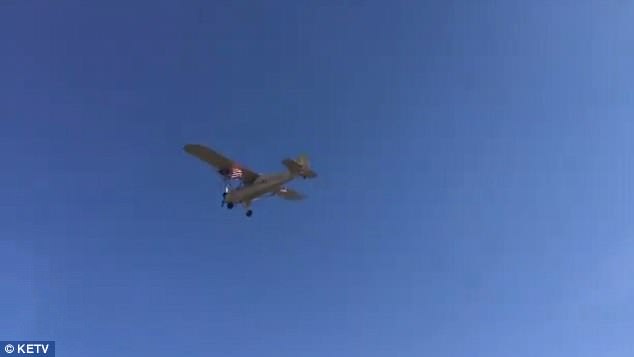 Earlier in the day, the plane, piloted by Dennis Westergaard, 62, was seen flying  over a Memorial Day service . Also on board was military veteran Delmar Chamberlain, 87