Four ‘homeless’ men armed with sticks, knives and a tire iron were at the center of a bloody brawl that was carried out across several streets in midtown Manhattan on Monday evening.

Witnesses reported seeing the several men get into an argument that quickly escalated after one man was cornered by the others, near the Port Authority.

The outnumbered man was seen slashing a knife at the other two who were seen retaliating with a large tire iron and a stick.

Initial reports indicated the men could have been homeless, however, a police report provided to the Mail Online indicates all four have fixed addresses. 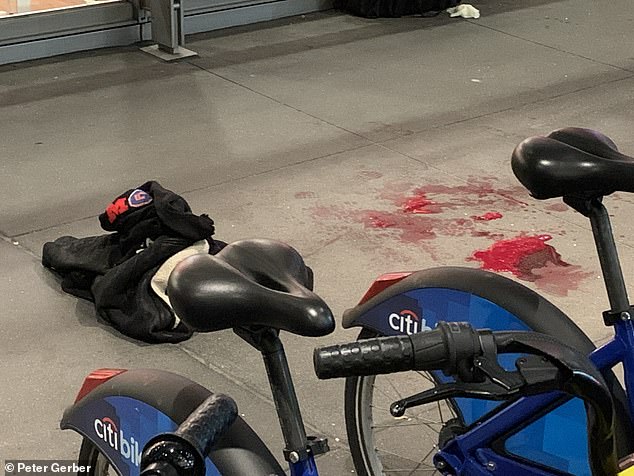 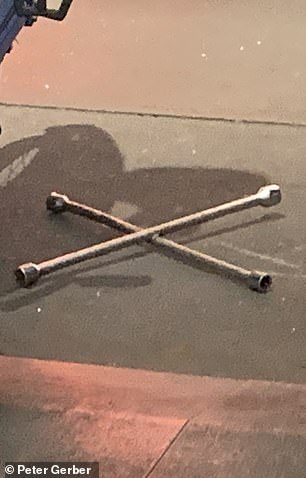 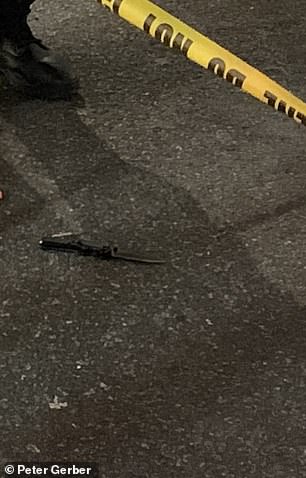 Four men armed with sticks, knives and a tire iron were at the centre of a bloody brawl that was carried out across several streets in midtown Manhattan on Monday evening

He said the man who was outnumbered pulled out a knife and started slashing.

‘They chased him across the street and cornered in front of the New York Times lobby,’ Martin said. ‘They said, ‘You wanna try stabbing? You’re not going anywhere.”

He said, the man made a run for it, and they tackled him in front of Schnippers – a restaurant on the first floor of the New York Times lobby.

‘That’s when the tire iron came out and the stabbing started,’ he said. ‘It was hard to tell who was doing what to who.’

Mohammed Chowdhury, who works in a building near where the fight took place told the New York Post he saw one of the men holding a ‘big metal wrench’.

‘Two men were on the ground and one was on top, giving advice: ‘hit him! hit him!’

UPDATE: During an ongoing dispute involving a knife, 3 people involved suffered non-life-threatening stab wounds. The suspects are in custody. All information is preliminary.

Thank you for your cooperation

You can expect residual delays in the area 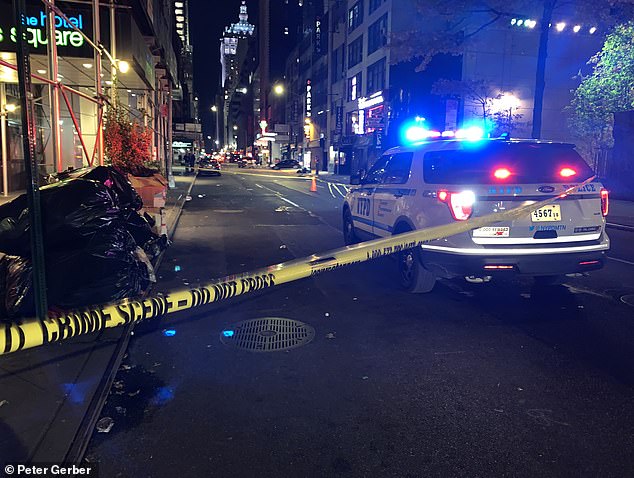 Armed officers arrived at the scene of the fight not long after and arrested three of the men near West 36. The fourth man was arrested sometime later in the city’s north precinct

Armed officers arrived at the scene shortly after where they arrested the three and took them to hospital in police custody.

NYPD Detective Sophia Mason told the Mail Online that four men, aged 20, 27, 34 and 39, received stab wounds to their arms, hands, shoulders and buttocks, in a fight that kicked off shortly after 9 pm and was carried out across several streets in the mid-town area.

Mason said the fight began near West 36 Street and 8th Avenue. She said as it escalated a 27-year-old, named as Kirk Malcolm, stabbed 20-year-old Brannonvan Martinez in the left armpit.

Malcolm fled, with the other three following close on his heels till they caught up with him and continued the fight.

‘The group came upon the male, here, the males, all possessing weapons, including tire iron, box cutter and gravity knife, began attacking each other.’ 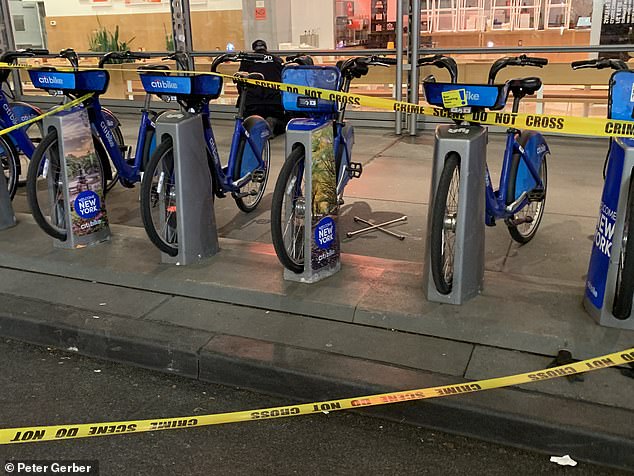 One of the weapons can be seen on the ground near where the men were fighting. NYPD said all the men were armed with weapons – including a tire iron, box cutter and a gravity knife 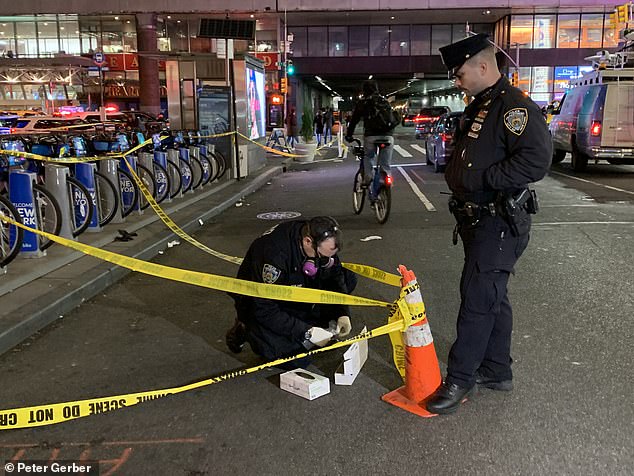 In the chaos Martinez managed to flee, before police arrived on the scene, where the injured trio were found.

‘All males were taken into police custody at Bellevue Hospital with charges pending,’ she said.

The 27-year-old, alongside two other men, named as Reginald Law, 34, and Troy Britt, 39, were arrested and taken to Bellevue Hospital where they are in a stable condition.

Ms Mason said a short time later officers were called to attend to a man, 20-year-old Martinez, who was found with stab wounds on the corner of West 46 Street and 6 Avenue in the Midtown North Precinct.

She said Martinez was also taken to hospital, in a stable condition and put in police custody.

All four face a series of assault-related charges. 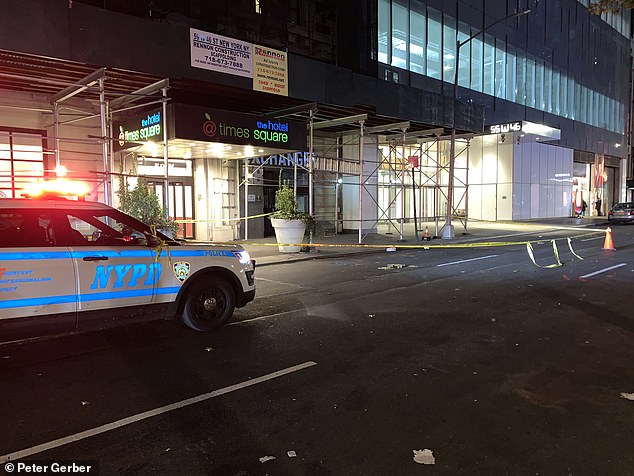 One of the NYPD cars can be seen on the scene near where the fight took place. All four men are now facing assault-related charges