By Stewart Paterson and Darren Boyle for MailOnline

Four men have been rescued from England’s highest mountain after they smoked cannabis and were unable to make their way down again.

Cumbria police were alerted at 6.35pm after receiving a report that four people were in difficulty in Scafell Pike.

The mountain is England’s highest peak at 978 metres and is located in the southern part of the Lake District National Park.

Four men called for help after smoking cannabis at the top of England’s highest mountain, Scafell Pike, pictured, when they discovered they were unable to make their way down safely 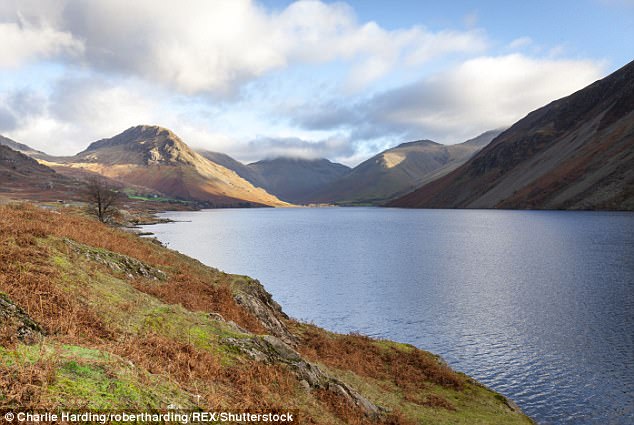 The men called for help shortly after 6.35pm requiring a response from the police, mountain rescue, the ambulance service and an air support unit, according to Cumbria Police, file pic 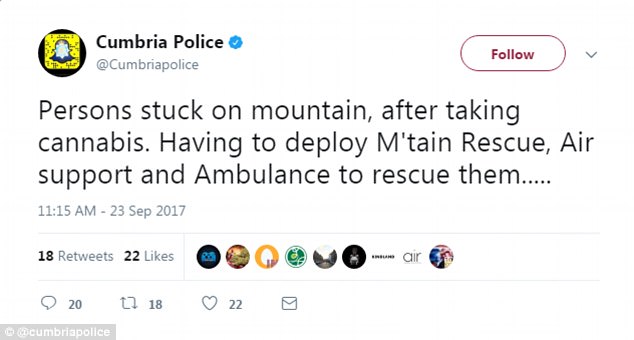 The Wasdale Mountain rescue were deployed to assist the men from the top of the mountain.

Cumbria police confirmed the men have been safely removed from the mountain. Officers were now going to speak to the men.

In an earlier tweet, Cumbrian police said: ‘Persons stuck on mountain, after taking cannabis. Having to deploy M’tain Rescue, Air support and Ambulance to rescue them.’

The Wasdale Mountain rescue team have been called out almost 80 times during 2017 to assist people stuck on the mountains in the area.

Social media commentators were highly critical of the four men for seemingly taken drugs while on top of a mountain.

Keith Lund wrote on Facebook: ‘Leave them on the mountains they don’t deserve to be rescued by people who are volunteers. Leaving family and friends to put themselves at risk to save incompetent idiot.’

Michael Inman wrote: ‘Hope there’s a police officer waiting at the bottom for when they get down.’

It is understood a helicopter was used to help locate the men.