Gareth Southgate has agreed the terms of a new four-year £12million contract that will extend his tenure as England manager through to the 2022 World Cup.

The offer of an increase on Southgate’s current £2.5m-a-year deal has to be approved by the FA board when they meet on Thursday but the Wembley hierarchy hope to complete the process before England meet Croatia and Spain in their Nations League encounters next month.

As Southgate revealed earlier this month, preliminary discussions on a new deal had started following Sportsmail’s revelation in July that the FA would respond to the success Southgate enjoyed at the World Cup in Russia by extending his current agreement by two more years.

Chief executive Martin Glenn said he believed there was a desire on both sides to agree new terms, while it was only a few weeks ago that Southgate rejected any suggestion that there were parts of the national team job that made him question whether he wanted to continue beyond Euro 2020.

But on a day when the FA confirmed that Dan Ashworth was indeed stepping down as technical director to take up a new position at Brighton and Hove Albion, news that Southgate is now ready to commit his longer-term future to the governing body certainly softens the blow.

While Southgate’s basic wage may only be increasing by around £500,000 a year, a new bonus structure could see his earnings rise considerably if the 48-year-old enjoys further success with England. A new deal that also sees Southgate’s assistant, Steve Holland, commit to trying to get the national team to Qatar in 2022 is also expected to follow.

On Wednesday Southgate expressed his regret that Ashworth was leaving even if it probably strengthens his own position at the FA.

‘Having recently attended a Fifa conference with Dan, we walked in the room as semi-finalists at a major tournament for the first time in 28 years but perhaps even more significantly as world champions at under-17 and under-20 level,’ he said.

‘In terms of the work of a technical director, I don’t think he could have had a bigger impact with the plans he put in place at the FA and the way that the national teams have progressed in the time Dan has been in charge.’

Sportsmail reported Brighton’s interest back in July despite denials from the Football Association, senior members of the Brighton hierarchy and Ashworth himself.

Indeed even a few days ago the FA were denying any knowledge that Brighton had made an official approach for a man now being credited with the success being enjoyed by the England senior and junior teams.

But in a statement released on Wednesday morning the FA confirmed that Ashworth is indeed leaving to take on a role that will be regarded by many as an unusual step given the profile of his current role. 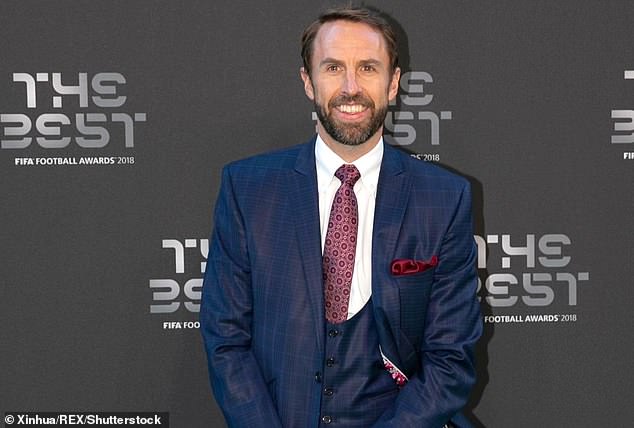 Southgate, seen at The Best FIFA Football Awards this week, will earn upwards of £3m per year

Ashworth joined the FA in 2012, initially as director of elite development before becoming technical director three years later. He unveiled his blueprint for success at international level with his ‘England DNA’ project.

The 47-year-old did come under fire for his part in the Mark Sampson controversy, which include a grilling by a parliamentary committee.

But any reputational damage Ashworth suffered was to a large extent repaired by the performance of the national sides, with the success enjoyed by Gareth Southgate’s senior team at the World Cup in Russia following victory for the men’s under-17s and under-20s in their respective World Cups and a European triumph for the under-19s.

‘I’ve had a brilliant time, I’ve thoroughly enjoyed it,’ said Ashworth. ‘I’m a proud Englishman and it’s been a privilege to work for the governing body and for England. We’ve certainly seen some promising signs and major successes and there’s been some ups and downs too, but overall, in the five and a half years I’ve been here, I’ve loved every minute. To be able to work at the new facility at St. George’s Park, which has given us the catalyst and a springboard into success, has been a privilege.’

With Ashworth not scheduled to join Brighton until the Spring, he has said he will assist the FA in finding a successor.

‘I had a brief discussion with Martin (Glenn) this morning when I resigned and he would like my input in trying to find a successor and it will be a privilege and honour to do so,’ he said. 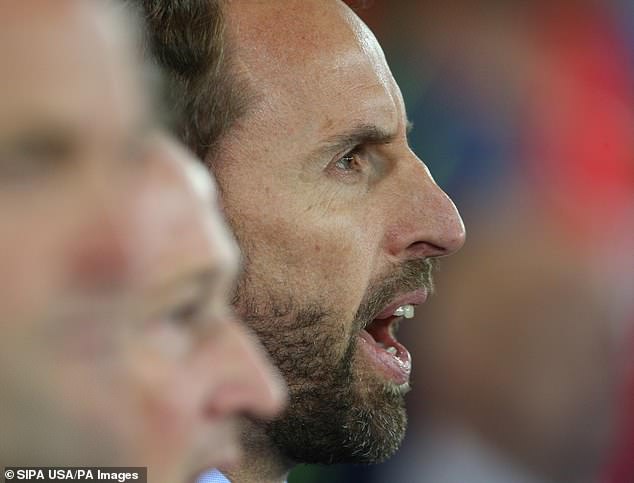