Four Real Housewives of New York are seeking to sue Bravo following a cruise from hell.

The reality stars are contemplating suing Bravo over an ill-fated Colombian cruise that occurred on what insiders dubbed an ‘old, decrepit vessel.’

Bethenny Frankel, Ramona Singer, Tinsley Mortimer and Dorinda Medley, according to Page Six, became ‘hysterical’ and felt that their lives were in danger as they took the boat ride close to Cartagena, which was marred by water coming into the boat and an engine aflame.

Picking up the pieces: (L-R) Bethenny Frankel, Tinsley Mortimer, Dorinda Medley and Ramona Singer were snapped at an airport in Cartagena, according to a fan, following a disastrous boat ride that has led to talk of the ladies suing Bravo for placing them on the vessel

‘On the return trip to the mainland, the boat encountered turbulent water, which caused the anchor to deploy unexpectedly,’ a spokesperson for the network told the paper.

‘At no time … was the vessel in danger of sinking, nor was a rescue required,’ the spokesperson said. ‘Thankfully, everyone is fine. The safety of our cast and crew is paramount and, to that end, we are still reviewing the situation.’

Bravo has extended the women counseling in the wake of the traumatizing incident, the paper reported, noting that the contracts the ladies signed to appear on the series essentially insulate the network from lawsuits.

A grainy picture posted by a fan on Twitter showed the women purportedly at an airport in Cartagena airport. In it, Singer was seated in a wheelchair, with a source telling the newspaper that it was due to an ankle injury she had suffered prior to the boat ride. 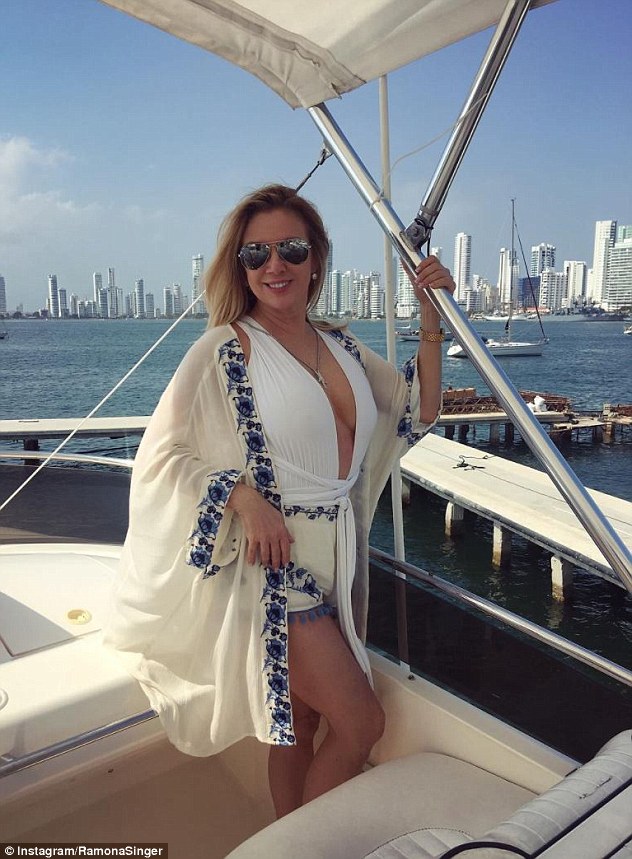 Calm before the storm: Ramona Singer posted this photo of herself on the boat before heading out to sea, bragging about the magnificent vacation she was taking 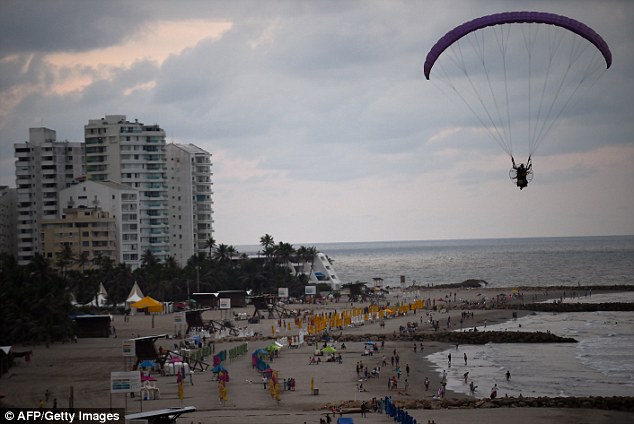 Location: This shows the area of Cartagena where the women went boating on the terrifying ride

Just moments before, according to Page Six, the Bravo ladies were excited to spend the day soaking in the sun and having Colombian cocktails with Singer even posting a photograph to boast about her magnificent trip.

As soon as they started to get things going, the source said everything went wrong, explaining that the boat ‘couldn’t even move.’

‘The anchor got stuck, so the crew had to saw the anchor off before they could sail anywhere,’ the source said. The cruise went from bad to worse when the engine went up in a ‘huge blaze.’ 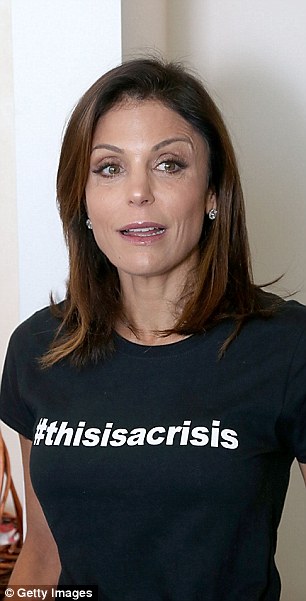 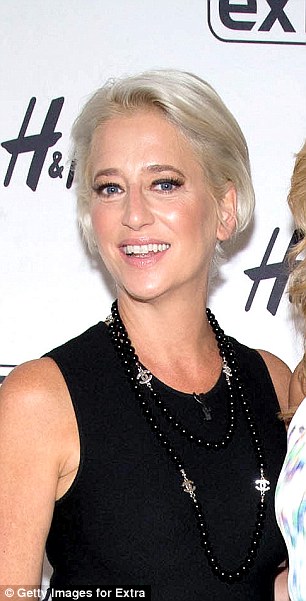 Trouble: Bethenny Frankel (L) and Dorinda Medley (R) were both soaking wet and ‘screaming hysterically,’ desperate to get off the boat, insiders told Page Six Rough time: Tinsley Mortimer (L), with Ramona Singer in July 2017, started throwing up with seasickness on the ride

‘The crew was fighting to put it out,’ the source said. ‘They didn’t have a fire extinguisher nor did they speak English, and violent seas meant anything not nailed down started “flying about.”‘

Bethenny, Ramona and Dorinda were reportedly soaked from head to toe and ‘screaming hysterically.’

Carole and Tinsley started throwing up with seasickness due to the rough seas.

Eventually a passing boat spotted the ladies in despair and stopped in to rescue the Real Housewives from their watery nightmare.