Four children have been killed in a horrific single-car crash in the early hours of Sunday morning.

All four of the children killed in the crash in Townsville in northern Queensland just before 4.30am are believed to be aged between eight and 12-years-old.

One teenager who is understood to have been behind the wheel of the car was taken to Townsville University Hospital in a stable condition with minor injuries.

The crash in Garbutt in the city’s west is believed to have involved a stolen car, ABC News reported. 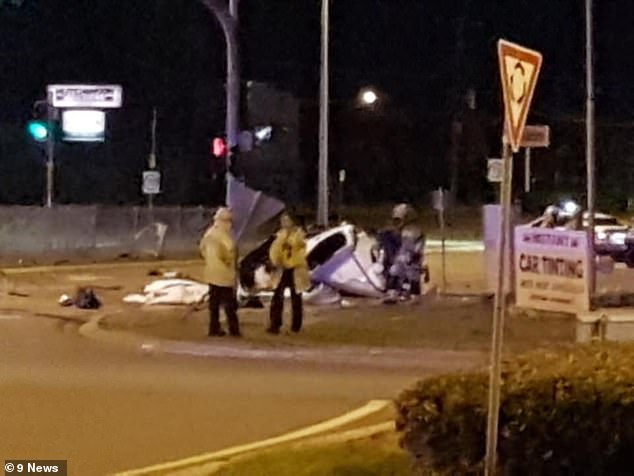 Police were called to the scene of the crash in the western suburb of Garbutt just before 4.30am on Sunday morning

The vehicle reportedly hit at light pole at the corner of Duckworth Street and Bayswater Road.

The Forensic Crash Unit is now on the scene, a Queensland Police spokesman said.

Police will provide updates on the crash in a press conference at 10.30am.