It is a brave new world at Moonee Valley Racing Club with a fresh field vying to win the Cox Plate dominated by superstar mare Winx in recent years.

According to Tabcorp, that means trying to find a tip for this years Cox Plate will be much more difficult given the absence of Winx from this years event.

‘From a wagering standpoint, this years 2022 Cox Plate stands be the most interesting in recent times, as there is a fantastic crop of Australian middle distance running waiting to stake their claim and step out from behind Winx’s massive shadow,’ Tabcorp stated in their official preview of the Cox Plate.

‘Superstar mare Winx cemented her place in Australian racing folklore last year, winning the Cox Plate for an unprecedented fourth consecutive time, a feat which is unlikely to ever be replicated.’

However four-time Cox Plate champion Glen Boss believes ‘fearless’ Nash Rawiller is an understated dark horse to take out the $5million Group 1 race – saying he has the tactics to pip favourite Anamoe and his jockey James McDonald past the post.

With big guns Zaaki and Alligator Blood drawn in barrier one and twelve respectively, the race nine feature event will be off with a cracking tempo.

Tabcorp’s Rohan Welsh says punters have stuck beside the favourite, but can find plenty of value elsewhere.

‘Anamoe is still heavily supported with TAB and holds 40% of the Cox Plate investments with multiple bets of note including one of 10K at $2.40,’ he said. 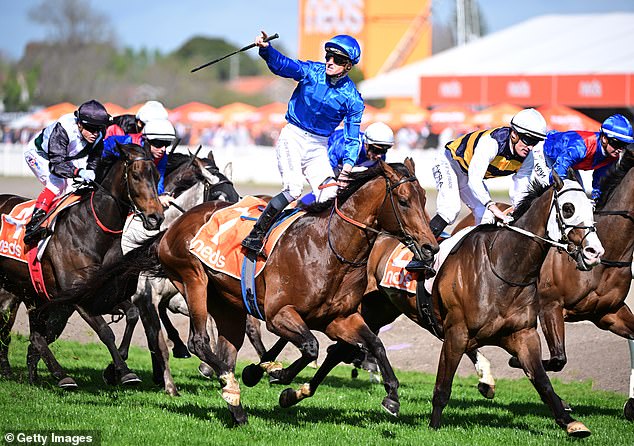 James McDonald points to trainer James Cummings after defeating I’m Thunderstruck and Zaaki in race 7, during the cracking feature Neds Might and Power at Caulfield, October 8

‘Nash is going to be positive on him, he won’t be flopping out the back,’ the 96-time group one winner said.

‘You got Zaaki going forward, kicking up hard because he has to … you got Alligator ripping across and you got Mo’unga, who’s not going to come out wondering. 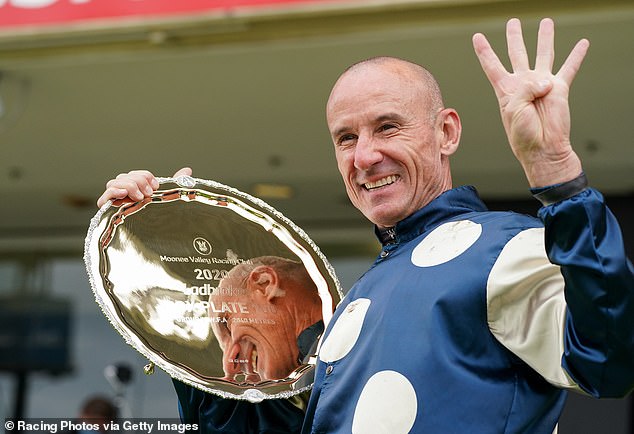 Nash is probably the most intelligent rider out there, he does exactly what he wants to do, fearless, and he doesn’t care what people think.

He does things others wouldn’t think about because they’re too scared to be judged if they got it wrong, if he gets it wrong he says at least I did something.’

The 47-year-old Victorian was praised by punters this year in his cracking ride of Think It Over during the G1 Queen Elizabeth Stakes at the 2000m. 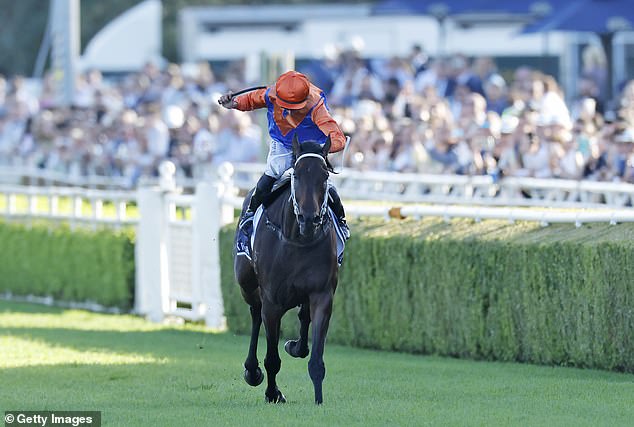 Nash Rawiller gets to work on Think It Over – it won the Queen Elizabeth Stakes, as the jockey left the field and rails, taking the horse to the far left of the straight for a drier track

Rawiller infamously steered the seven-year-old onto the far left of a heavy Randwick track, leaving the rest of the field on the rails.

The over 5500-start jockey beat home race favourite’s Verry Elleegant and Zaaki, clocking a massive price of $41 in the $4million race.

Yet his gutsy ride came at a cost, with NSW racing stewards fining Rawiller $40,000 for excessive whip use, while suspending him for two weeks. 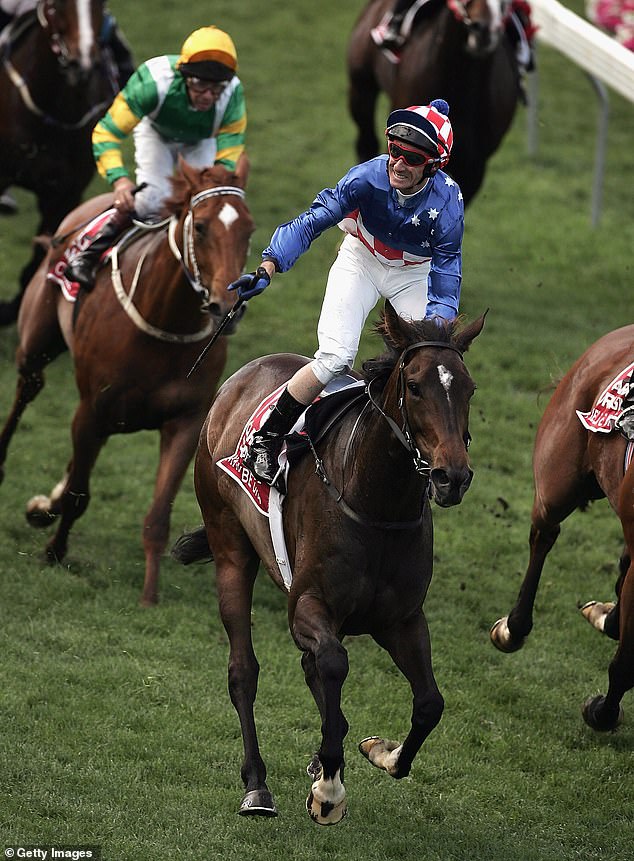 While McDonald is currently Cox Plateless in his 71-group one triumphs, the 53-year-old retired legend says the Kiwi has the race ‘weapon’.

McDonald looked down and out at the 300-metre mark on Anamoe during the Might and Power Stakes on October 8, but showed a stunning turn of foot to beat home backmarker I’m Thunderstruck and pace runner Zaaki.

The Godolphin bred and James Cummings trained four-year-old sits as the $2.30 favourite for the Cox Plate, having won 10 of his 19 races, and missing a placing on just two occasions.

Anamoe jumps from barrier four and is likely to sit on the pace, behind the Jamie Kah ridden Zaaki. 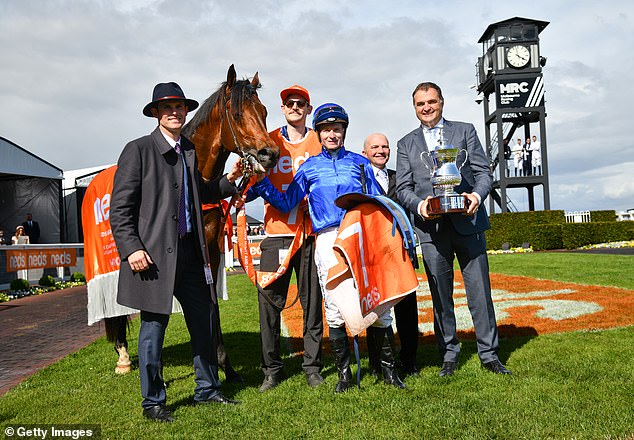 Last year, Irish horse State of Rest won by half a head to favourite Anamoe, while 2021 Melbourne Cup winner Verry Elleegant rounded out the placings.