Four Victorians trying to flee to Perth on an interstate freight train have been arrested in scenes described as similar to a Hollywood film.

But the stowaways were spotted when the train stopped at Adelaide Freight Terminal at Regency Park on Tuesday, with police quickly finding the men on board.

Two police dogs, Axe and Zac, hopped onto the train and located the fleeing four suspects.

Victorians have been banned from travelling to all states as  COVID-19 cases continue to soar.

The state recorded 270 cases on Tuesday, the second highest daily total since the pandemic began, as well as two deaths – a man and woman in their 80s.

Melbourne and the Mitchell Shire in the state’s north will be under strict stage 3 restrictions as the state battles to manage the killer disease.

The stowaways were all charged with breaching COVID-19 directions and were refused police bail.

The men will front Adelaide Magistrates Court on Wednesday.

Two police dogs, Axe and Zac, hopped onto the train and located the fleeing four suspects on the freight trains (stock)

This is not the first time Victorians have been caught trying to flee to South Australia, with two other men turned away at the Bordertown check point earlier this month.

The pair were each fined $1,000 on the spot and charged with breaching border conditions.

Last month, a truck driver allegedly spat and assaulted a police officer in Adelaide’s south east at another border crossing.

The 63-year-old Victorian was stopped at the Hynam checkpoint about 10am on June 4.

He allegedly became abusive when officers questioned him which led to his arrest.

He was charged with aggravated assault to police, resisting police and using offensive language.

The driver appeared in the Mount Gambier Magistrates Court on June 15. 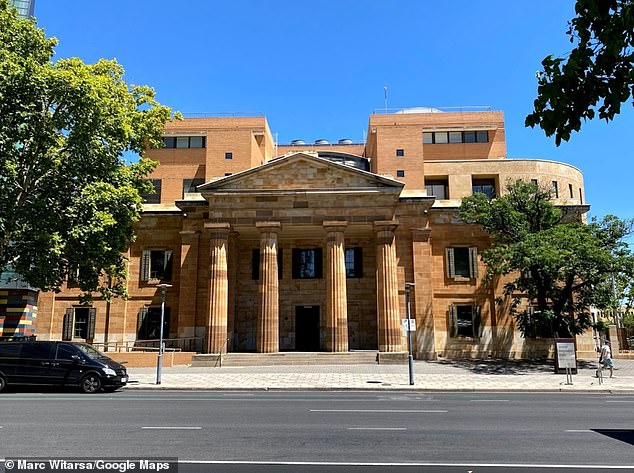