FOURTEEN DAYS of hotel quarantine… all for just 44 minutes of tennis! Danka Kovinic is left to rue wasting her time at the Australian Open after first-round 6-0, 6-0 crushing – but she does get a £56,000 losers’ cheque!

Danka Kovinic finally put 14 days of hard quarantine ahead of the Australian Open behind her – only for her to lose in 44 minutes in the first-round to Ashleigh Barty.

The Montenegrin tennis player was one of the players placed in harsh hotel confinements by the tournament organisers in the middle of January due to coronavirus concerns.

The 26-year-old was then beaten 6-0 6-0 by world number one Barty on Tuesday, with Kovinic winning just ten points all game. 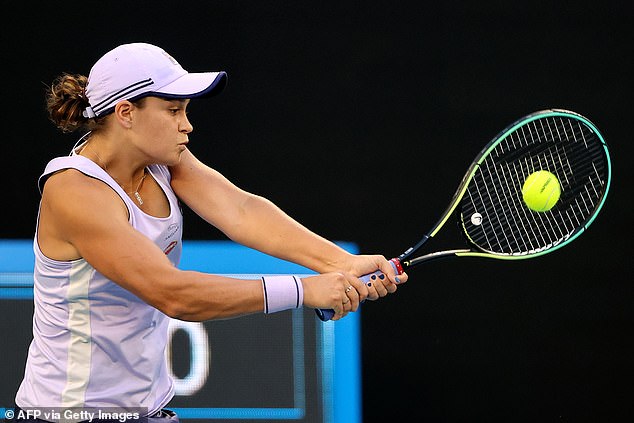 However, she can take solace from the £56,000 losers cheque handed to players who reach the first round of the Grand Slam tournament in Melbourne.

World number 74 Kovinic travelled over to Australia on January 13 via one of the chartered flights to Melbourne handed to players competing in the tournament.

She revealed her boredom of being quarantined for two weeks on social media, asking fans for Uber Eats recommendations and revealed her daily training set-up from within her hotel room. 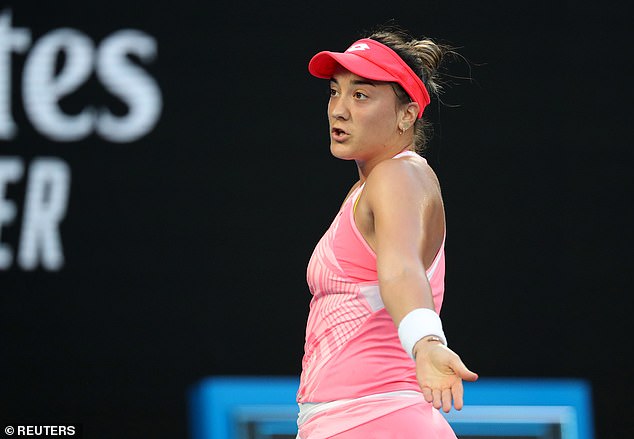 Several players, including men’s world number one Novak Djokovic, complained about the conditions they were being kept in and held several meetings with the tournament organisers to reveal their concerns.

Vanessa Sierra, the girlfriend of Australian men’s player Bernard Tomic, went viral after complaining in a social media video that she was unable to get someone to wash her hair during the quarantine period and had to do it herself.

Kovinic, meanwhile, came out of quarantine in the final week of January before taking part in a few practice tournaments – including the ATP Tournament Melbourne 2 at the beginning of February. 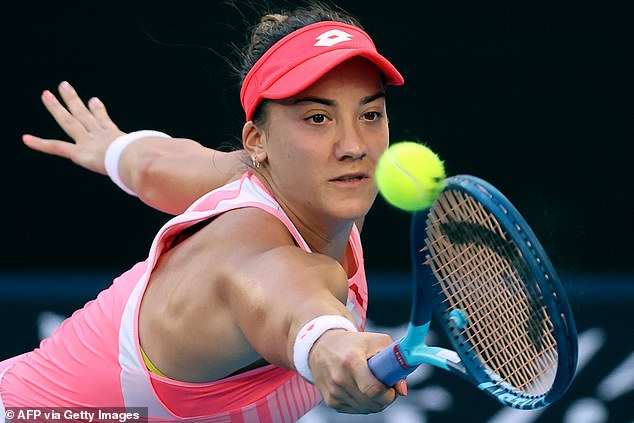 World number one Barty, meanwhile, is aiming to win her first Australian Open title in her home country after reaching the semi-finals last year.

The 24-year-old will now face either Australian wildcard entry Daria Gavrilova – ranked at 387 in the women’s singles game – or Spaniard Sara Sorribes Tormo.

The Australian Open tournament is welcoming fans into the venue with around 390,000 spectators expected over the two-week period.

Around 17,000 fans turned up on the first day of the Grand Slam tournament on Monday, with free tickets being offered to some supporters.