Fourteen new species of shrew discovered on an Indonesian island

Fourteen new species of shrew have been discovered on the Indonesian island of Sulawesi, a new study reveals.

The creatures, found following a decade-long survey on Sulawesi, are confirmed as new species based on physical characteristics and DNA sequences.

It marks the largest number of new mammals described in a scientific paper for 90 years, since 1931, according to researchers.

Shrews are a diverse group of mammals – 461 species have been identified so far – and they have a nearly global distribution.

These small insectivorous animals are closer relatives to hedgehogs and moles than to any other mammals.

The discovery was made by group of scientists led by Louisiana State University mammologist Jake Esselstyn.

‘It’s an exciting discovery, but was frustrating at times,’ said Esselstyn, curator of mammals at the LSU Museum of Natural Science and associate professor in the Department of Biological Sciences.

‘Usually, we discover one new species at a time, and there is a big thrill that comes from it. 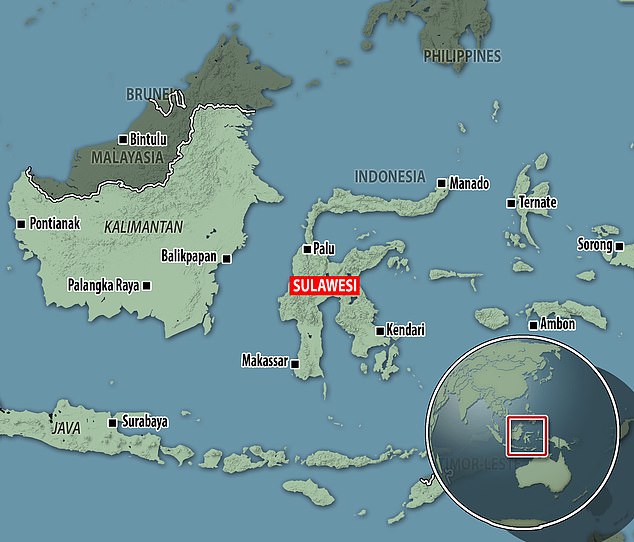 Fourteen new species of shrew have been discovered on the Indonesian island of Sulawesi, the eleventh-largest island on Earth 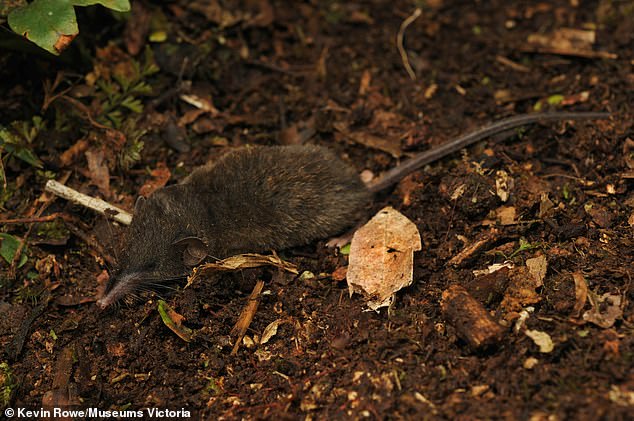 Crocidura pallida, one of the new species found. All the 14 species are from the genus Crocidura, which is part of the red-toothed shrew family called Soricinae

‘But in this case, it was overwhelming because for the first several years, we couldn’t figure out how many species there were.’

All the 14 species are from the genus Crocidura, which is part of the red-toothed shrew family called Soricinae.

Within this particular genus, the 14 species have been separated into five groups –  Long-Tailed, Rhoditis, Small-Bodied, Thick-Tailed and Ordinary. 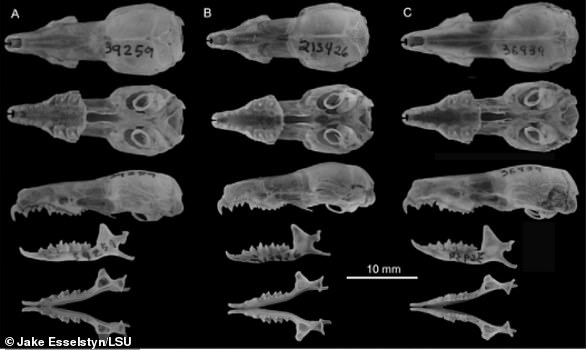 Researchers discovered the existence of 21 species of shrews on Sulawesi, only seven of which were previously recognised. Pictured, Elongata subgroup skulls

Differences in colour were strong physical indicators – some have white feet and others dark feet – as well as length and density of the fur.

‘Morphologically, we found that various body proportions were most useful in distinguishing the species,’ Esselstyn told MailOnline.

‘They all have very similar body proportions, which was quite confusing in the beginning,’ he told MailOnline. 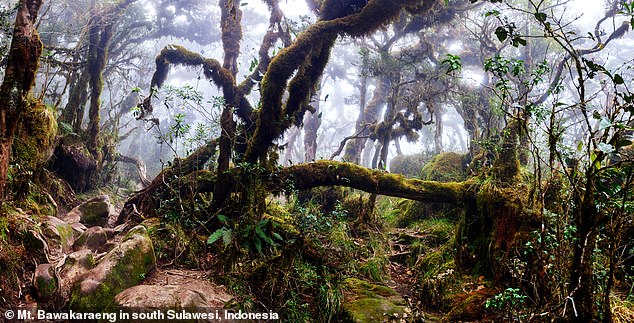 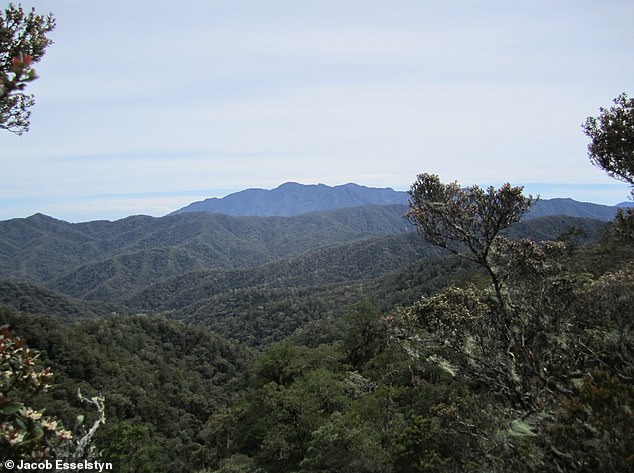 The researchers say: ‘The species-level diversity of Crocidura on Sulawesi is nearly three times the known diversity of any other insular shrew fauna’. Pictured, Mount Gandang Dewata

‘Once we had collected genetic data, we say that they are not each others’ closest relatives.

‘So they are probably either similar morphologically to the ancestral shrew species that first colonized Sulawesi a few million years ago, or they represent a remarkable case of morphological convergence.’

Along with Anang Achmadi from the Indonesian Institute of Sciences in Cibinong, Indonesia, Esselstyn began capturing shrews on the island in 2010 and soon realised there were too many undocumented species.

In total, the group trapped and examined genetic and morphological data of 1,368 shrews between 2010 and 2018.

Researchers discovered the existence of 21 species of shrews on Sulawesi, only seven of which were previously recognised. 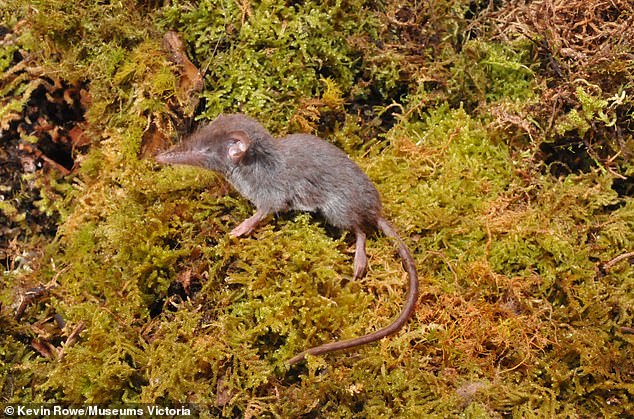 Crocidura caudipilosa. This is not one of the new species. Esselstyn and colleagues described this species in another paper in 2019

The known diversity of shrews on Sulawesi is now three times more than is known from any other island, they say.

So far, little has been documented about shrews in mountainous regions such as Sulawesi.

‘It’s essential that we document and name that diversity,’ Esselstyn said.

‘If we can make discoveries of this many new species in relatively well-known groups like mammals, imagine what the undocumented diversity is like in less conspicuous organisms.’

The findings are detailed further in the published paper published in a new issue of the Bulletin of the American Museum of Natural History.

The Somali elephant shrew, known for its curiously long snout, has been found in the African wild for the first time in more than 50 years, scientists reported in 2020.

Having been considered ‘lost to science’ since 1968, the tiny mammal was discovered in the rocky landscape of the Horn of Africa.

Following sightings by locals in the African country of Djibouti, scientists set traps for the critters consisting of peanut butter, oatmeal and yeast extract.

After catching several specimens for further study, the team said the Somali elephant shrew survives after fears it had gone extinct.

The insect-eating creature is neither an elephant nor a shrew, although it’s more closely related to the former.

Also known as a sengi, it’s a distant relation to aardvarks and manatees as well as elephants, despite being the size of a mouse.

Since being lost to science, just 39 preserved specimens held in the world’s natural history museums was the only physical evidence that it ever existed.

The Global Wildlife Conservation group even included it on its ’25 most wanted lost species’ list.