A boy of 14 is believed to be the youngest person in Britain to die after taking the ‘zombie drug’ Spice.

Luke Pennington suffered a severe reaction after taking the drug at a sleepover with friends.

Hours after he had taken the synthetic form of cannabis at a house in Stockport, the schoolboy was pronounced dead in hospital, an inquest was told.

Luke Pennington with his mum Stacey Webb. He is believed to be the youngest person in Britain to die after taking the ‘zombie drug’ Spice

The youngster is pictured with his mother Stacey Webb on her Facebook page, and several relatives changed their profile pictures to those of Luke as a mark of respect.

Stockport Coroner’s Court heard that, hours before he died, Luke and a group of friends had bought some Spice, which often leaves users unable to move or speak.

Luke took the drug first, on March 17, followed by a friend, the inquest heard.

When the pair fell ill, paramedics were called and took the boys to Wythenshawe Hospital in Greater Manchester. 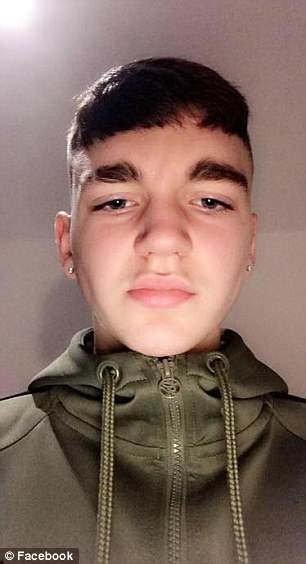 From there, Luke was transferred to the intensive care unit at Alder Hey Children’s Hospital in Liverpool, but died at 1.55am on March 18.

Giving evidence at the opening of the inquest, Rita Wilkinson, a senior officer at Greater Manchester Police, said: ‘Luke was with some friends at a sleepover.

‘They had purchased some Spice and that was taken. Luke had taken it first followed by one of his friends.

‘Luke had a severe reaction immediately after and paramedics were called.’

The youngster’s death is being treated as ‘unascertained’ until toxicology reports are completed, the court heard. A full inquest will take place in October.

Greater Manchester Police later arrested a 16-year-old boy on suspicion of having Class A drugs with intent to supply. He has been released on bail pending further enquiries.

Luke, who attended St James’ Catholic High School in Cheadle Hulme, was described by his teachers as ‘popular and well-liked’.

Headteacher Tim Beesley said: ‘Our thoughts, prayers and sympathy go out to his family and friends at this very difficult time.

‘We are offering support for any of our students who have been affected by his death, particularly those who knew him, as he was a very popular and well-liked member of our school community.’ 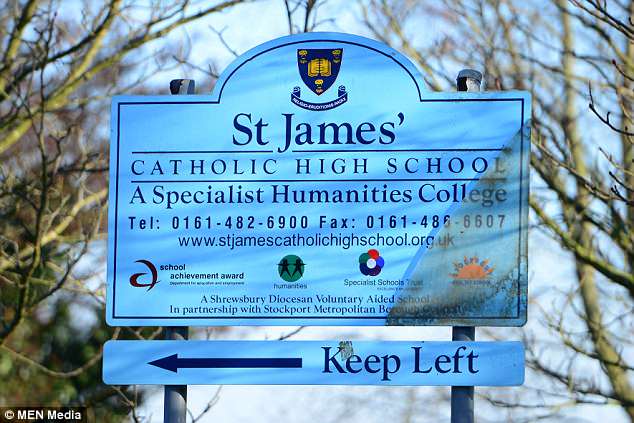 Spice was formerly a legal high but was outlawed last year, meaning it is now an offence to have it for personal use, supply it or have it with intent to supply.

An epidemic of Spice swept through Britain’s homeless population and prisons last year.

It was given the ‘zombie’ label after users were seen unconscious or comatose on the streets.

Deaths from the drug, which is considered as addictive as heroin or cocaine, more than trebled from eight to 27 in a year.