The first day of spring could bring another mix of wintry showers this week, making it the fourth Nor’easter this month.

The potential snow and rain storm is predicted to arrive on Tuesday and continue through midweek – with anywhere between one to six inches of snow and rain throughout the Tri-State area and beyond.

Forecasters say the precipitation may be a dusting or heavy snowfall. The Nor’easter likely won’t be the last of its kind for the season.

‘Spring starts tomorrow, but snow is in the forecast,’ the New York National Weather Service said on Twitter Monday morning.

The fourth Nor’easter this month is expected to arrive Tuesday, the first day of spring 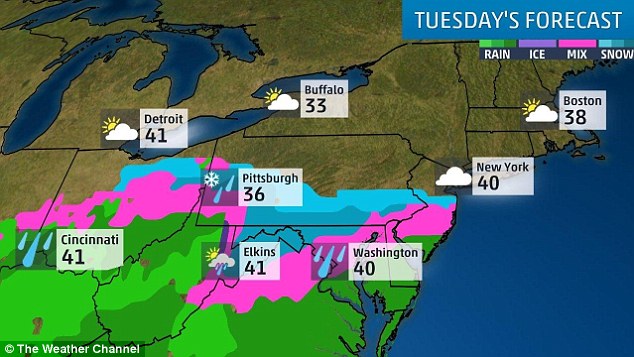 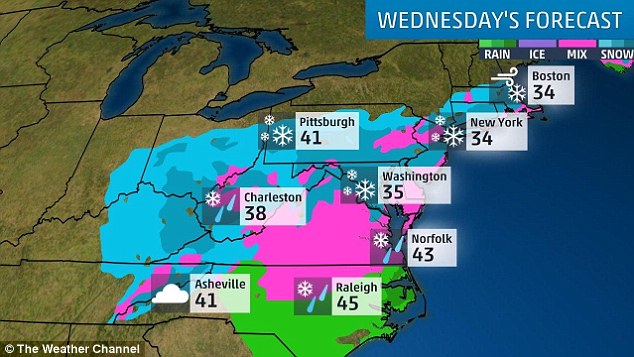 New York National Weather Service said on Twitter Monday morning that while ‘spring starts tomorrow, snow is in the forecast’ 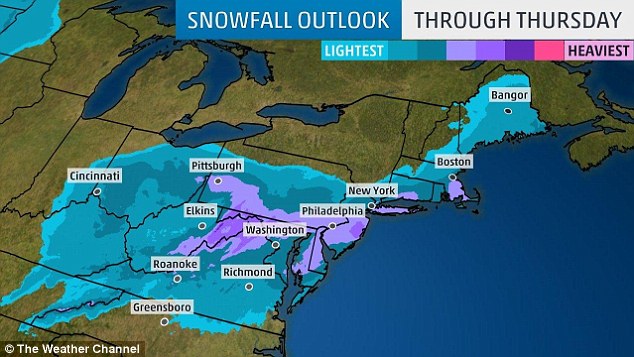 Forecasters say the precipitation may be a dusting or heavy snowfall. The Nor’easter likely won’t be the last of its kind this month

‘Another coastal storm will brush the region late tomorrow night and Wednesday, with a growing concern for heavy, wet snow on Wednesday across a portion of the area.’

Forecasters predict the heaviest precipitation to drop near the Jersey Shore and Long Island, according to NBC New York.

WBZ Chief Meteorologist Eric Fischer said on Sunday the fourth Nor’easter won’t be as ‘intense’ as the last few, but temperatures will be chilly enough for more snow to arrive.

Temperatures are expected to be in the mid-30’s to 40’s on Tuesday and Wednesday during the day. By Friday, temperatures will rise to the upper 40’s. 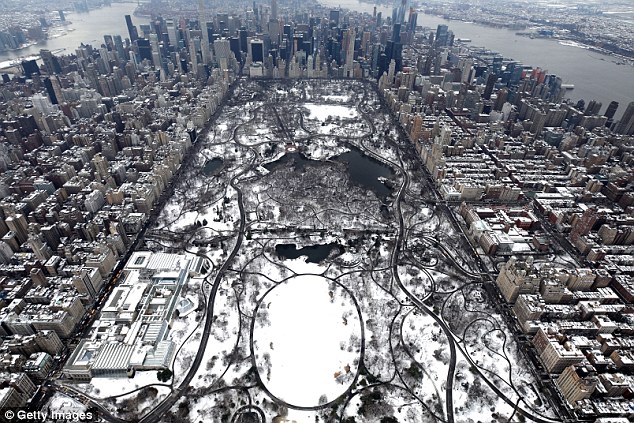 Central Park lies under a blanket of snow in New York City, United States on March 8, 2018 during the second Nor’easter in a week 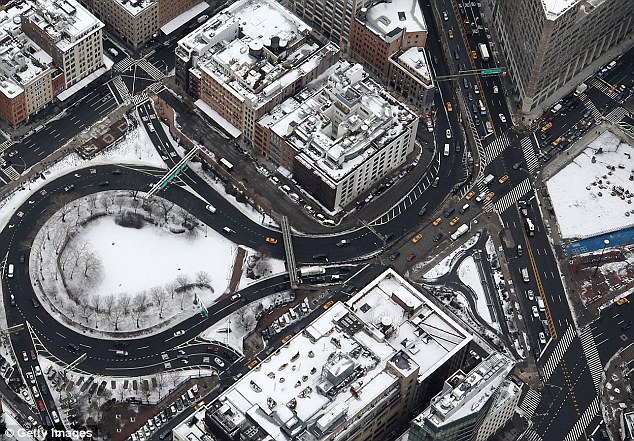 An aerial view of snow covered Manhattan after the snowstorm in New York City, United States during the second Nor’easter, which influenced a large portion of East Coast

Heavy winds could make the storm seem more severe – as ’15 to 25 mph winds with gusts up to 40 mph’ are predicted through midweek, NBC reports.

The third Nor’easter, which arrived on March 12, mostly affected Connecticut and Long Island.

More than 18 inches were recorded in Southampton and 11 inches in Newtown during the third storm. 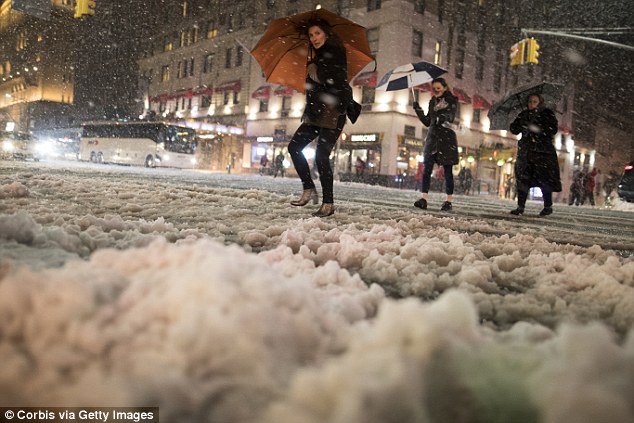 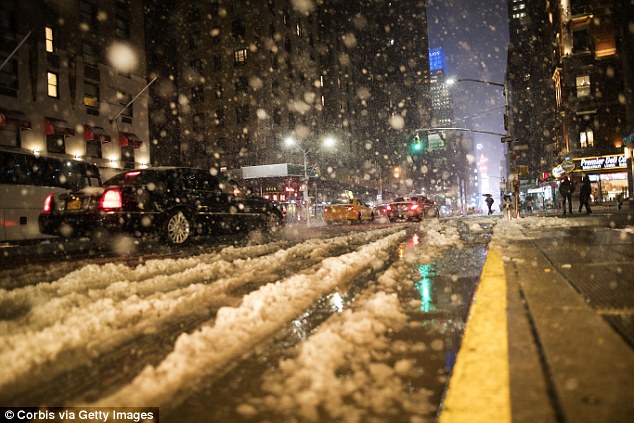 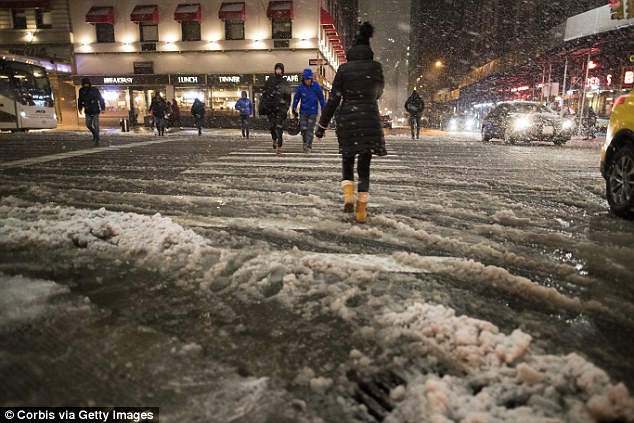 Millions of residents were left without power and others were forced the cancel travel arrangements.

Meanwhile, hundreds of flights had been delayed or cancelled due to the dire weather forecasts.

By late that evening, more than 2,700 flights coming into, or out of the US, had been cancelled and more than 2,300 delayed.

The storms were said to be responsible for the deaths of three people and injuries of numerous others.

A teacher at Manchester Middle School was injured after being struck by lightning while on bus duty outside the school.

An 88-year-old woman in Suffern, New York was killed after a tree fell on her in the driveway of her home, local police confirmed.

An 11-year-old boy was also killed by a falling tree in Hudson Valley.

A New Jersey man, who was not identified, was found dead next to his vehicle after accidentally driving into a live wire.