‘We all know you are a Trumpet, you need not scream it’: Fox News host Jesse Watters reads out his liberal mom’s hilarious scolding texts advising him to ‘stay in your wheelhouse’ and NOT to become Trump’s Chief of Staff

Fox News presenter Jesse Watters read a text out loud from his mother on-air in which she urged him not to take the job of Donald Trump’s chief of staff if the president offered it.

Watters broadcast her advice of ‘DO NOT accept an offer to be Chief of Staff’ on the news channel during an segment called ‘Mom Texts’ in which he reads messages that have been sent to him by his liberal-leaning mother, Anne Watters.

Several people have reportedly turned down the offer to become the next White House Chief of Staff replacing John Kelly. 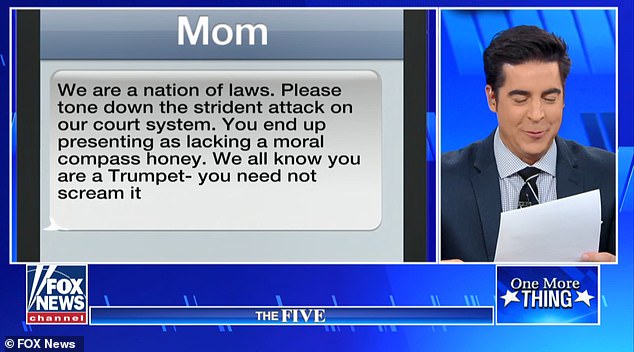 Messages read: ‘We are a nation of laws. Please tone down the attack on our court system We all know you are a Trumpet — you need not scream it.’ 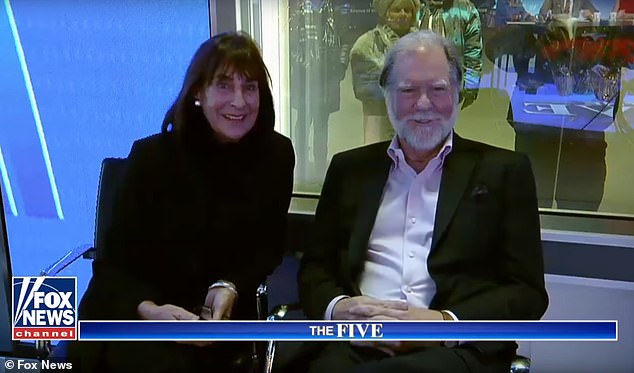 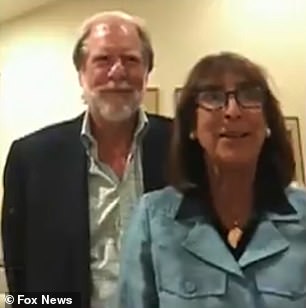 During the show hosted by the Watters, a conservative political commentator, he read a number of text messages sent to him by his mom that were said to be ‘piling up fast’.

The first text read: ‘Pau] Manafort is a criminal,’ after Robert Mueller said Trump’s former campaign chairman had lied to the special counsel’s office during the Russia investigation, after Manafort had previously been found guilty on eight felony fraud charges.

‘Short and sweet, Mom,’ Watters said about the text.

In the another text, Watters’s mother wrote: ‘Jesse, the Mueller investigation is now a 3 pronged attack—you read Axios—and you are coming across as utterly unethical and valueless? Why do that?

‘You don’t have the expertise nor the knowledge to question the special counsel’s investigation until you know what they know,’ Anne Watters added. ‘Hush Jesse.’ 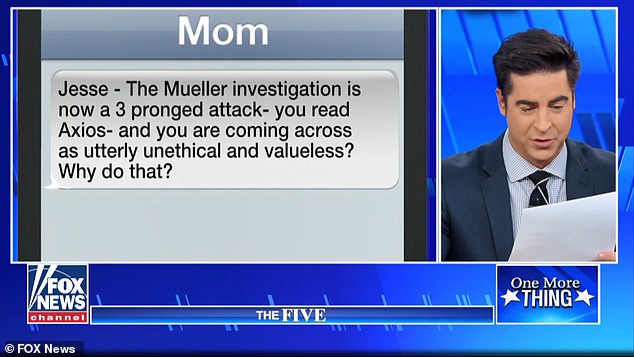 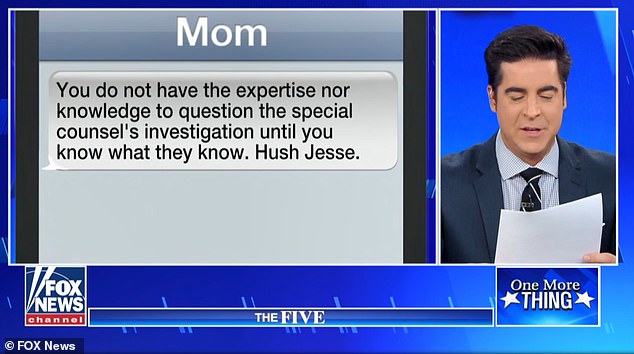 Jesse, 40, was brought down to earth by his mother who told him to keep his thoughts to himself and to stop speculating on the Mueller investigation

In further messages Watters reminded her son ‘we are a nation of laws’ and asked him to ‘tone down the strident attack on our court system.

‘You end up presenting as lacking a moral compass honey. We all know you are a Trumpet—You don’t need to scream it.’

In a two-part text message to the host, Anne Watters said: ‘Please bring just a TAD more measured caution to your heretofore overly exited support of this president; you really are presenting as really out there Jesse. And above all, please stay in your wheelhouse—you can have an opinion but let’s acknowledge you have no legal expertise.’ 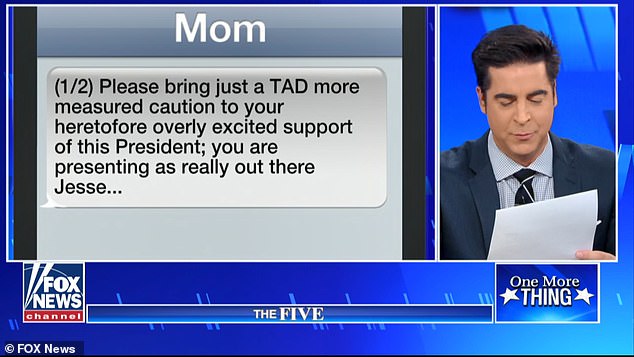 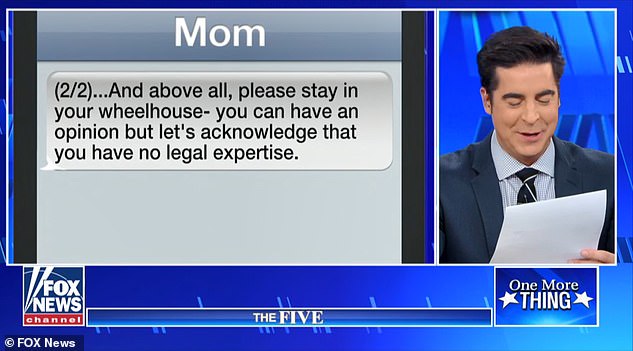 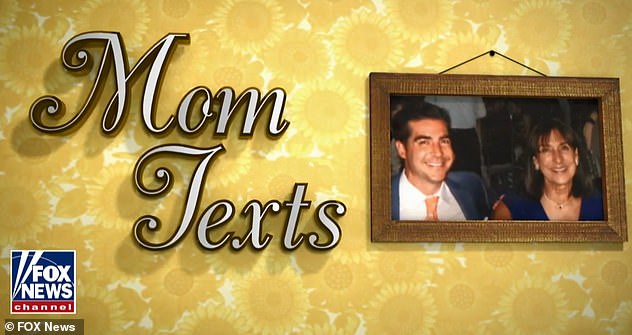 The messages appeared on a special segment called ‘Mom Texts’

‘Any political arena is fraught with name calling, as well as wretched accusations by all sorts of players, but not by the president of the United States.

‘To normalize his behavior [of] calling a woman ‘horseface’ demeans you and makes you appear crass, and quite awful and misogynistic,’ she wrote, reported the blog Fox News Insider.