The parent company of Ladbrokes Coral and Foxy Bingo has increased its expected earnings by around £50million after its digital gaming revenues shot up over the summer period.

GVC Holdings now predicts making between £770million and £790million in earnings this year as its online takings heavily outpaced the drop in trade at its UK betting shops.

Total net gaming revenues rose by 12 per cent between July and September, with its Australian market recording a 64 per cent uplift and online sales climbing by 26 per cent.

The FTSE 100 firm’s performance in the rapidly-expanding United States sports betting market was particularly strong too, and it now hopes to fetch around $150million-$160million in net revenues from it this financial year.

Its BetMGM joint venture was boosted by partnership and marketing deals with professional sports teams such as the American football team Denver Broncos, as well as becoming the official betting partner of the PGA golf tour and Nascar.

GVC also announced today it was acquiring Portuguese gambling website Bet.pt, one of the country’s largest online betting firms so that it can enlarge its presence in another fast-developing market.

‘This has been another strong period for GVC,’ said chief executive Shay Segev. ‘We have delivered our nineteenth consecutive quarter of double-digit online growth, along with market share gains in all our major territories.’

‘The momentum that we are seeing across the Group is a clear testament to the resilience of our highly diversified business model, the attractiveness of our brands and products, the power of our proprietary technology platform, and the hard work and dedication of our teams around the world.’

Segev, 44, was promoted to his new role in July after the previous boss Kenny Alexander departed following 13 years at the helm, during which time the business underwent a major expansion. 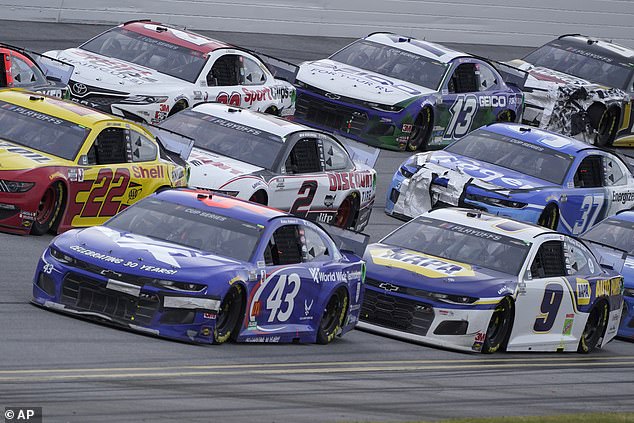 However, Covid-19 has somewhat dented this progress, despite the soaring rise in customers turning to online gambling this year. The cancellation or postponement of sporting events has further impacted their results.

UK retail sales plummeted by 36 per cent in the first nine months of 2020 compared to the same time last year, mainly because GVC was forced to temporarily close its British betting shops in March.

European store revenues also declined by 32 per cent, and overall net gaming revenues across the whole business are still down 3 per cent.

Segev expressed optimism over the company’s future though, remarking that ‘in the longer term we are confident of being able to continue delivering sustainable growth for all our stakeholders.’ 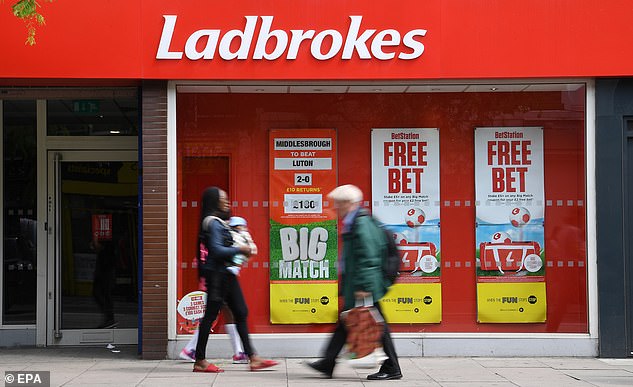 UK retail sales fell by 36 per cent in the first nine months of 2020. This was mainly because GVC was forced to temporarily close its British betting shops in March

He added: ‘GVC is primed for further growth. In the US, BetMGM continues to go from strength to strength as we roll out into new states, integrate further with our partners’ customer propositions and deliver innovative products and features.

‘With a market share of approximately 17 per cent across our live markets, we are making great progress towards being the leading operator in the US.

The group has scrapped dividends to save money, but not permanently closed any betting shops. It also furloughed thousands of staff, but received criticism soon afterwards for paying senior company officials large share bonuses.

Further trouble arose when HMRC began a probe in July into whether a former Turkish subsidiary engaged in ‘potential corporate offending.’ GVC said it was ‘disappointed’ by the investigation.