Frail at forty: Nearly HALF of all adults in their forties are ‘pre-frail’

Frail at forty: Nearly HALF of all adults in their forties are ‘pre-frail’ – which could mean future falls and hospital visits

Nearly half of adults in their forties may be at risk of becoming frail – which could raise their chances of future falls and hospital visits.

Experts say their findings show that adults don’t have to be elderly to be ‘heading down the path to frailty’.

Researchers looked for warning signs in 656 volunteers that they may be at risk of becoming vulnerable.

This matters because frail people tend to be less healthy, and have poorer thinking skills and less energy, which can lead to physical decline and illness.

Older people who are frail tend to have slower walking speeds and poor grip strength, so the study also looked for these as signs that participants were pre-frail.

They then asked them about exhaustion, physical activity and unexplained weight loss. Professor Sue Gordon, first author of the study from Flinders University in Adelaide, Australia, said: ‘You don’t have to be in your seventies or eighties to be heading down the path to frailty.

‘Age doesn’t matter. Healthy ageing interventions and self-management should commence in at least the fourth decade of life, focusing on these factors which contribute to pre-frailty and frailty.’

The researchers, whose study is published in the journal BMC Geriatrics, worked out that 56 per cent of pre-frail people walk unusually slowly, after measuring this in a six-minute walking test. 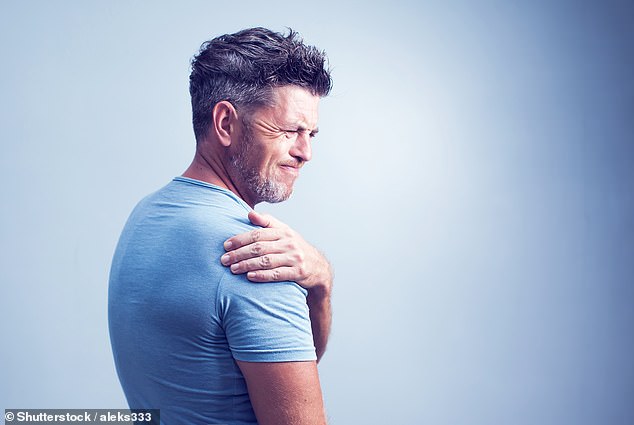 They found that a third had a poor grip, with 16 per cent stating that they felt tired for no reason most or all of the time.

Fourteen per cent had low levels of physical activity while 7 per cent had lost more than 10lb, or at least 5 per cent of their body weight in the past year. Researchers also looked at other factors which were more common in people at risk of becoming frail including poor balance when asked to stand on one leg, low muscle mass, poor leg strength and hearing.

The study is unusual in looking for signs of future frailty in people in their forties, as this is normally judged a problem for elderly people.

The authors recommend that those aged 40 and over should be screened for problems such as poor balance, hearing and muscle strength, and say exercise could help prevent them becoming frail.

Co-author Professor Anthony Maeder, also from Flinders University, said: ‘People working from home during the self-isolation period can take the opportunity to reassess their health, habits and routines to seek ways to make their daily routines and homes better places to live, and live longer in the process.’