‘If a player is available for his club, it is normal that they be part of this squad’: France boss Didier Deschamps risks new row with Chelsea boss Frank Lampard over fitness of N’Golo Kante as he selects him for international duty

Didier Deschamps has risked a new row with Frank Lampard over the fitness of Chelsea midfielder N’Golo Kante, who has been included in France’s latest squad.

Kante has endured a frustrating start to the season as he has been restricted to just six appearances in all competitions after suffering an ankle injury.

However, the Frenchman has recovered from the injury and was an unused substitute during Chelsea’s enthralling 4-4 draw to Ajax in the Champions League on Tuesday night. 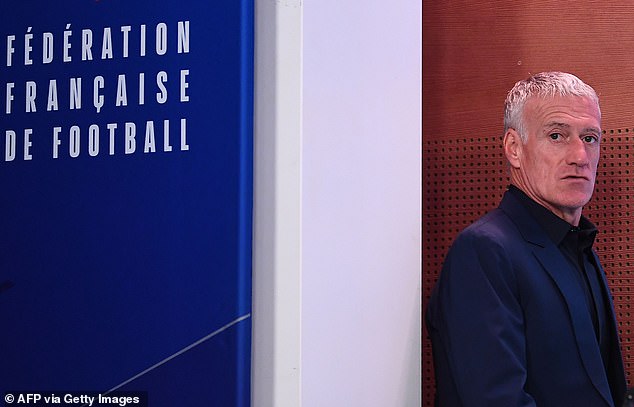 On Thursday afternoon, the ever-reliable midfielder was named in the France squad to face Moldova and Albania in their Euro 2020 qualifiers during the upcoming international break.

And Deschamps claimed that Lampard can have no complaints about including Kante in his squad.

Speaking about Lampard, Deschamps said: ‘I haven’t spoken to him. NG has taken time to recover, he was back in training last week, in their squad for the Champions League.

‘He is back to full fitness. If a player is available for his club, it is normal that they be part of this squad.’ 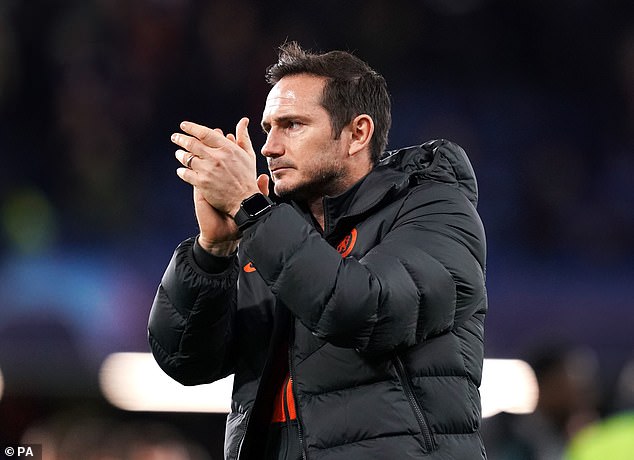 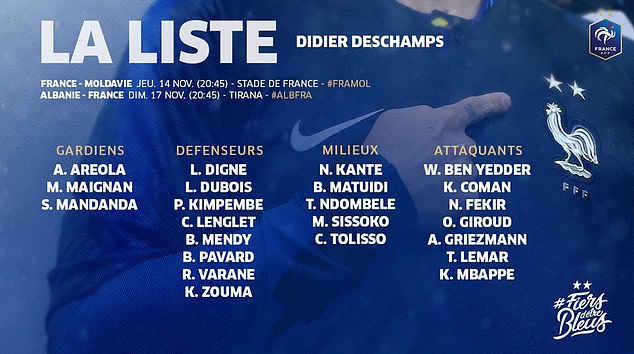