France may have danger men, but Wales can draw on all their experience to win the Grand Slam

Remember there is no one at the Stade de France to whip this one up into a French frenzy. Remember all that when it is tight on Saturday night — it might help get you through if you are Welsh. Captain Jones’ advice applies to every fan. 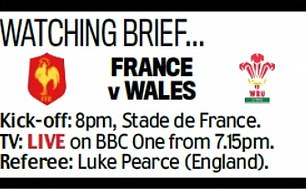 ‘He spoke about not playing the game early,’ said full back Liam Williams. ‘We all need to keep calm until 8pm.’

This could be another special night for Welsh rugby. A fifth Six Nations Grand Slam — however unlikely it felt last year — is on.

You cannot be there, but you can be sure the men in red are thinking of you at home on Saturday night.

‘At our team hotel there’s an army of guys relaying the driveway — you could see the excitement in their faces as they waved us off,’ said Jones. ‘It’s not lost on us.’

Williams added: ‘Fans or no fans, we’re playing for our country and most people would kill to be in our position. It would be an amazing achievement to win a Grand Slam.

‘It’s what people dream about and for the fans who haven’t been able to be there and have been watching on TV at home with a can of Carling, we want to get the win for them as well.’

That a takeaway pint is all you are allowed at the moment in Wales, and not even that if you live elsewhere, is a crying shame not just for the coffers of St Mary’s Street and Mill Lane bars. 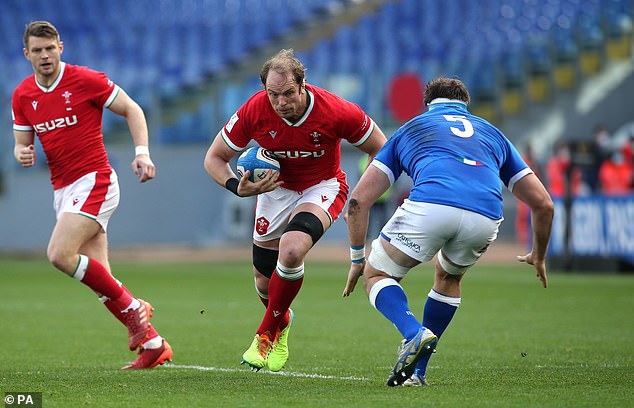 It will be all so different, so flat and so weird. For a start the Grand Slam game is not in Cardiff for the first time in 27 years — and that brings fresh challenges for this side used to sealing the deal at home.

But at least you will not face a snaking queue for a tipple, the heartbreak of finding out the Stade de France is a dry stadium, or the mad dash home to a questionable hotel room in the early hours.

With the French capital entering a new lockdown this weekend, no one will be painting Paris red if Wales win. So you can settle on to your sofa and bubble up with the rugby and, if you are Welsh, pray.

The French are dangerous, make no mistake about that. Antoine Dupont, Matthieu Jalibert and Virimi Vakatawa are the closest thing Les Bleus have had to the Holy Trinity for years.

‘We know it’s going to be tough,’ added Williams. ‘They’ve been playing good rugby and have some special players.’ 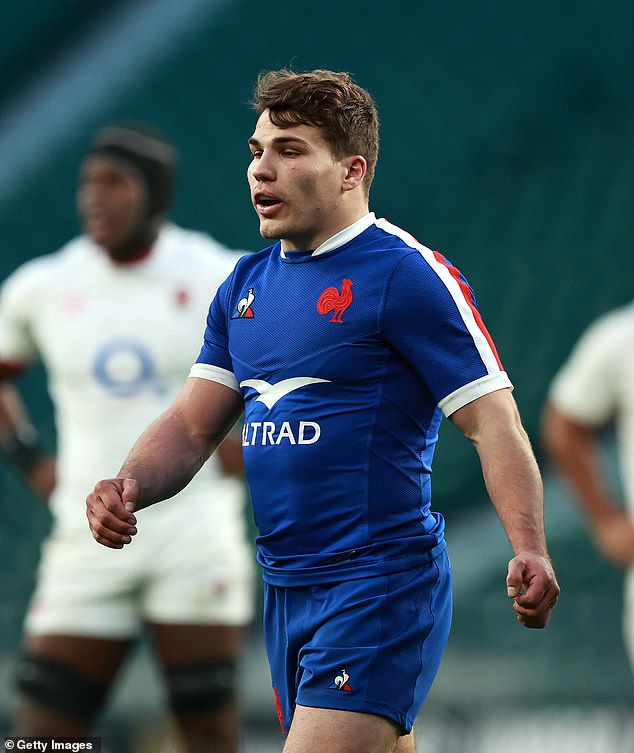 The captain equals All Black Richie McCaw’s all-time appearance record for one country in Paris.

Jones agrees. ‘They’ve got the potential to be devastating on the counter-attack,’ said the captain.

‘They’ve got Antoine Dupont who is pulling the strings and has been the standout figure in the last two campaigns.

But for all the praise, remember France are beatable — as proven by England — and do not have the big-match experience that Wales ooze from every pore.

French boss Fabien Galthie knows that. ‘Wales have a strong culture, a monstrous amount of collective experience,’ said Galthie. ‘They are competitors, they know how to prepare.’

If it came down to genes, to inherent skill, then France would walk it. But there is so much intangible about Wales and these Saturdays when it is all on the line that you would be a fool to doubt them.

The Welsh may have dazzled by scoring 17 tries this tournament — a record to match only the swashbuckling Slammers of 2005 — but this is not a night for that.

‘It’s going to be a close battle,’ said Williams. ‘We’re going to have to take them down to the pits, grind them down, tire them out and hopefully it opens up in the second half.

‘Shaun Edwards has turned them into a different team defensively. They’ve been one of if not the best team in the Six Nations.

‘He’ll be looking at their physicality against us. When he was here it was all about physicality. It’s going to be tough but hopefully we’re good enough to win and create history.’ 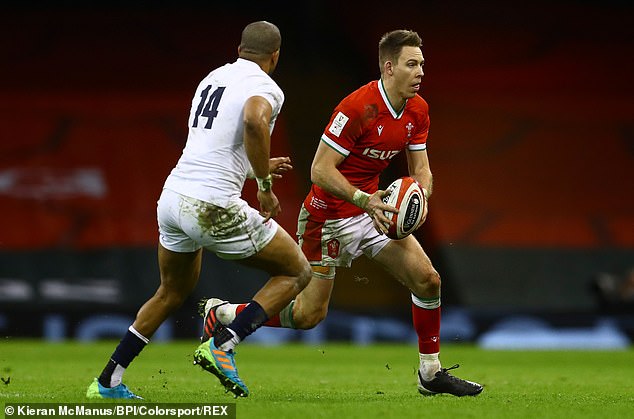 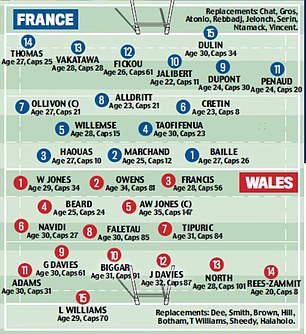 It is in those trenches that Wales are still at their most comfortable. In the bloody fight, relying on wit, nous and cleverness, commitment and desire while kicking and chasing well.

This could be more like the World Cup semi-final of 2019 then, when Wales lost to South Africa in Yokohama — attritional.

Faced with a brutally physical team they fought like mad and stuck in, tackled until bits fell off them and, which is not a great omen, finally ran out of gas with four minutes left, conceded one breakdown turnover when spent and lost by the penalty Handre Pollard kicked. The challenge then is to out-do that on Saturday night and right those wrongs.

They are far less bashed up now, have more electric game-breakers — such as Louis Rees-Zammit out wide, who has scored four tries so far — a more dynamic bench with Tomos Williams, Callum Sheedy and Uilisi Halaholo the closers and, if it were possible, even more experience.

Forget the glitz and glamour show then. On Saturday night, Wales man the barricades.

A close defeat or a draw will be enough for the title, but win and it will light glorious celebrations across three million living rooms, and would be a mighty Slam many Welsh will long remember…