The Republic of Ireland return to the scene of one of the biggest controversies in their footballing history when they face France in Paris on Monday evening.

For Ireland fans, the memories of the Thierry Henry handball which was not spotted by the officials at the Stade de France in November 2009, in the process robbing the nation of the chance to make it to the World Cup finals in South Africa the following summer, remain as fresh as they were almost nine years ago.

Here, Press Association Sport takes a look at some of the talking points surrounding the latest clash between the two countries.

There is only one place to start. On November 18, 2009, Giovanni Trapattoni’s men arrived at the Stade de France for the second leg of their World Cup play-off trailing 1-0 and turned in a fine display which saw Robbie Keane’s equaliser take the tie into extra time. It was then, however, with penalties looming, that Swedish referee Martin Hansson and his assistants failed to spot Henry handling the ball before he crossed for William Gallas to score what proved to be the decisive goal. Sunday’s game will be the first time the sides have met at the venue since that night.

France and Ireland did face each other in Lyon in the last 16 of the Euro 2016 finals, and Martin O’Neill’s men gave the hosts an almighty fright. Robbie Brady’s second-minute penalty silenced a partisan crowd and it took a quick-fire second-half double from Antoine Griezmann, coupled with Shane Duffy’s red card, to restore a measure of calm. However, only five of the men who started that afternoon – Duffy, Seamus Coleman, Jeff Hendrick, James McClean and Shane Long – are included in a largely experimental squad this time around.

Deprived of senior keepers Darren Randolph, Rob Elliot and Keiren Westwood through injury, O’Neill has had to dig deep into his resources to find replacements. Bradford’s Colin Doyle, who won his second cap in Turkey in March 10 years and 304 days after his first, is likely to get the nod over uncapped duo Conor O’Malley, used as a substitute in last weekend’s testimonial trip to Celtic, and Shane Supple. 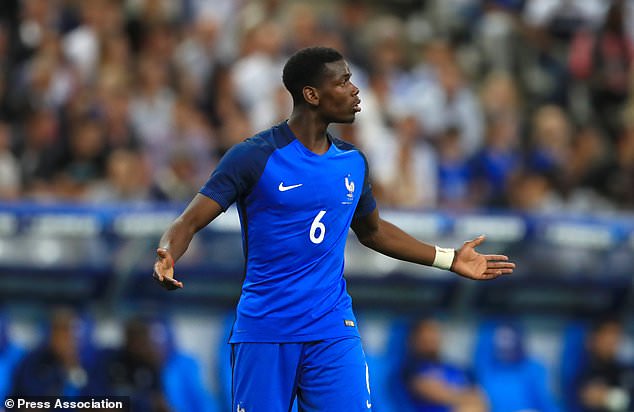 France boss Didier Deschamps will use friendly clashes with the Republic, Italy and the USA to finalise his plans for Russia, where his side launches their campaign against Australia in Kazan on June 16. With Dimitri Payet missing from the squad through injury, he has a sizeable hole to plug, while Marseille team-mate Florian Thauvin will hope to press his claims after an impressive season at club level. However, perhaps his biggest challenge is to find a way to get the best out of the enigmatic Paul Pogba.