France will file a complaint to FIFA after Antoine Griezmann’s last-minute goal against Tunisia was chalked off by VAR – with the country’s federation insisting it was ‘wrongly disallowed’.

Griezmann volleyed home eight minutes into stoppage time but the goal was ruled out after the forward was adjudged to be offside when Aurelien Tchouameni sent the ball into the area.

The ball was deflected by a Tunisian defender into the path of Griezmann, who was onside at that point, but the effort was disallowed and Tunisia won the game 1-0. 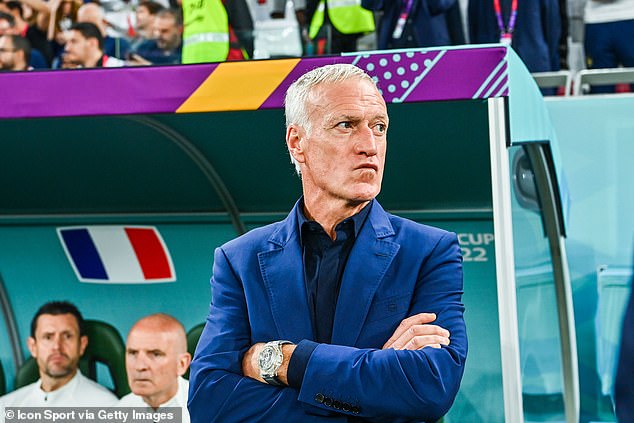 In a statement, the French Football Federation said: ‘We are writing a complaint after Antoine Griezmann’s goal was, in our opinion, wrongly disallowed. This complaint has to be filed within 24 hours after the final whistle.’

The FFF did not specify whether the complaint was over the goal itself or the fact it was ruled out after the final whistle.

Despite Tunisia’s valiant efforts against Les Bleus, the plucky African outfit were eliminated from the tournament while France advanced top of Group D into the last 16 – where they will face Poland on Sunday. 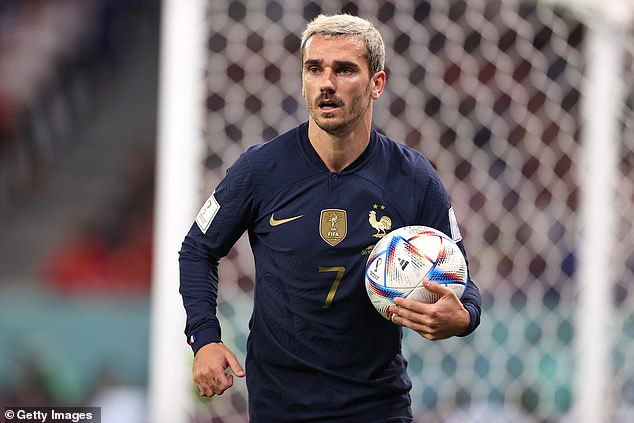 France struggled to deal with Tunisia as manager Didier Deschamps played a makeshift side his his team’s progress all but assured.

Defender William Saliba admitted they were ‘shaken up’ by their opponents.

He said: ‘It definitely wasn’t an easy game today. The team was changed, there were a lot of players who had never played together, so it was a bit difficult. It was a bit better in the second half at the start, but then we conceded that goal. We were pushing at the end to try and score but unfortunately it wasn’t enough.’

I wouldn’t say there was a sense of fear, but we were shaken up a bit at the start of the match. But there were players who weren’t in their usual position, so they weren’t used to it.’