Economically illiterate. There’s no other way to describe Jeremy Corbyn. During his BBC1 interview with Andrew Neil, the Labour leader revealed a failure to understand simple economics.

A total ignorance of how the tax system works, of the meaning of financial reserves and national debt, of government bonds, of pensions, of the impact that re-nationalisation would have – and above all of what life on a tight budget is like for millions of families.

As an economic commentator, I watched in increasing astonishment – and with great concern. The interview was immediately condemned as ignominious for Corbyn, by pundits on both Left and Right.

But more than his dithering on Brexit, defence and anti-Semitism, it was Corbyn’s breathtaking absence of understanding about money that frightened me.

I’ve no political axe to grind. I side with no party. But from an economist’s standpoint, I am staggered by the breadth of his ignorance.

I particularly wanted to hear how he intended to pay for the ‘Waspi’ [Women Against State Pension Inequality] compensation handout that was announced, out of the blue, last weekend.

As I had suspected, there was no coherent plan to cover the estimated £58billion cost of this pledge – money to be added to the £83billion of other spending commitments in Labour’s manifesto.

Time and again, Corbyn was left floundering at questions around basic financial matters.

Look at the way he talked about taking away the married couple’s £250 tax break, as though that sum would be insignificant. 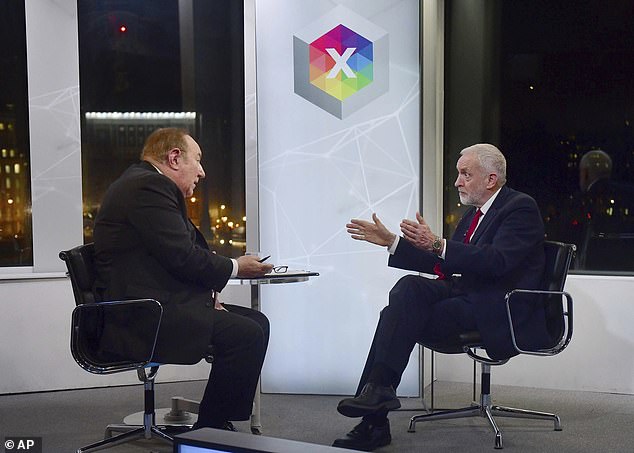 During his BBC1 interview with Andrew Neil (pictured), the Labour leader revealed a failure to understand simple economics, she writes

He appeared to shrug off the implications of losing that much money in one swingeing cut. Corbyn clearly does not realise that, according to the Office for National Statistics, £250 is more than the cost of four weeks’ food shopping for an average family.

Only a man such as Corbyn –whose wealth has been calculated at £3million – could think such a sum insignificant.

His lack of understanding about life for those on a pension was equally shocking. Labour’s plan for higher taxes on dividends would affect millions who worked all their lives to save just enough for retirement.

Corbyn appears to think that share dividends are just for ‘fat cats’, corporate businessmen who take advantage of the lower rate of tax. It’s an infantile notion.

The reality is millions of pensioners rely on small but regular dividends from their pension portfolios. That’s how they have been encouraged to save for retirement. To levy greatly increased taxes on those dividends would be monstrous.

Andrew Neil cited a case in which a pensioner scraping by on £14,000 a year would lose £400 at a stroke. Corbyn seemed barely to register what this meant. In his world, money doesn’t have to be managed. It simply materialises when needed.

That was certainly the case when it came to Waspi compensation. Corbyn claims the Treasury must find up to £32,000 each for nearly four million women born between 1950 and 1960, to refund a pension shortfall. He calls this a ‘moral debt’, but there’s nothing moral about it. On the contrary, his proposal is indefensible.

Labour is promising to pay this mind-boggling sum to the richest generation in history – while the worst of the burden will fall on people who are too young to vote in the General Election. 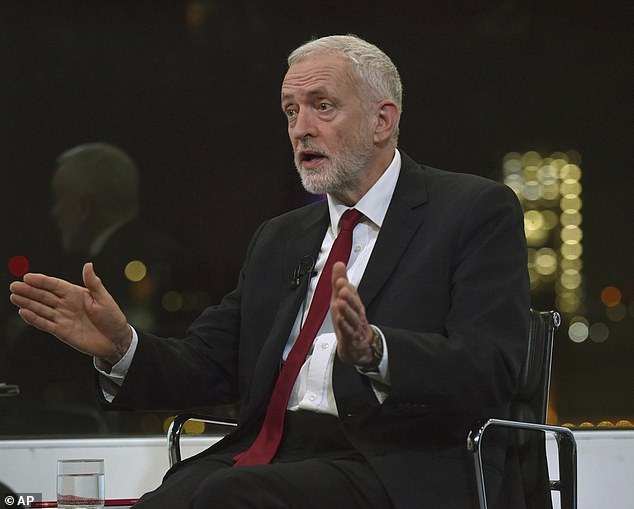 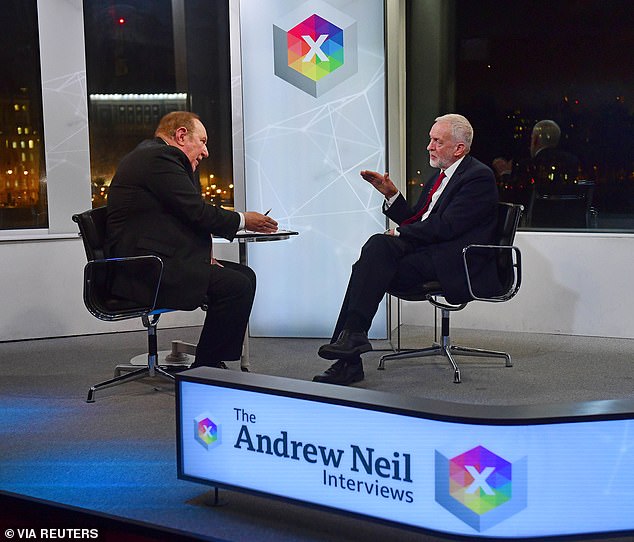 As an economic commentator, I watched in increasing astonishment – and with great concern, Frances Coppola writes

It is clear that Labour has no serious economic plan.

Corbyn started blustering about ‘government reserves’, as though the nation has untapped billions in a savings account. It doesn’t. What it has is a national debt currently standing at almost two trillion pounds – that’s £1,750billion.

It happens that my 60th birthday is in January. When I began my career in banking, I expected to reach pensionable age at 60. Now, though, I must wait ’till I’m 66.

Labour’s pollsters have identified women of my age as a demographic that might be tempted to swing to the Left, given a big enough bribe.

That is why the ‘Waspi’ policy appals me. Under Corbyn’s proposals, I would receive £1,595 over five years. Yet women my age are part of the richest generation in history.

Of course, not every woman of my era can call herself well-off. As in every generation, some will be unlucky and hard-up, perhaps even living in poverty. But surely no other age group comprises so many wealthy individuals. As people live longer lives, the number with Alzheimer’s and other forms of dementia rises. These people need all the care their loved ones can give.

If the Labour leader thinks he’s got £58billion to spend, surely a living wage for carers would be a far more urgent priority.

Another alarming point was that Corbyn evidently had no idea of how reliant the country is on high earners to fund income tax. As it happens, 5 per cent of highest earners supply half the entire revenue.

Nor did he appear to have any conception of how nationalisation works. Taking the railways and utilities back into public ownership will have a huge impact on the life savings of ordinary people, as these are key assets for pension funds.

The cost of Corbyn’s proposals barely seems to register with him. He talked of issuing government bonds to recompense shareholders, but couldn’t grasp that these bonds represent more government debt.

That debt will have to be paid off, and meanwhile interest payments will push it even higher. Like an irresponsible spendthrift living on the ‘never-never’, Corbyn’s only economic plan seems to be to put everything on the national credit card.

And that’s a recipe for bankruptcy. There’s clearly no economic rationale at all – in any part of his ruinous manifesto.

Frances Coppola is the author of The Case For People’s Quantitative Easing, published by Polity Books