Frances Tiafoe’s incredible story as he eyes US Open glory

In the aftermath of beating Rafael Nadal, Frances Tiafoe, the first man to defeat the Spaniard at a Grand Slam in 2022, was in the locker room losing his mind over a six-word tweet.

The author? That would be LA Lakers’ franchise star LeBron James, now one of Tiafoe’s biggest fans.

‘Man, I was losing it in the locker room. Bro, I was going crazy,’ Tiafoe said afterwards.

Frances Tiafoe is three matches away from winning the US Open, his first Grand Slam title

‘I mean, that’s my guy. So to see him post that, I was like, “Do I retweet it as soon as he sent it?” I was like, “You know what, I’m going to be cool and act like I didn’t see it” and then retweet it three hours later.

‘Obviously he knows I’m a big fan of his. I got a text from Rich Paul (James’ agent) as well. That’s super cool.

‘The fact they’re watching right now. It’s a perfect time. US Open is always a perfect time because there’s no real sports really going on. People can focus on tennis, which is great.’

Posting about Tiafoe’s statement win over Nadal to his 52.1 million followers is a huge deal. The 24-year-old can be forgiven for ‘freaking out’ a little.

Mixing with the biggest stars in the world and taking home pay checks of at least $445,000 – it will be a minimum of $705,000 if he reaches the semi-finals – is a far cry from the much humbler beginnings Tiafoe and his family faced when settling in the state of Maryland. 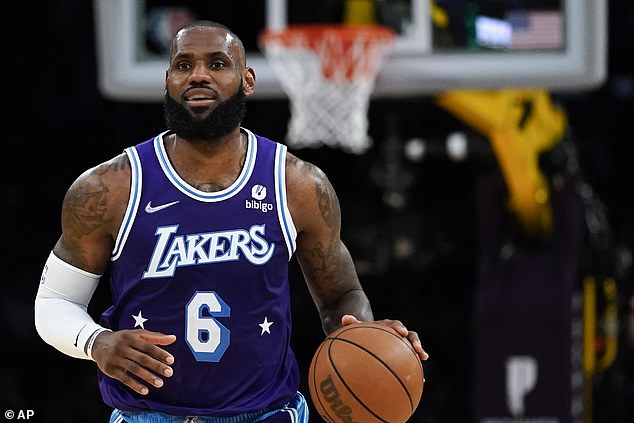 His parents, dad Constant and mum Alphina, escaped Sierra Leone, blighted by civil war, in 1991 and, having made separate escapes, met close to Washington DC.

They took whatever work they could with Alphina using her training as a nurse and Constant worked as a day laborer.

In 1998 the couple gave birth to twin brothers, Frances and Franklin, and had settled by this time in Maryland.

They worked tirelessly to provide for their young sons with Alphina working many night shifts while Constant Tiafoe took on construction work next to the University of Maryland campus in College Park at the Junior Tennis Champions Center (JTCC).

To make more money, he took on extra hours as a cleaner at JTCC and as a result he was allowed to turn a storage office into a residential place to live for Frances and Franklin, while Alphina lived in a one-bedroom apartment in Hyattsville.

It wasn’t much. The two brothers had to contend with sleeping on the floor, or sometimes on fold-out tables.

Tiafoe would watch as richer children came to the center for tennis lessons and he has spoken previously about how he used discarded rackets to teach himself the basics of the sport. 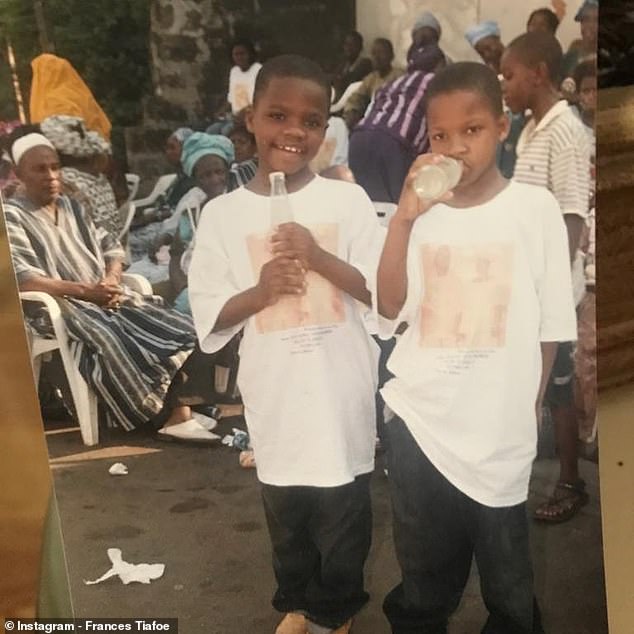 Tiafoe (left, pictured alongside twin brother Franklin) grew up in humble beginnings, sleeping in a converted office space at a tennis center where his dad worked as a cleaner

Odds of him making it were highly improbable as he slept in the converted JTCC office.

‘It’s what we had to do to survive,’ Tiafoe told Andscape. ‘My parents were trying to make ends meet, and Pops gave us a chance to be in a good setting after school.’

Jealousy set in seeing privileged kids get private tuition and all the best tennis equipment. But following a trip back to Sierra Leone with their mother, reality hit in just what an opportunity the brothers had trying to make a name for themselves in the United States.

‘People living with lights off for a week, having to shower with cold water, just living a life that was harsh,” Tiafoe added.

‘The poverty there is crazy. You see it on TV, and then you see it up close and it’s like, damn. People were really hurting, and there was very little hope.’

That drives Tiafoe, it always has. A ‘movie’ is how he has previously described his story and few would argue with it, not least basketball and now movie producer extraordinaire Lebron James.

Guided by coach Misha Kouznetsov, who noticed Tiafoe’s raw talent as early as 2006, Tiafoe continued to ascend, beating older kids as he rose through the rankings. 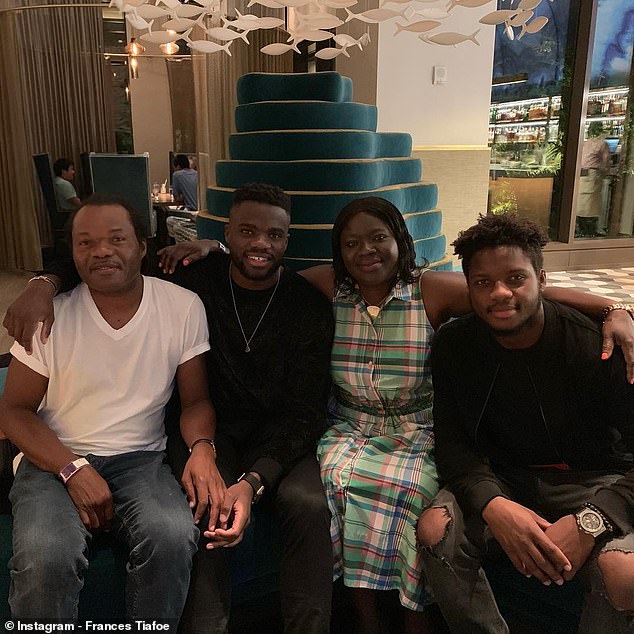 2015: lost first round to Viktor Troicki

2017: lost first round to Roger Federer

2019: lost second round to Alexander Zverev

At 15, Tiafoe was the youngest player to win the prestigious Orange Bowl International Championship over in Florida. One year later he took part in the qualifying draw of the 2014 US Open.

By now his name was circulating among top players. Nadal sought out 16-year-old Tiafoe as a hitting partner before the French Open. It spoke volumes to powers that be.

Tiafoe turned pro at 17 and made his Grand Slam main draw debut at the 2015 French Open. If this was to be as far as Tiafoe would go, it remained a far cry from peeking out the one window in the JTCC office longing to play with the privileged kids.

But Tiafoe wants to be a Grand Slam champion and he wants to do it at home, at the US Open.

Tiafoe is a good player, very good, but rarely is he considered ‘in the mix’ to win Slams. Nadal was the favorite until he was beaten by Tiafoe. Then it was Nick Kyrgios, before he lost in five sets to Karen Khachanov. Now it seems to be Norway’s Casper Ruud, after he blitzed Matteo Berrettini.

At the US Open there have always been flashes of his brilliance on the hard courts.

Back-to-back first round defeats in 2015, on debut, and 2016 provided a wake-up call as to the levels required just to win one round at a Slam.

Fast forward to 2017 and there Tiafoe was, under the night sky, pushing Roger Federer in a five-set epic. Even Federer conceded after that Tiafoe was one of the most talented youngsters on the ATP Tour. 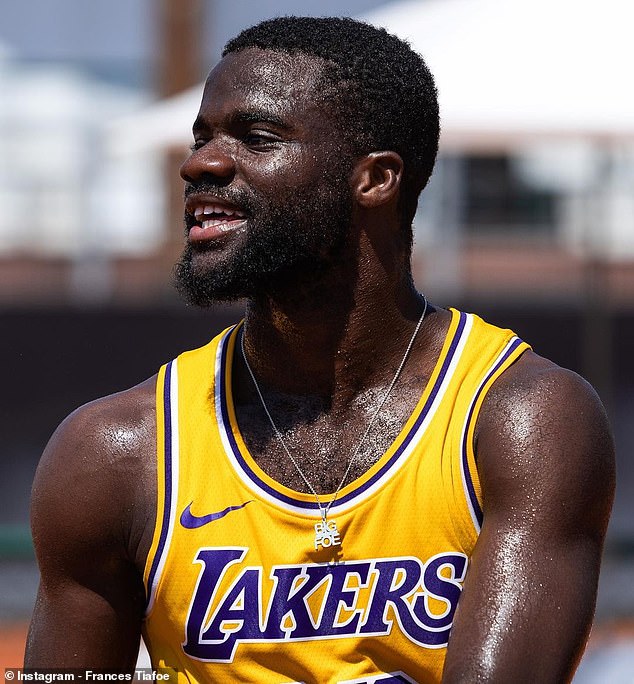 Two fourth-round appearances have followed, losing to current world No. 1 Daniil Medvedev in 2020 and Canada’s Felix Auger-Aliassime in 2021.

And now he is here, staring down at a viable first ever Slam title.

It was, unquestionably, the biggest moment of his career, at least until the LeBron James tweet landed.

‘I felt like the world stopped,’ Tiafoe said of the win over Nadal. ‘I couldn’t hear anything for a minute.’

But as it often does with Tiafoe, his mind cast back to the office in Maryland and to the struggles his parents faced to put him in a position to succeed.

‘To see them experience me beat Rafa Nadal — they’ve seen me have big wins, but to beat those ‘Mount Rushmore’ guys?

‘For them, I can’t imagine what was going through their heads.

‘I mean, they’re going to remember today for the rest of their lives.’ 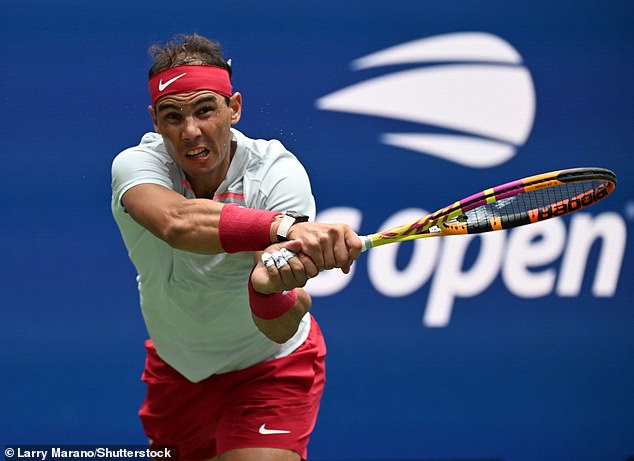 Defeating Nadal, the only player in 2022 to beat Nadal on court at a slam, was a big statement