Attention in France’s main newspapers has turned to Saturday night’s World Cup quarter-final clash with England – with Kylian Mbappe’s face dominating the news stands across the country on the morning of the game.

Alongside a picture of Mbappe is the seminal headline: ‘Losing can wait’. While it claims that ‘all England’ fears the young Frenchman, who is the top scorer at this year’s World Cup with five goals. 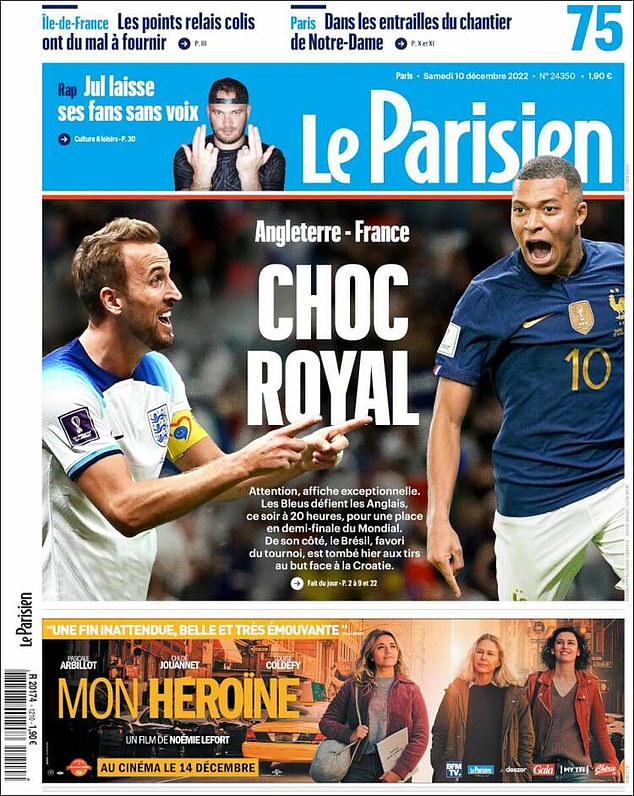 ‘All England fear Kylian Mbappe in this quarter-final which promises to be so special,’ the front page’s stand first reads. ‘The first World Cup match in direct elimination between two great rivals not only sporting. Woe to the one who returns home first.’

Naturally, L’Equipe were not the only paper to focus in on Saturday’s clash between the two great rivals.

L’Montagne splash on Mbappe looking regal on their front page, alongside the headline: ‘The king Mbappe defies the English’. 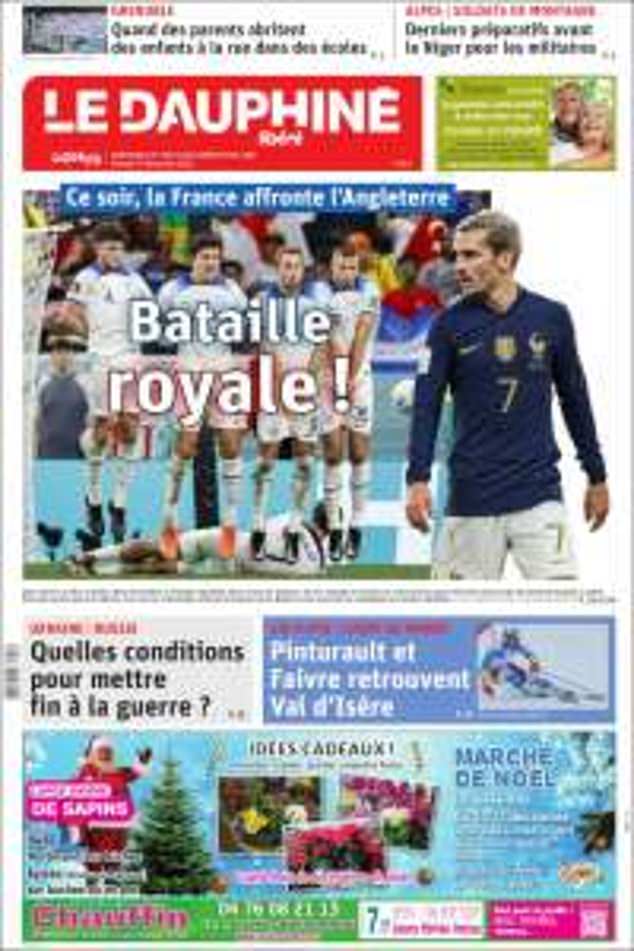 Le Telegramme, a daily from Brittany, goes with the English-language headline: ‘So exciting’. Though accompanied by a shot of the France team together rather than just Mbappe.

Liberation opted for the Mbappe theme, with the superstar splashed in black and white with the headline ‘Kylian Calling’ accompanying his photo. It is clear from the front pages where the French press believe their chances lie on Saturday.

Meanwhile, La Depeche opted to crank up the temperature, suggesting it was the ‘English gentleman’ – drawing on something close to that James Bond theme again – that will leave the tournament first.

They refer to England as ‘formidable’, saying they stand in the way of France’s ambition to continue on their World Cup ‘adventure’.

Ouest France have a picture of Mbappe smiling alongside Didier Deschamps in training alongside the ominous headline: ‘The World Cup: Time for France-England clash’.