General Francisco Franco’s remains will be exhumed from his colossal mausoleum against his family’s wishes after their appeal was quashed today at the Supreme Court.

Justices rejected the Franco relatives’ appeal against the Socialist government’s plan to remove the body from the Valley of the Fallen, built on the outskirts of Madrid.

Franco ruled Spain with an iron first after victory in the civil war in 1939 until his death in 1975. He remains a contentious political touchstone in Spain and the tomb is considered to be a shrine for fascists.

The Valle de los Caidos (The Valley of the Fallen), a monument to the Francoist combatants who died during the Spanish civil war and Spain’s General Francisco Franco’s mausoleum

The Socialists have long sought to turn the Valley of the Fallen into a memorial to victims of the civil war, unleashed by Franco, in which about 500,000 people were killed. 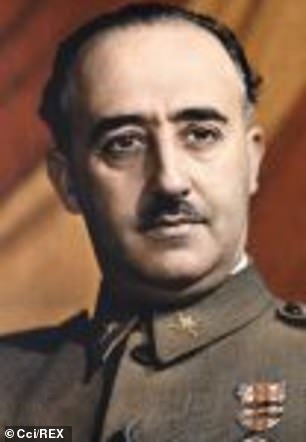 Nearly 34,000 dead from the civil war are buried there, including many who fought for the losing Republican side and whose bodies were transferred to the site during Franco’s dictatorship without the permission of families.

Franco’s family had appealed both against exhuming his remains and against the government’s plans to move them to the El Pardo cemetery.

Were his remains to be moved, they wanted them to go to the Almudena Roman Catholic Cathedral adjacent to the Royal Palace in central Madrid, alongside his daughter. 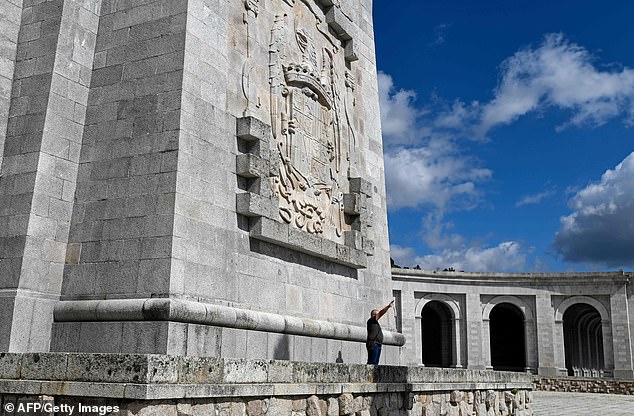 A government report said last December that the Almudena cathedral, located right in the centre of Madrid not far from the royal palace, was unsuitable as a burial place for security reasons.

‘I hope the judges deliver justice … justice over a murderer who killed so many,’ 79-year old retiree Jose Lopez, had said before the ruling was announced, tears springing to his eyes as he spoke while waiting outside the Supreme Court.

His father lost a brother in the war.

THE RISE OF GENERAL FRANCISCO FRANCO AND FASCIST SPAIN

The Spanish Civil War is considered a watershed moment in 20th century European history because it tipped the balance of power in favour of the Fascist movement.

In 1929 the military dictatorship that had been ruling Spain collapsed. Two years later the King of Spain abdicated when the left-wing Republicans came to power.

It set in motion a bitter battle for power that was to be played out in the deeply divided country over the next seven years. 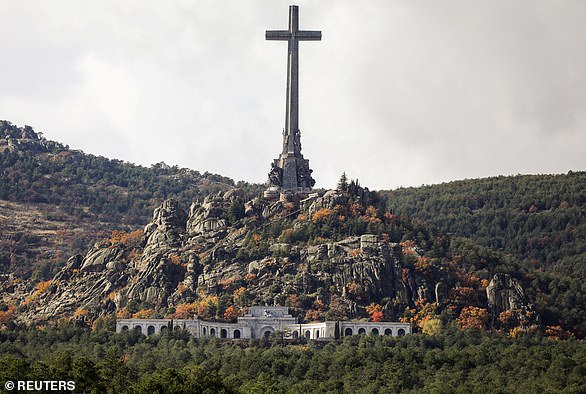 The Valley of the Fallen, the mausoleum holding the remains of Francisco Franco, in San Lorenzo de El Escorial, outside Madrid

When the army rebelled in 1936, the country slipped into all out civil war, with the Nationalists, made up of landowners, business owners, the gentry and the church, on one side, against the Republicans, comprising the workers and peasants, on the other.

Led by General Francisco Franco and supplied with weapons by Hitler’s Nazi Germany and Mussolini’s Fascist Italy, the Nationalists had the upper hand.

Although the Republicans were assisted by Communist Russia, they did not receive the same level of support and were finally defeated in 1939, just months before the outbreak of the Second World War.

Britain and France had both signed a non-assistance pact preventing aid from reaching Spain, although they were powerless to stop Germany’s help from getting through.

Many young inspired Brits rushed to help the Republican movement, with eminent writers George Orwell and Laurie Lee among them.

Franco was to rule the country with an iron grip for 36 years between 1939 and 1975 and survived the fall of Fascism in Italy and Nazism in Germany after the Second World War. His regime had remained neutral throughout the conflict.

He effectively ruled Spain as a dictator from 1939 until his death, and brutally oppressed political opponents during that period, although the precise numbers of those who died or disappeared as a consequence of his policies is unknown.