‘Whoever we play we have to give it our lot’: Frank Lampard backs Chelsea kids to go toe-to-toe with Champions League elite after reaching the last-16

Frank Lampard has backed his fledgling team to go toe-to-toe with Europe’s elite as Chelsea fired their way into the Champions League group stages on Tuesday night.

The Blues booked their place in the last-16 with a nervy 2-1 win over Lille, courtesy of two first half goals from Tammy Abraham and Cesar Azpilicueta.

But Lampard’s side face a daunting task when the Champions League recommences next year with Chelsea in line to face one of Paris Saint Germain, Barcelona, Bayern Munich, RB Leipzig or Juventus – who are managed by previous manager Maurizio Sarri. 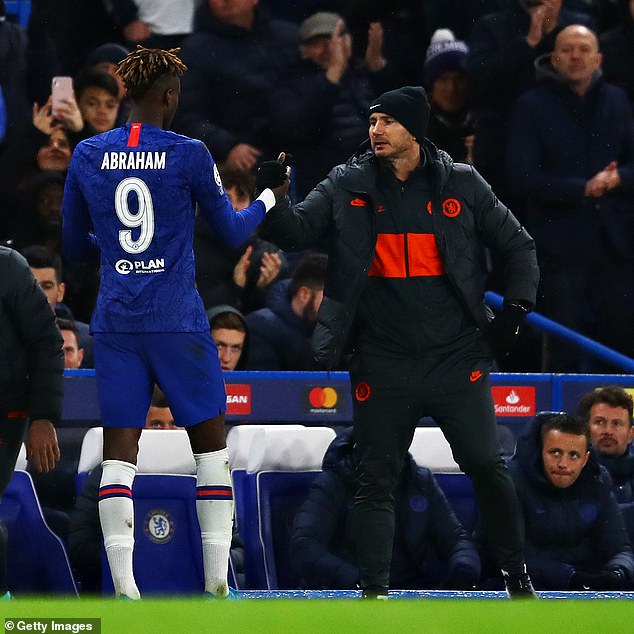 But Lampard insisted the rest of the competition holds no fears for his team, saying: ‘I don’t mind the idea of having a bigger team. That’s the Champions League and if you win you may have to take on big teams.

‘The young team we have got here, what a challenge. At the minute I’m just delighted we got through a tough group.

‘We should just be happy we’re through and whoever we play next we have to give it our lot.’

On the win over Lille, the Chelsea manager admitted the night should have been far more comfortable having taken a 2-0 lead. 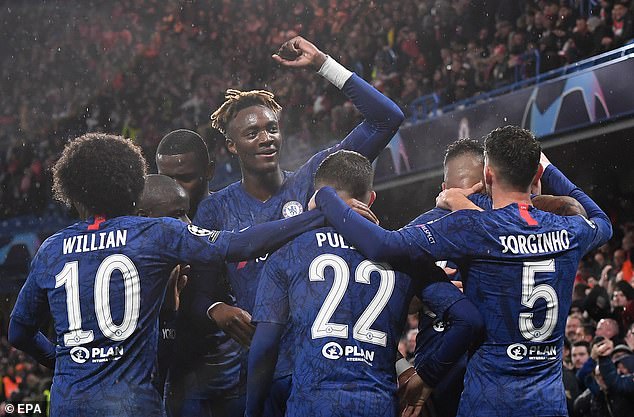 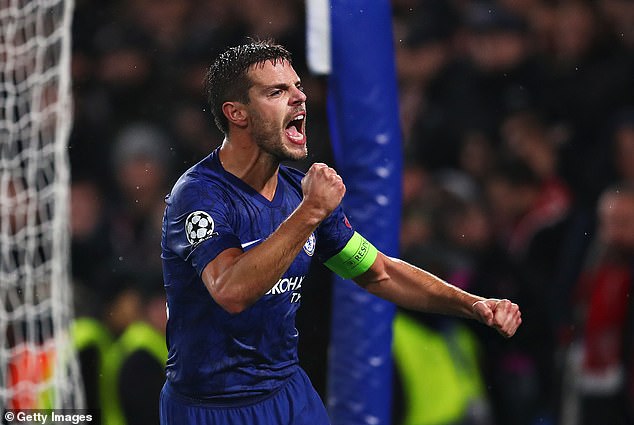 He said: ‘It did get twitchy. We need to take our chances better. At 2-0 I thought it was not quite done and when Lille scored it made it a more nervy finish to the game than it needed to be.

‘Today was a sign of how much work we still have got to do. It should have been a calmer finish to the game and that is the biggest thing, for me, that we need to improve.

‘So it’s going to be a work in progress. With the young players we have in this side there will be bumps in the road. I push them and can be quite hard on them, setting the high standards I want to see them reach, but at the same time I have to be patient.’

Captain Azpilicueta added: ‘Champions League is where Chelsea belong. We know it was a tough group – last year’s semi-finalists Ajax have been knocked out.

‘We had to fight and recover after losing against Valencia at home in our first game.

‘But now we are in the last 16 the focus has to switch back to the Premier League until the competition starts again next year.’