By James Sharpe For Mail Online

Well, maybe Frank does know best after all. You might think that when a player steps out for his 300th appearance for a club, such a landmark would be greeted with roaring admiration.

‘It’s a special night for Willian,’ announced Chelsea’s Twitter account ahead of kick-off at the Stade-Pierre Mauroy for the Champions League group-stage clash with Lille. ‘300 appearances for Chelsea – a fantastic achievement.’ 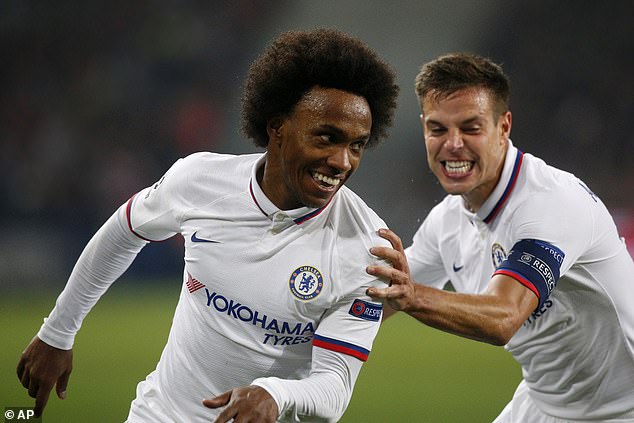 A fantastic achievement it sure is, especially in an age where long-term service is in rare supply. And it was a milestone which Willian marked with a winning volley to secure Chelsea 2-1 win. For Willian, a second strike in as many games.

The Chelsea fans tucked up in corner of the stadium sung ‘Super Frank’s’ name as the clock ticked towards victory.

Yet only a couple of hours before it had been Lampard’s selection of his winger that had raised eyebrows, furrowed brows and cursing mouths.

Less so, perhaps, a lack of appreciation for a player racking up a triple-century but more a questioning why William’s name had been scribbled on the team-sheet ahead of Callum Hudson-Odoi’s, who was on the bench, with no ink at all for Christian Pulisic.

Hudson-Odoi is yet to start a single Premier League or Champions League game this season, albeit having seen his early campaign hampered by injury, but came on to set up Willian for the winner. 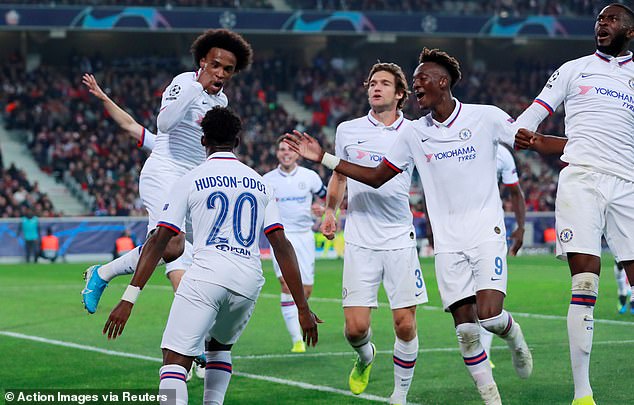 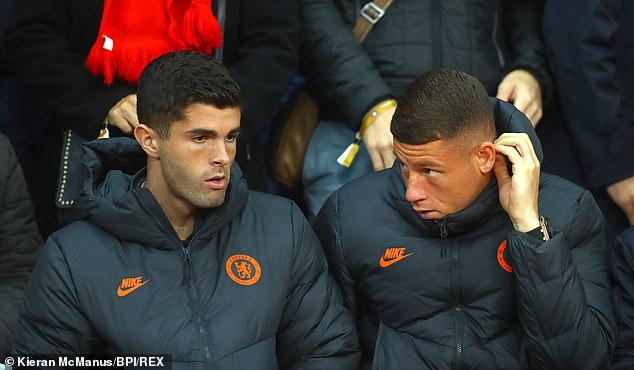 £58m signing Pulisic has been an unused sub in the previous three league games, so too in the Champions League opener, but was not even in the squad to face Lille.

It was decisions like that which left Lampard’s chain-smoking predecessor feeling the wrath of Chelsea’s more often than it took Maurizio Sarri to flick away one burned-up stick and spark up another.

Lampard, though, can hardly be accused of holding back the youngsters. The flourishing starts to the season of Mason Mount, Tammy Abraham and Fikayo Tomori show that.

It was Tomori who set up Abraham for Chelsea’s first with a superb ball, the striker finishing after a neat spin and finish.

Abraham’s goal, in fact, was Chelsea’s first in the Champions League to be both scored an assisted by an Englishman since Lampard set up John Terry against Napoli in 2012. 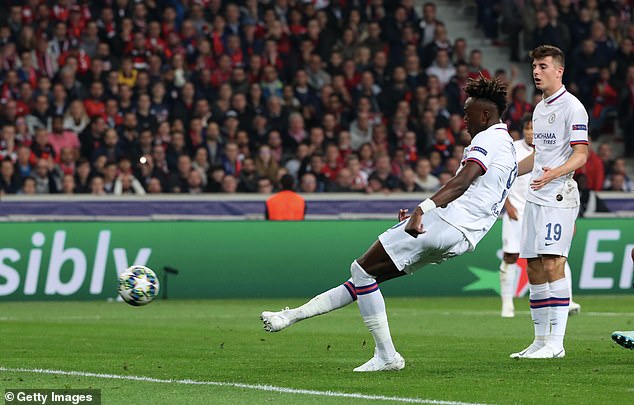 The frustration of Chelsea’s supporters at Willian’s inclusion was not entirely misplaced. Little respect, one might think, for a player who had scored 53 goals and provided 45 assists for the club before tonight.

Not so much when you consider his last 49 of those 299 had chalked up just seven goals and 10 assist. His strike against Brighton last time out ended a run of one goal in 27 Premier League games.

‘Congratulations,’ continued Chelsea’s pre-match message of goodwill. ‘Make it a good one.’ For so long it looked as though he would not.

His frequent attempts to barge his way through the Lille midfield, head down like a stampeding rhino, often ended with little damage to show for it.

In fact, he caused his own team the most harm after half an hour when he broke forward only to lose the ball and prompt a Lille counter-attack. Two corners later and Victor Osimhen had levelled. 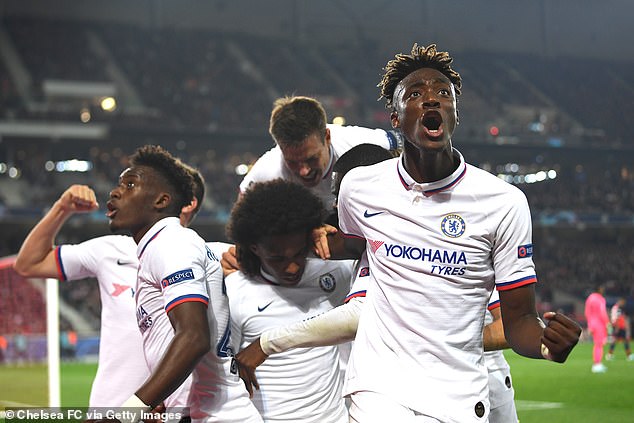 Another blind back heel straight to a man in red. In the second half a simple pass thumped straight out of play. It looked as though the early frustrations were right all along.

Then with 12 minutes to play, Hudson-Odoi, off the bench, swung in a deep cross. Willian, unmarked, drilled it into the ground, it looped over the goalkeeper and in.

A win for Chelsea and vindication for the man whose named echoed around the ground as the fans made their way out.