Frank Lampard is back at Stamford Bridge after Chelsea finally sealed the deal to bring their greatest-ever player back as manager.

The 41-year-old Derby County boss is a Blues legend after 13 trophy-laden years at the club during his time there as a player – and now is tasked with extending that legacy in management.

Here, Sportsmail looks back on his top 10 best moments in a Chelsea shirt.

10 – Scoring in a Champions League final

The night maybe more remembered for John Terry’s slip and penalty miss before Manchester United’s victory. But scoring your club’s first ever European Cup/Champions League final goal should not be sniffed at.

Lampard claimed that honour for Chelsea in Moscow in 2008.

Lampard was rewarded handsomely on an individual level for his form during the 2004-5 season.

At home he won the Football Writers’ Association Footballer of the Year prize and there was further recognition to come when he finished behind only Ronaldinho in the FIFA Player of the Year and Ballon d’Or votes, effectively confirming him as the game’s best midfielder at the time. 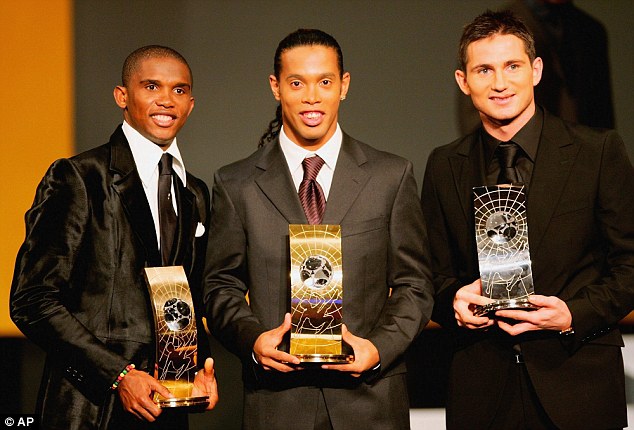 With a chop to cut back inside Phil Neville and a swing of his left foot Lampard fired Chelsea to a 2009 FA Cup final win over Everton at Wembley. The celebration was memorable too.

A repeat of his dad’s 1980 semi-final, run around the corner flag celebration, as he hit the 20-goal mark for the fourth season running. 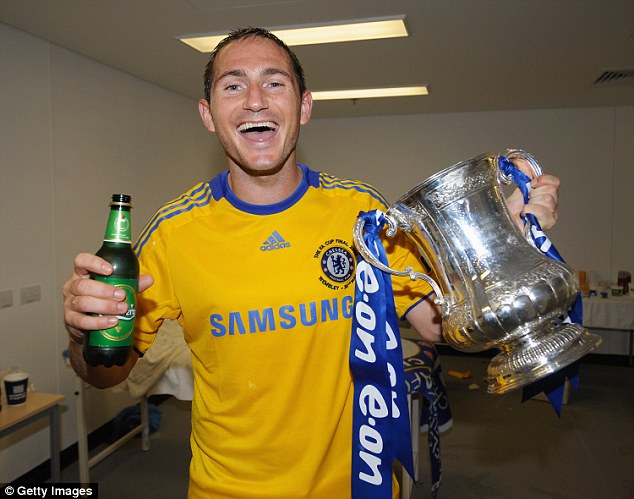 7 – A Messi-esque chip at Hull

When Lionel Messi clipped a first time, left-footed chip against Real Betis earlier this year, for some it brought back memories of a Lampard strike.

He did similar, with his weaker foot, to bamboozle Hull and goalkeeper Boaz Myhill in 2008, scoring the 99th league goal of his career. 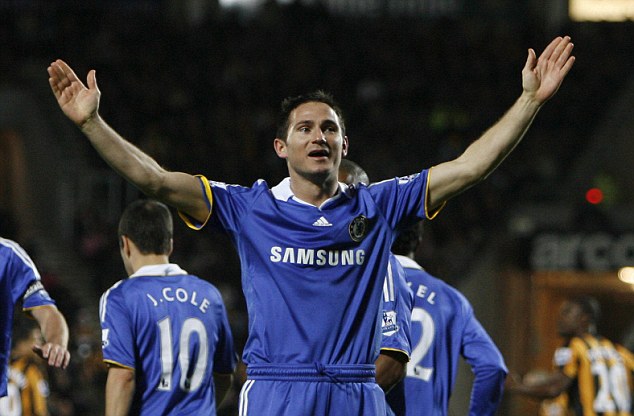 In 2008, Lampard scored an incredible left-footed chip against Hull City

6 – Downing Bayern Munich on the turn

In the Champions League again, Lampard displayed his technical ability and eye for goal against Bayern Munich in 2005 to score another iconic goal from his incredible haul.

Controlling Claude Makelele’s pass on his chest, Lampard made light of the ball dropping behind him, reacting quickly and swivelling to hit a half-volley past Oliver Khan into the far corner. 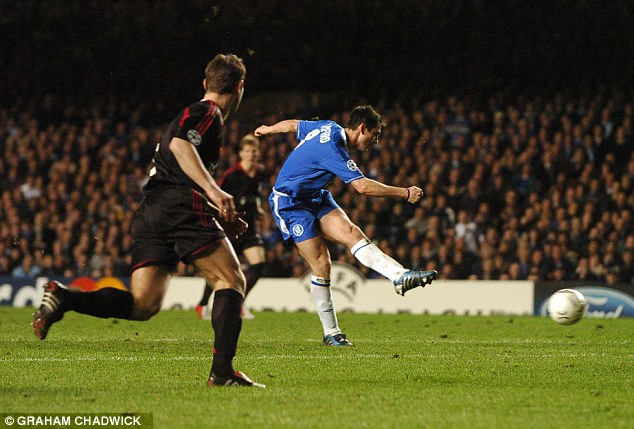 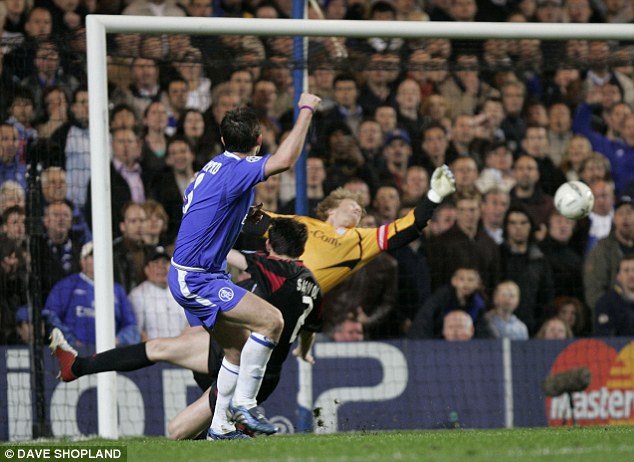 5 – A night of emotion with tribute to mum Pat

In April 2008 Lampard showed his strength of character to inspire Chelsea into the Champions League final.

A week after the loss of his mum Pat, Lampard stepped up and scored an extra-time penalty against Liverpool, sparking emotional scenes in the celebrations from the midfielder and his team-mates. 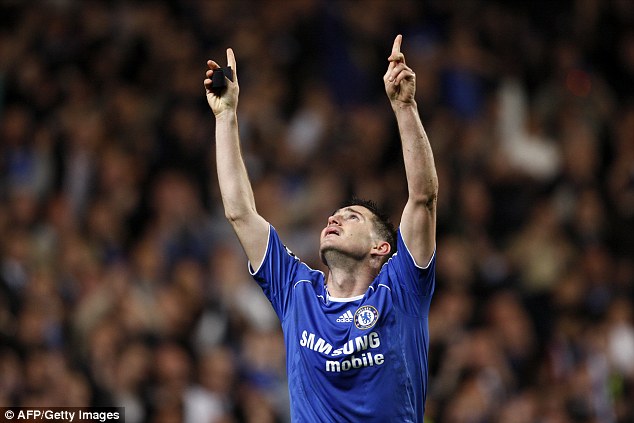 It was an emotional moment for Lampard, who saw his mother Pat pass away a week earlier

4 – Another chip… this time at the Nou Camp

Lampard finished with 211 Chelsea goals. One of his most memorable was in 2006 against Barcelona in the Champions League, his outrageous turn-on-a-sixpence and chip from the narrowest angle to beat Victor Valdes. 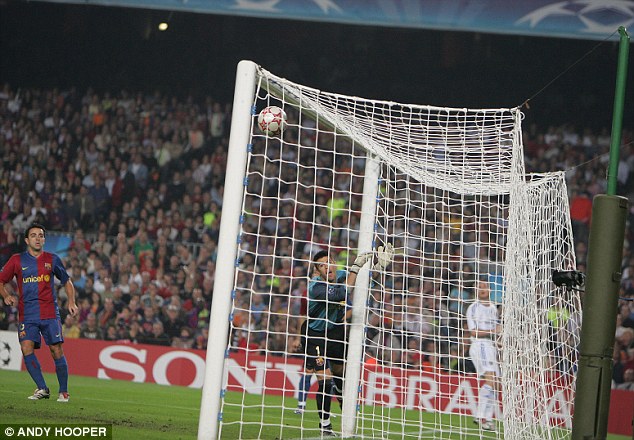 Winning the Champions League was the Holy Grail for Chelsea and Lampard was the skipper when they won it, standing in as captain for the suspended John Terry to lift the trophy after their dramatic 2012 win against Bayern Munich. 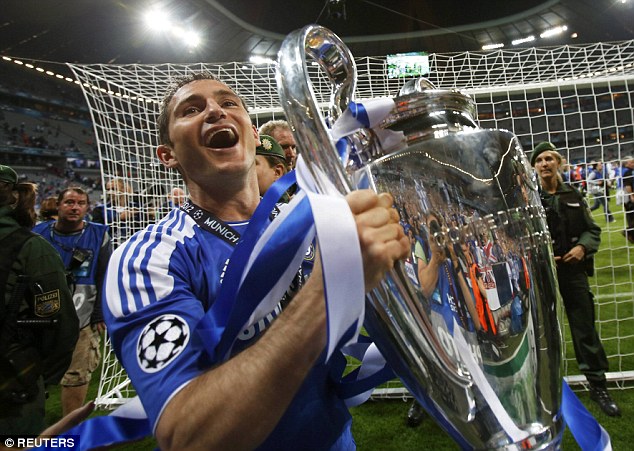 A perfectly-timed burst into the box to finish off a cross was his 203rd Chelsea goal, taking him past Bobby Tambling and etching his name into the club’s record books. 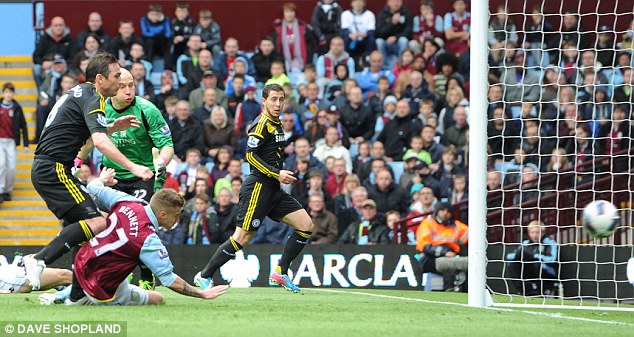 In May 2013, Lampard became Chelsea’s all-time top scorer with this strike at Aston Villa 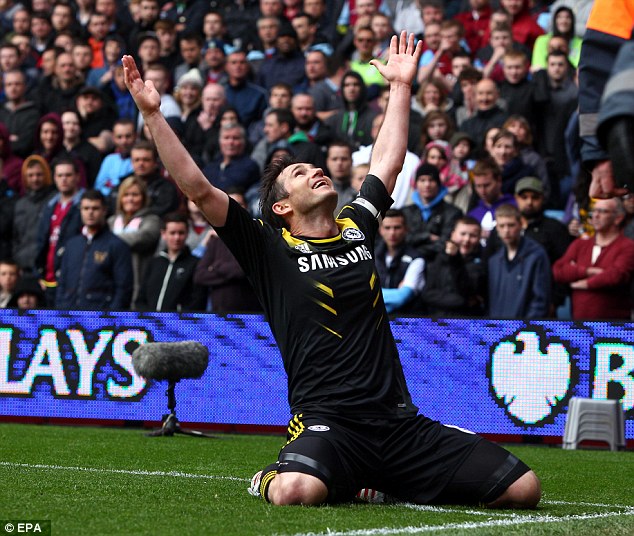 Without a title in 50 years, cocksure new manager Jose Mourinho predicted Chelsea would win the league at Bolton.

FLampard made it happen with an unforgettable double at the Reebok Stadium to clinch their first-ever Premier League title in 2005. 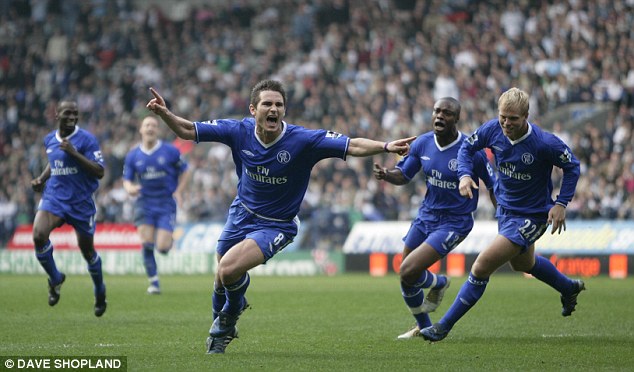 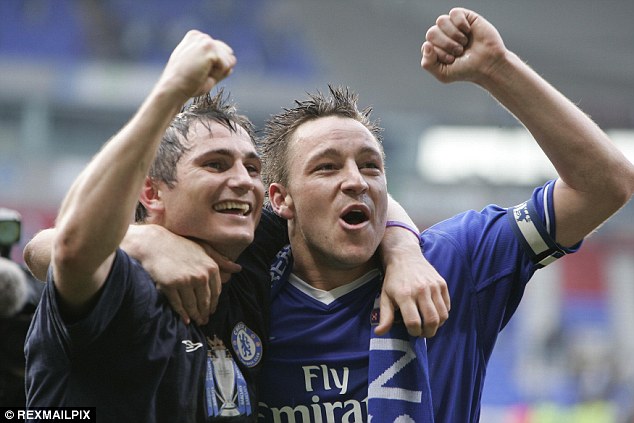