Some 70,000 people in Frankfurt will have to leave their homes this weekend in one of the biggest such evacuations in post-war Germany, police said Wednesday, after an unexploded World War-II bomb nicknamed ‘blockbuster’ was uncovered.

The operation on Sunday will allow for the safe defusal of the 1,800-kg British bomb, which German media said was nicknamed ‘Wohnblockknacker’ (blockbuster) during the war for its ability to wipe out whole streets or buildings.

The unexploded bomb was discovered on Tuesday during building work a stone’s throw from the Westend Campus of the Goethe University Frankfurt, police said in a statement.

Workers in Frankfurt discovered the 1,400kg bomb while digging on a site on Tuesday 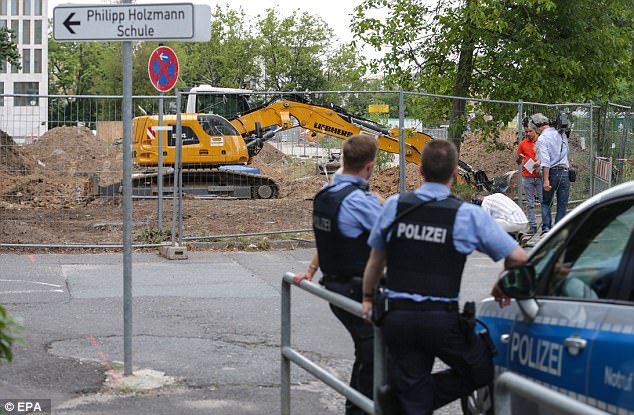 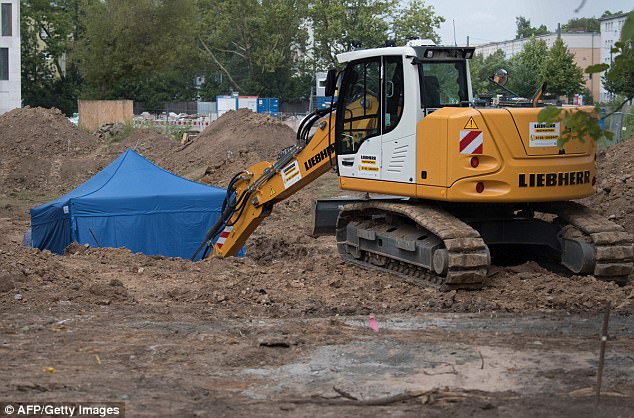 Officials want to evacuate 70,000 people on Sunday before disposing of the bomb

Officers are guarding the site and there ‘is currently no danger’.

Police said the bomb in question was a HC 4000, a so-called high capacity bomb used in air raids by British forces.

‘Due to the large size of the bomb, extensive evacuation measures must be taken,’ police said.

The Wismarer street where the ordnance was found is close to the city centre and just some 1.5 miles north of the main Zeil shopping area. 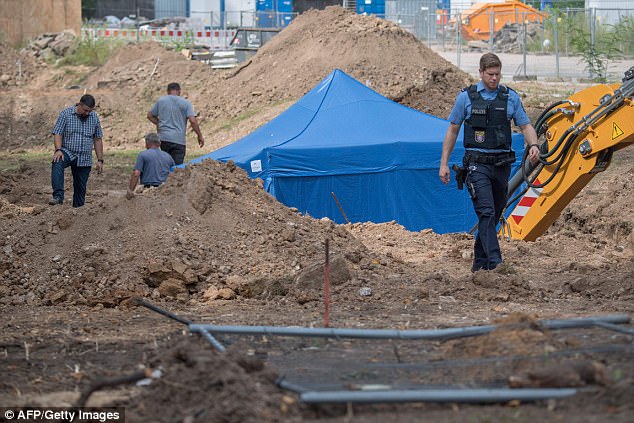 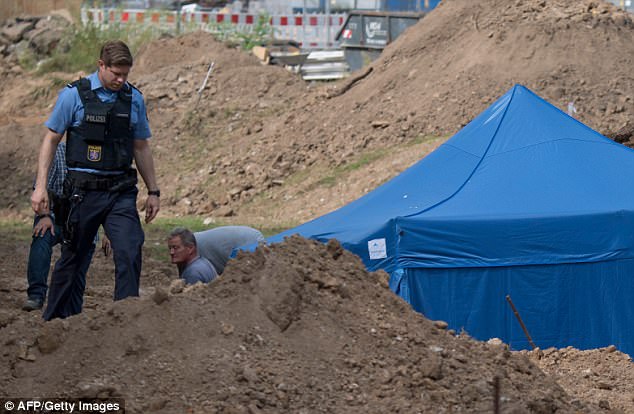 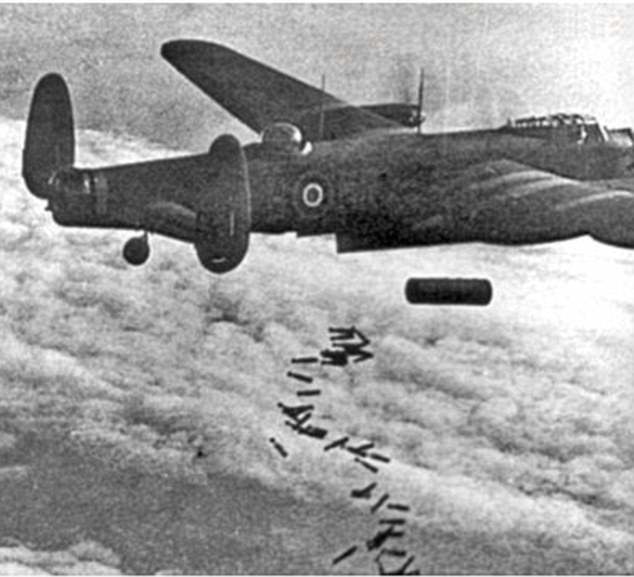 The massive bomb was dropped more than 70 years ago from a Lancaster bomber, file photo

More than 70 years after the end of the war, unexploded bombs are regularly found buried on German land, legacies of the intense bombing campaigns by the Allied forces against Nazi Germany.

One of the biggest such evacuations to date took place last Christmas, when another unexploded British bomb forced 54,000 people out of their homes in the southern city of Augsburg.

Another 50,000 residents had to leave their homes in the northern city of Hanover in May for an operation to defuse several WWII-era bombs.

‘Blockbuster’ bombs, also known as cookies, got their name from the press during the Second World War through their ability to destroy entire blocks.

Their primary was use was in causing extensive damage to buildings so that smaller 1.8kg incendiary bombs could reach their interiors.

A safe height for unleashing the 4,000lb blockbuster was said to be around 5,000ft – any lower and the aircraft risked being caught in the blast.

During the Blitz the Germans created improvised blockbuster by attaching naval mines dropped on parachutes.

The 1.8 tonne ‘Blockbuster’ bomb was dropped by a Lancaster on Frankfurt in a raid on 1944. Officially categorized as an HC 4000, the Blockbuster earned its nickname because of its ability to destroy whole apartment blocks.

Police confirmed today: ‘Due to the large size of the bomb, extensive evacuation measures must be taken.’

It is estimated that 150,000 bombs lie unexploded beneath German towns and cities and they grow more unstable with every passing day. Dozens of people have been killed and injured in explosions in the past decades and thousands placed in danger.

In 2011 falling water levels on the River Rhine in Koblenz exposed two mammoth RAF bombs capable of causing catastrophic damage if they detonated: some 45,000 people were evacuated.

A bomb from an RAF or American Air Force plane from the conflict is discovered on average once a day across the country, sometimes as many as three times a day, costing authorities tens of millions of pounds a year.

The Allies rained 2.7 million tons of bombs on Germany between 1940 and 1944. The academic Journal of Mine Action estimates that as much as HALF of them failed to do their job.

Many of these bombs are of a type containing a vial of acetone in the fuse which was designed to burst on impact. The fluid was meant to trickle down and dissolve a celluloid disk keeping back the cocked firing pin that then ignites the TNT inside.

Those components, as well as the plastic parts of other detonators, are disintegrating at an alarming rate.

Experts warn that within a decade bombs will begin to detonate by themselves – or will be too unstable to defuse if discovered.

That would mean controlled explosions on site with colossal damage to infrastructure around and about. 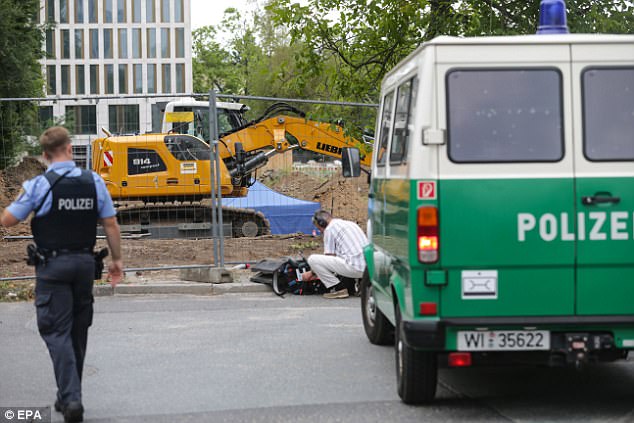