Franmil Reyes homers in 13th to lift Padres over…

SAN DIEGO (AP) – Franmil Reyes homered with two outs in the 13th inning to give the San Diego Padres a 3-2 victory over the Colorado Rockies on Thursday night.

Reyes connected off Bryan Shaw (4-6) for his 12th homer. It was only the sixth hit for San Diego. The Rockies had only three hits.

The Padres had two other chances to win it before Reyes finally did. They had runners on first and second with no outs in the 11th and failed to score. Rookie Luis Urias, who went 3 for 5 against Seattle on Wednesday in just his second big league game, popped up a bunt, and Wil Myers grounded into a double play.

They had runners on first and second with one out in the ninth before Hunter Renfroe grounded into a double play.

Myers committed three errors at third base and struck out three times. The Padres had 16 strikeouts.

Rockies starter German Marquez struck out a career-high 13 in eight innings while allowing two runs and two hits, with one walk.

Colorado trails Arizona by 1 1/2 games in the NL West after the Diamondbacks beat the Dodgers 3-1 on Thursday night. Los Angeles is two games behind Arizona.

Rookie lefty Eric Lauer, who came off the disabled list to make the start, held the Rockies hitless on 81 pitches through five innings before manager Andy Green turned it over to another rookie, Trey Wingenter, with the Padres leading 2-1.

Wingenter walked Trevor Story opening the sixth and then allowed a single to right by Matt Holliday. He struck out Carlos Gonzalez before Story scored on a fielder’s choice by Ian Desmond to tie the game at 2.

The Padres remain the only team in the majors without a no-hitter.

Lauer, who had been on the DL with a strained left forearm, struck out two and walked two.

The Padres took a 2-0 lead in the second when Austin Hedges hit his first career triple to bring in Renfroe and then scored on Freddy Galvis’ sacrifice fly.

The Rockies got an unearned run back in an ugly fourth inning for the Padres, when Lauer hit Story with a pitch and then walked Holliday with one out, followed by consecutive two-out errors by Myers, who recently was moved from the outfield to third base. Myers’ first error allowed Story to score, and his second error loaded the bases before Lauer struck out Marquez to end the inning. 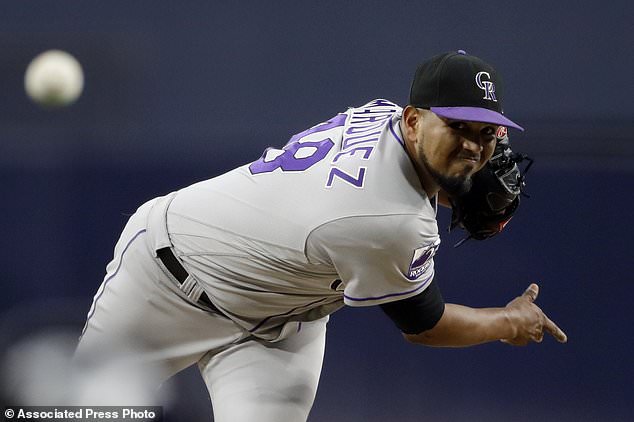 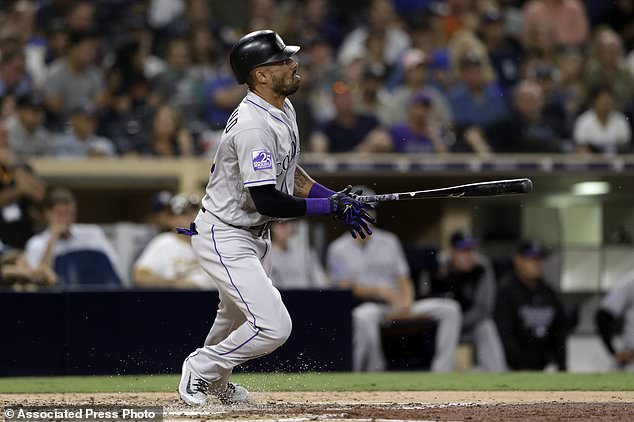 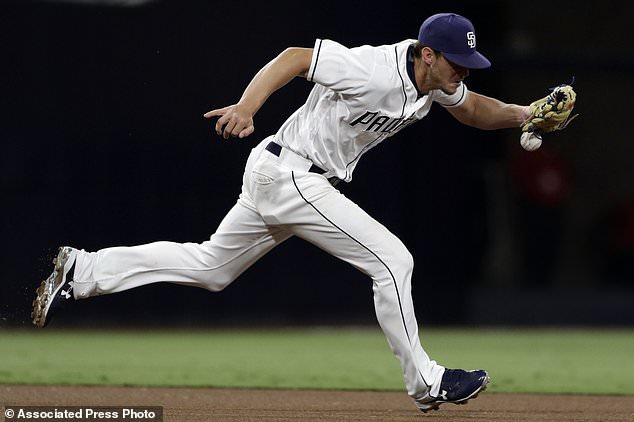 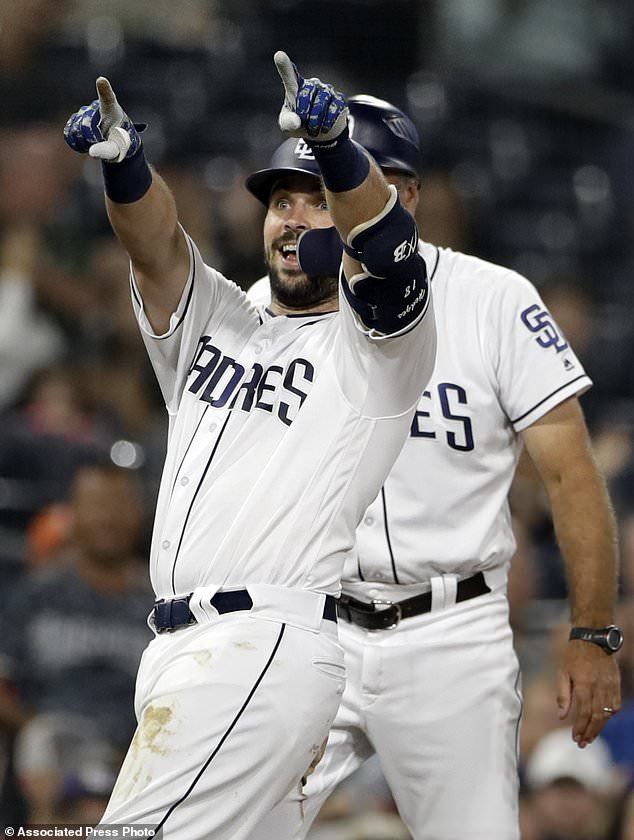 San Diego Padres’ Austin Hedges reacts after hitting an RBI-triple during the second inning of a baseball game against the Colorado Rockies on Thursday, Aug. 30, 2018, in San Diego. (AP Photo/Gregory Bull)