A fraternity at West Virginia University has been interim suspended after a member of the group was knocked unconscious falling down the stairs and his frat ‘brothers’ waited for two hours to call for an ambulance.

David Rusko, 22, is now in the intensive care unit after he took the devastating fall inside the Sigma Alpha Epsilon fraternity house on November 10.

The school says the senior studying finance, of Uniontown, Pennsylvania, took a tumble and fell unconscious but his fellow club-members didn’t take immediate action and put his health in danger.

‘Officers have discovered that more than two hours lapsed between Rusko’s fall and the 911 call,’ according to a press release from the school. 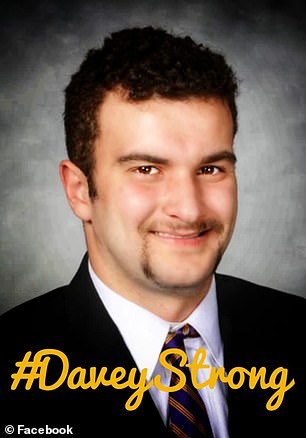 The Sigma Alpha Epsilon fraternity has been interim suspended from West Virginia University after frat member senior David Rusko, 22, fell unconscious after falling down the stairs on November 10 and his peers failed to call for help 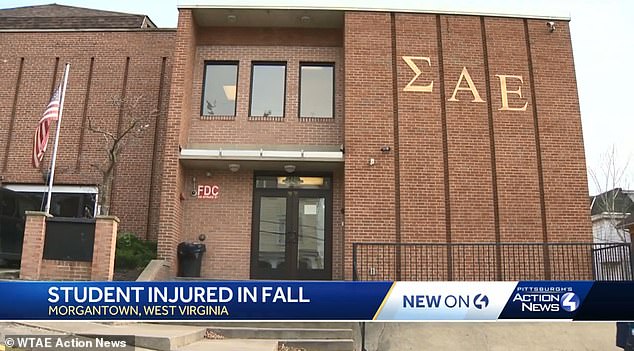 The school interim suspended the frat SAE with Dean Corey Farris saying: ‘I am deeply disappointed in the apparent actions and inactions of these students’

After authorities were called, he was rushed to Ruby Memorial Hospital with life-threatening injuries.

‘We are a family here at West Virginia University. I am deeply disappointed in the apparent actions and inactions of these students, and the decisions that were made,’ Dean of Students Corey Farris said. ‘As our investigation moves ahead, we remain very concerned about David’s condition. He will continue to be in our prayers.’

The school added that they got in contact with Rusko’s family and offered them support.

‘Our hope is that he makes a full and speedy recovery. David was visiting with fellow fraternity brothers Saturday after the football game when he fell down some stairs at the house,’ the school said. 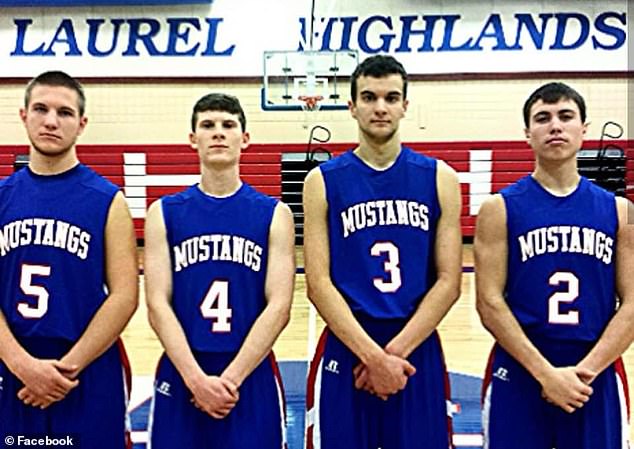 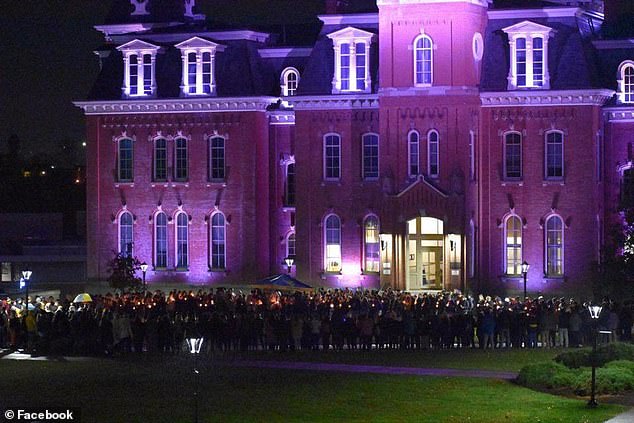 ‘He was later transported to the hospital to be treated for complications from the fall. We are still gathering information to get a clearer picture of what occurred,’ the statement added.

The SAE national office was also notified and issued its own cease and desist notice and launched their own investigation.

‘It appears that he had taken a misstep on the staircase. There was no organized function or anything like that. A couple of guys were playing pool upstairs,’ Eric Dyson, the property manager for the building said to WTAE.

Video from inside the frat house also appears to show that the fall was just an accident. That video is yet to be published online.

A vigil was held for Rusko at the school on November 12 after he was hospitalized with life-threatening injuries.

According to a fraternity brother, Rusko has undergone surgery and is doing better. He was last listed in critical condition.

The greek fraternity system has been a problem for West Virginia University.

President Gordon Gee cracked down on behavior at the university after a Nolan Burch, an 18-year-old freshman, died in 2014 after a fraternity hazing incident where he drank nearly an entire bottle of alcohol and passed out, according to WKBW.