Two women were duped out of thousands of pounds by a fake profile on a dating website, a court heard yesterday.

Jackie Ballie, 62, and Melanie Kay, 49, believed they were each in contact with a man who was apparently a nutritionist with the World Health Organisation.

The pair had been using a dating website when they were allegedly conned into sending a total of £19,000 to the fictional health worker.

Miss Ballie, a widow, said she was in touch with someone called Jack McDud and Miss Kay thought she was chatting to a Timothy Barton.

The women said they each ended up paying thousands of pounds after being told McDud and Barton were apparently stranded in Syria. 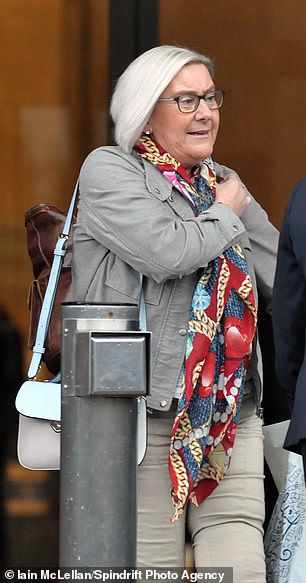 Jackie Ballie, 62, (left) and Melanie Kay, 49, (pictured outside Glasgow Sheriff Court right) believed they were each in contact with a man who was apparently a nutritionist with the World Health Organisation

Miss Ballie said she realised she had been ‘part of a scam’, while Miss Kay said she had lost money set aside to pay for her son to go to university. They are among a number of women allegedly conned out of £39,000.

Miss Ballie believed she had built a ‘trust’ with McDud, who claimed to be 53. She was told she would meet him when he came back to the UK.

Miss Ballie later got an email she believed was from the WHO claiming McDud had a number of issues, including with the EU. She was asked to send money to help and was told McDud was due a £36,000 payment which would cover her costs.

She then forwarded more money to an account allegedly owned by Murray.

Miss Ballie said she had never met Murray, adding: ‘I was told she was a WHO diplomat living in the UK.’

She recalled being suspicious when McDud did not arrive in the UK and more money was requested. She eventually contacted the police, having sent £7,044 to the account.

Miss Ballie told prosecutor Mark Allan: ‘I was part of a scam but it did feel real to me. It felt quite official and above board, if I’m honest. It felt very credible.

‘I’m a very honest professional person and I see the good and honesty in everyone. I never thought for one minute that I’d be conned.’

Miss Kay said she paid £12,000 to Barton, who also claimed to be working in Syria. She said: ‘This money was for my son’s university. It was a spiral. My savings went. I felt stupid that someone got one over me this way and I get angry that someone could do this to me.’ 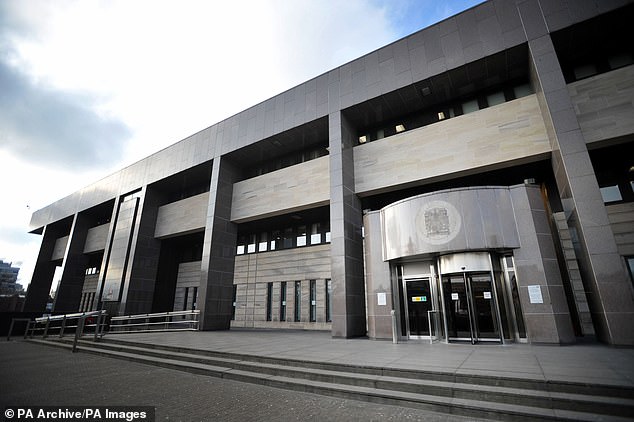 Two other women claimed to have paid money into an account linked to Ochuoba.

Hilary Robinson, 48, and Stefka Mirkova, 52, told the court they had been in touch with a supposed engineer, George Wilson, whom they met online.

He too was allegedly working for the WHO in Syria and money was sent for his return to the UK. The court heard Ochouba told police Miss Robinson had paid him for decorating her house. She denied ever meeting him, saying: ‘It is 100 per cent a total lie.’

Miss Mirkova said she topped up a phone allegedly belonging to Wilson for ‘three or four months’ and sent him a tablet. She said: ‘I phoned the WHO and they had never heard of them.’

Rudolph Benadi, 53, from Zimbabwe, claimed his mother-in-law Coleen Wallman gave him the phone number of a man she had sent £1,400 to.

Miss Wallman told Mr Benadi they had met on a Christian dating site. Mr Benadi spoke to a ‘Nigerian man’ twice on the phone who was angry his number had been given out by Miss Wallman.

Mr Benadi said she ‘was embarrassed and very frustrated and angry to the point where she broke down’.

Prosecutors claim the trio carried out the scam between June 2014 and February 2015. They are charged with acquiring and possessing criminal property in a bank account credited by a series of transfers obtained as a result of criminal activity.

Murray, from Bellshill, Lanarkshire, Ochouba, of Gorbals, and Oladapo from Govan, both Glasgow, deny the charges.