The official fraud reporting hotline leaves callers waiting for up to an hour, it emerged yesterday.

It also charges 35p a minute and is closed over the weekend.

The Action Fraud line was set up to stop police being inundated by calls – with the pledge that its advisers would investigate. Few of the cases however are passed on to detectives.

MPs and campaigners said the service was not fit for purpose and should stop charging for calls.

In September Money Mail demanded better treatment for victims of push payment bank fraud, which cost around £145million in the first six months of the year. This is where customers are tricked into handing over money to scammers often posing as police or bank staff.

Most major banks now have dedicated fraud hotlines that victims can call 24 hours a day, seven days a week. But Action Fraud runs only from 8am to 8pm weekdays.

For businesses, charities and other organisations, Action Fraud’s call centre is open 24 hours a day, seven days a week to deal with live cyber attacks. Individuals are restricted to weekdays but can report offences online at any time.

As of last month Action Fraud’s call centre, which is based in Scotland, employed 76 advisers. Calls typically cost 35p a minute, unless victims have free minutes with their network provider.

Baroness Altmann, a former pensions minister, said: ‘Charging per minute is not on. This number should be free like 999. We should be encouraging people to report fraud not putting them off.’

She added: ‘We know that fraud is one of the fastest growing types of crime in the country. I don’t think Action Fraud as it stands is fit for purpose. Some of the people who call this number have lost thousands of pounds.

‘Tapping a few paragraphs into an online form and pressing submit isn’t always enough. Action Fraud should be a free service. Calling it should feel no different to calling up the police to report any other crime.’

An investigation by consumer group Which? in September found that just 25 per cent of Action Fraud crime reports had been sent to a local police force for investigation over the past four years.

And just four in 100 crimes that are reported to Action Fraud have a successful outcome, the research suggested. 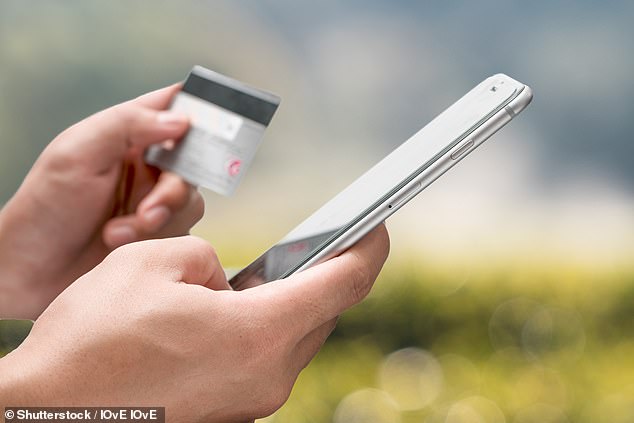 Not every case was passed on to local police to investigate, research showed, as the number of phone fraud crimes increased over recent years

Peter O’Doherty, a detective chief superintendent at City of London Police, said: ‘Unlike many contact centres, Action Fraud deals with victims who are often emotionally stressed or vulnerable. Our call handlers stay on the phone for as long as necessary, dependent on the victim’s needs. This does mean that call waiting times are longer than in some other call centres’.

A Home Office spokesman said: ‘Through the joint fraud taskforce we are working with industry, law enforcement and regulators to reduce and support fraud victims.

‘This includes ensuring the most vulnerable victims are provided with additional support and advice on practical steps they can take to protect themselves.’

Action Fraud’s funding is provided by the Home Office.

In the five years from 2015 to 2020 it is scheduled to receive £36million of investment. It does not receive any of the money from the call charges because this goes to the network providers.