A conman who swindled £200,000 from his victims – including a former British Lions rugby player – to fund his gambling addiction has been jailed for four years.

Robert Jenkins, 43, conned hundreds of thousands of pounds by blowing savings and pension pots from nine investors and blew it on horse racing.

One of his victims was rugby star Stuart Lane who won five caps for Wales and toured South Africa with the 1980 Lions side.

A court heard Jenkins set up a fake business encouraging people to invest their savings in a safe investment scheme.

The fraudster promised victims the scheme would guarantee profits and protect their initial investments.

But dad-of-three Jenkins never invested the money and instead used it to fund his addiction to betting on horse racing.

Jenkins, of Rhymney, near Caerphilly, South Wales, admitted nine counts of fraud by false representation and one count of producing an article in connection with fraud.

One of his victims was Stuart Lane, 65, a former Welsh international and British Lions rugby player, who lost £63,000.

He said the money was from savings and a pension lump sum, adding: ‘I am now unable to fulfil my retirement plans.’

Mr Lane added: ‘I had grown to trust Robert as a friend. I had known him for a long time. He totally betrayed my trust. This has left me feeling humiliated.’ 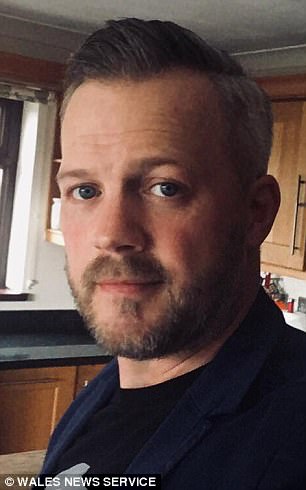 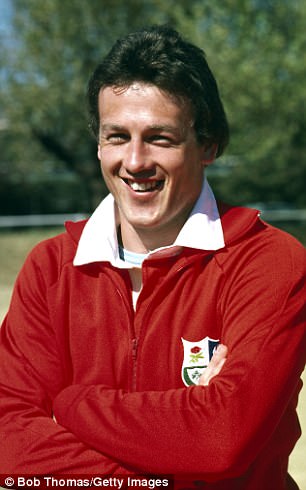 The brochure claimed his Jenko Investments business he was a ‘professional investor’ and it did not involve a ‘gambling scheme’.

Jenkins told investors he created a formula and algorithm on his computer to keep track of their investments – and claimed it would generate a profit of 45 to 50 per cent per annum.

He also gave each investor a monthly statement showing their investments were making healthy profits.

But the contents of these statements were completely fake, the court heard.

Mr Roberts said: ‘The so-called investment statements were fictitious and in no way represented the funds held or profits generated.

‘Detailed analysis of the defendant’s accounts shows there is never a positive figure but varying negative figures.

‘The reason for this is obvious. These monthly statements handed out to the nine individuals acted as a cover for a long standing and prolific gambling habit of this defendant.’

In 2014 Jenkins said all the money had been lost but he was unable to provide investors with an explanation.

Other victims included Royston Williams, who lost more than £45,000. In a victim impact statement read out in court, he said he felt ‘responsible’ for introducing family and friends to the defendant. 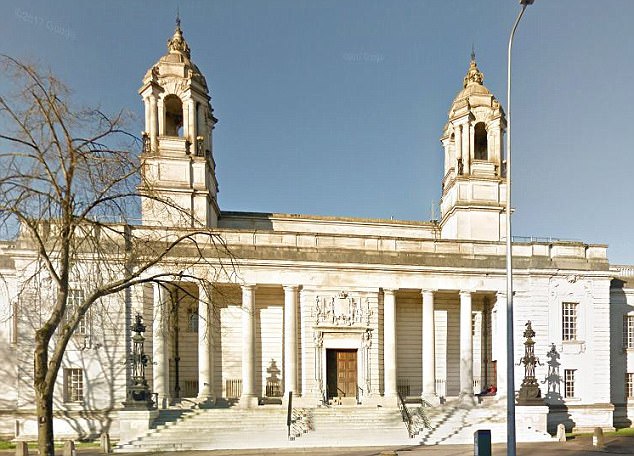 He said he regarded Jenkins as a friend and thought he seemed ‘genuine’.

Mr Williams said: ‘I had grown to trust him and believed what he said. He completely abused my trust. I know now that he lied to me from the start.’

He said he was ‘devastated’ by the amount of money he lost and felt embarrassed he had been conned.

The court heard he lost savings he was planning to use during his retirement and could not support his children as he would have liked.

His son Rhodri Williams, Royston Williams’ son, lost more than £4,000. He was planning to buy a house with his partner, but had to move back in with his father to save again for a deposit.

Neil Robinson lost more than £62,000, which came from inheritance and his father’s estate.

He said he was saving the money in order to pay off his children’s university loans.

Mr Robinson said: ‘As a result of the complete betrayal of trust, I felt very angry and could not believe what had happened.’

After the fraud came to light and all the money was lost, the police were called and Jenkins’s Mac computer was seized.

Jenkins has now been jailed for four years at Cardiff Crown court.

Judge Tracey Lloyd Clarke told him: ‘It is quite clear you were a very sophisticated fraudster.’

Heath Edwards, defending, said his client had no previous convictions. He described his client as a ‘family man’ who was previously a successful business owner employing 140 people.